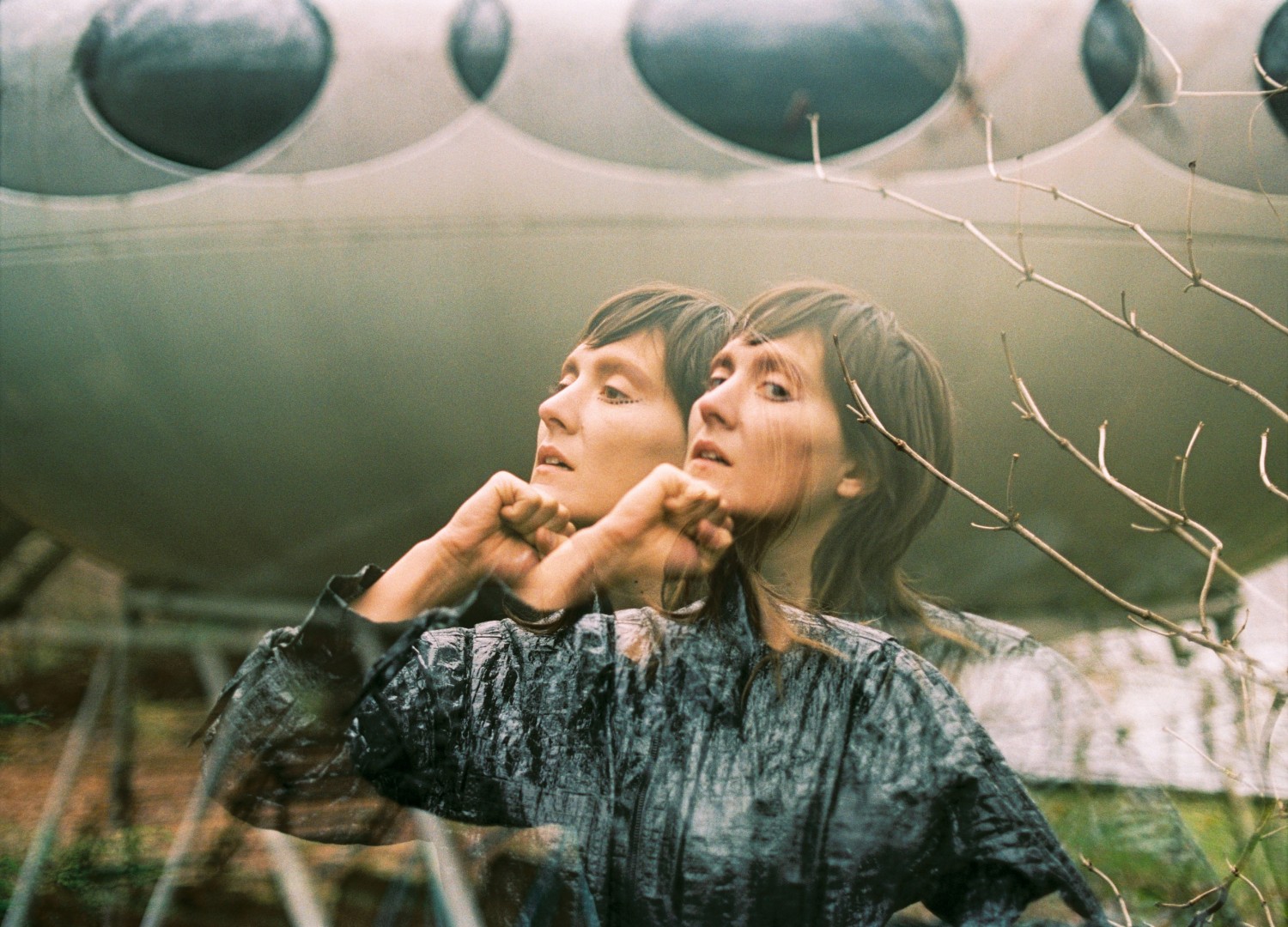 “Immigration is the sincerest form of flattery.”
Jack Paar

With Britain set to head to the polls in ten weeks time to decide whether to Brexit or Bremain, immigration and emigree have arguable never been more in the public eye. How will the decision affect musicians? Well basically, like on most subjects we just don’t know, what we do know though is that musical emigration is nothing new, just ask Welsh songstress Cate Le Bon, who swapped the green-grass of home for life on the West Coast when she relocated to Los Angeles in 2013.

Cate was of course following in the footsteps of numerous other British musical-migrants, who moved for artistic, lifestyle or tax purposes; The Rolling Stones famously shipped off to France following the release of Sticky Fingers to avoid paying an astronomical amount of tax that seemed to have slipped their accountants mind. Following the French route in recent years has been Pulp-frontman and occasional 6music presenter, Jarvis Cocker; Jarvis initially moved to France to marry Camille Bidault-Waddington, but following their divorce he has continued to reside in Paris, not that he isn’t back in England regularly, so regularly in fact that in 2010 he was announced as the official cultural ambassador for Eurostar, which we must admit we didn’t know existed either.

One of the most popular destinations for British musicians has, perhaps unsurprisingly, been America. The lure of large, cash rich audiences, and the economic home of the music industry is a fairly obvious draw, and everyone from Elvis Costello to The Cribbs has found the States to their liking. Even darling of the troups and quintessentially English startlet Gracie Fields moved to the states, allegedly on the advice of Winston Churchill, who suggested she, “make American dollars, not English pounds.” Surely some form of treason, even if a lot of the money made did go to the Navy League and the Spitfire Fund.

If it’s sounding like Britian is haemorrhaging it’s musical talent, plenty of other stars have swapped their homelands for our much celebrated shores. Indeed you can go back as far as the likes of George Frederic Handel, who moved to England to work for Queen Anne for a yearly income of £200, which we can assume went further in 1712 than it would near Hannover Square now, or indeed when Jimi Hendrix lived in the flat next door some 200 years later.

It’s easy to look at immigration with fear, to focus on the negative effects of outsiders coming into the country of your birth, but that is to ignore just how wonderful the flow of people has been for the world. When the world is focusing on the economic impact of migration, perhaps take a second to consider the cultural impact, to consider how our music, our film, our food, is really just a melting pot of ideas gathered from all corners of the globe. Without the influence of immigrants, we’d just be living on a grey island, eating well-done roast beef and listening to skiffle music. As a country Britain has become the country it is by embracing other cultures, and long may it continue to do so. 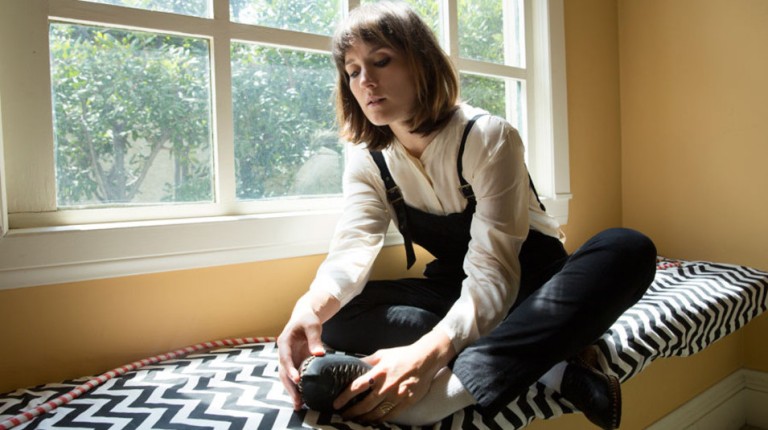 The story of Crab Day, Cate Le Bon’s fourth solo album, apparently started with her niece’s dislike of April Fools Day. She instead preferred to take one day a year to draw pictures of everyone’s favourite decapod crustaceans of the infraorder Brachyura. This mix of surrealism and homeliness is actually something of a recurring theme on Crab Day. Look beyond the weird imagery, jarring rhythms and seemingly cryptic stories, and this an album of quiet longing, subtle sadness and the affects of distance.

Take the excellent, I Was Born On The Wrong Day; it’s a tale of the actual discovery that due to a misplaced birth certificate, Cate had, for the best part of thirty years, been celebrating her birthday on the wrong day. A tale that’s disorientating, but deeply routed in Cate’s ideas about herself, her upbringing, her family. Musically, it’s pitched somewhere between Noel Coward piano-ballad and angular post-punk, resplendent with saxophone, while Cate’s vocal is just draw dropping, her range unfeasible, her falsetto crystalline and beautiful. Lyrically it’s laced with feelings of insecurity and unease, she seems almost lost, concoting bizarre phrases as if trying to work out exactly what she’s trying to say as she goes along, “oh teach me words like faith, put all your details in the ground, as if you don’t believe in stones, I’m going to cry in your mouth.” Cate remains a playful, imaginative and occasionally frustrating lyricist, much like the excellent DRINKS album from last year, Cate’s collaboration with Tim Pressley, she seems to set traps for the listener, as if daring us to read too much into her words, or to dismiss them entirely.

Fans of Cate’s previous output might find this album initially a little confusing, there’s something a little jarring about it, it’s not the entirely free, almost formless sound of DRINKS, but it still sounds just a little bit abstract. It has the feeling of being always one beat ahead of the listener, as if it’s almost absent mindedly drifted into new territories. There’s regular blasts of bassy saxophone, runs of percussive xylophone or marimba, guitars that are joyously angular, and sound slightly they’re going to wander off on their own and play a completely different song. When these element combine seamlessly we’re treated to some of the most exciting sounds Cate has ever produced; recent single Wonderful is the sort of angular wonky-pop that dreams are made of. It’s hectic and jarring, but packed full of melody, and has a chorus that sounds a bit like the entire band are falling down a hill in perfect unison, never missing a single beat.

I’m A Dirty Attic, couples a steady tick of a drum beat, and rhythmic piano chords with a beautifully meandering guitar line. It’s like musical modern art, individually the parts look a little odd, but taken as part of a the whole, the context of the lyrics and music hang together into a greater meaning. Lyrically she seems to be seeking some sort of higher understanding, “I was thinking about truth it’s not automatic.” Ultimately though she seems to come to some sort of resolution, that it isn’t always about discovering a higher meaning on your own, sometimes it’s about finding contentment in the presence of others, noting heartbreakingly, “I wanna make sense with you.”

There’s moments which make less sense, certainly on first listen it’s hard to break through the impenetrable lyrical wall of We Might Revolve, Yellow Bins Cream Shadow or Find Me. They’re not unpleasant, you’re still presented with the odd gorgeous melody, or intriguing sonic experiment, but they’re hard to love, or truly immerse yourself in.

The stand out moment on Crab Day, is in many ways also it’s most straight forward. Love Is Not Love is laced with the same slow guitar meander H.Hawkline perfected on last year’s In The Pink Of Condition, but what truly lifts the song is the stunning, melodious vocal. Whilst elsewhere on the album Cate almost seems to challenge the listener to find their own melodies, here it’s laid bare; in the melody’s utter simplicity is a pure kind of beauty, a melody that just sings to the listeners soul. Lyrically too it’s one of the albums most clear messages, here the message is clear and in lines like, “love is not love when it’s a coathanger, a borrowed line, or a passenger” or the quiet aching of the closing repetition of, “I don’t know how to love you”, Cate really taps into a very human, very relatable message. It’s simply the finest song she’s ever recorded.

Ultimately Crab Day is an album that rewards what you’re willing to put in as a listener, it’s unquestionably a challenging record, but Cate Le Bon has never been a straight forward artist. With repeat listens all those beautiful, poppy melodies, that Cate’s previous output suggests come very easily to her, as still present, they’re just not as obvious. Ultimately the world is a better place for the fact that ambitious, articulate pop like this exists, even if you do need to be willing to entirely immerse yourself in Cate’s world to realise that.