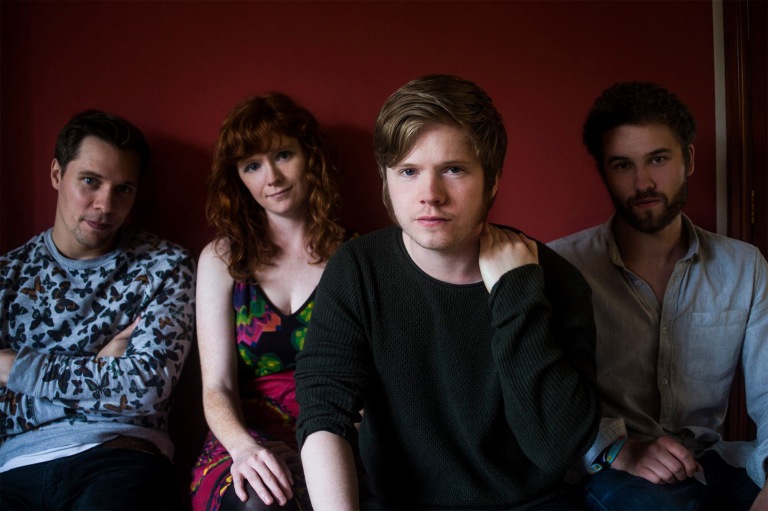 Who?
Why We Love are fronted by the Wellfair siblings, guitarist Joe and bassist Rachel. They’re joined by a second guitarist, Anthony Dodwell and a drummer, Matt Thomas.

What?
Essentially Why We Love dabble in guitar led indie-pop, in all it’s various guises. There’s some 1980’s jangle, some sun-drenched 1970’s harmonies, and a good whack of the back end of the early noughties indie boom, when the likes of Avi Buffalo, Clap Your Hand Say Yeah and Architecture In Helsinki made some criminally forgotten, and rather excellent records.

Where?
Although the band list both Cardiff and Bristol as their home town, a recent EP launch would suggest the band are now based primarily in Bristol. The second biggest city in the South of England, Bristol initially came to prominence on the back of it’s thriving shipping industry. The birthplace of Ribena, chocolate bars and bungee jumping, Bristol is also famously what many of us think Peckham looks like, as it was the actual set used for Only Fools & Horses. Bristol has a thriving musical scene, and a 2010 PRS survey suggested it was the most musical city in the country per capita. Famous musical residents have included the likes of Portishead, The Pop Group and Elizabeth Frasier from the Cocteau Twins, it was also where the founder members of Bananarama grew up.

When?
Why We Love first appeared on the musical map with their debut single, Patriana back in the heady days of May 2014. That year also saw the band support the likes of Slow Club, Teleman and The Wave Pictures, as well as releasing a debut EP, Fake A Death. Their second EP, The Boy You Knew, came out last month on My Little Empire.

Why?
From the opening strains of Staying Awake,  Why We Love’s new EP’s opening track, it’s quite clear that you’re in the indie-pop sweet spot. There’s just the right-amount of wistfulness, a decent dose of cracked emotive vocal and slice of dancing/yelping good times. It opens with a lightly strummed acoustic guitar, Joe’s frankly incredibly high-vocal and Rachel’s sweet backing harmony, there’s a touch of The Decemberists or The Spinto Band about it. From there the track erupts into life, the electric guitars sweep in, the bass is put almost inexplicably high in the mix, and the drums start to rumble; you can feel the first strains of the summer sun peaking out behind a cloud, you’re transported to the west-coast, to the world of Avi Buffalo or Real Estate, only with the gentle British melancholy of Camera Obscura or even The Smiths. As introductions to a band go, it really couldn’t be much more impressive.

From there, The Boy You Knew rattles through it’s five tracks of cooed harmonies, chiming electric guitars and sweet poppy hooks. Lucky One starts off all Dear Catastrophe Waitress era-Belle & Sebastian, throws in a chorus that’s the pure summer-groove of The Magic Numbers, and then really kicks into gear with a spoken-word monologue lifted straight out of the Los Campesinos! play book. Surrender adds a slightly darker edge to proceedings with an intro that’s the middle ground of Bruce Springsteen and Echo & The Bunnymen before taking a musical u-turn with the sort of sugary-sweet chorus The Delays used to throw around for fun.

The excellent Hit The Ground Running has a touch of The Shadows in it’s call and response guitar work, and a chorus that sounds quite a lot like James, whilst closing track, When The End Came is fantastic. It bounces in on a rattling bass-line and sounds a bit like The Cure if they’d gone on an 18-30 package holiday and lost their goth luggage on the way, Joe sings “you said it was a shame when the end came”, and we can’t disagree, more of this sort of thing please.

Why Not?
At times Why We Love fall back on the same musical ideas a little too regularly, and certainly not every track requires the omni-present oohing of the backing vocals; that aside though this a highly encouraging start for a band with a clear ear for a pop song. Safe to say you can mark them down as very promising indeed.

The Boy You Knew is out now via My Little Empire. Why We Love play Cardiff on May 26th – click HERE for details.