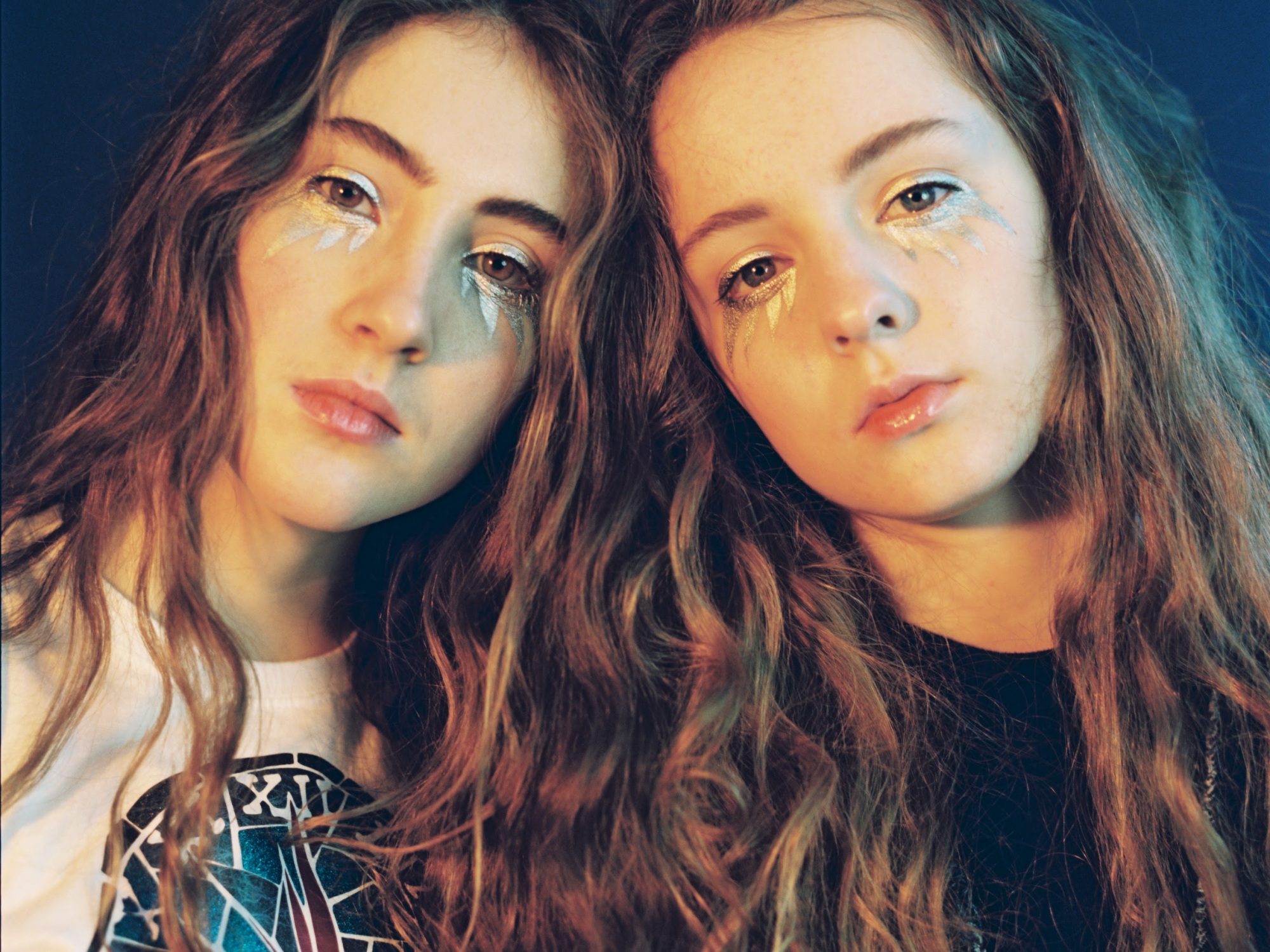 Who?
Named after a famous grammatical error, Let’s Eat Grandma are the 17-year old duo of Rosa Walton and Jenny Hollingworth. Their debut album was recorded with Will Twynham, best known as the man behind Hand Of Glory Records.

What?
It’s quite possible that Let’s Eat Grandma sound like the future of music, they’re completely unclassifiable. This is the sound of a duo whose taste in music has formed not from a narrow music collection, but from the eclectic world of streaming. How else can you explain a debut record that seems to borrow from every genre imaginable in equal measure; there’s nods in the direction of psych-folk, R&B, hip-hop, freak folk, classical music, pop, jazz, even metal, but rather than sounding like an unpleasant experiment in genre-fusing, this just sounds like the music in their head. Musically it’s incredible ambitious, they may have started off writing on an acoustic guitar and a ukulele, but their repertoire now includes saxophone, piano, mandolin, drums, synthesizers, harmonica, recorders and whistles. It sounds every bit as versatile as you’d imagine.

Where?
Let’s Eat Grandma are based out of Norfolk’s only city Norwich. Home to over 140,000 people, prior to the industrial revolution Norwich was the capital of the most populous county in England, although Norfolk does now languish down in 26th. Norwich is well known for its literary heritage, it was the site of the first provincial library in England and was the first city to implement the public libraries act. So literary is Norwich that, in 2012 it was declared England’s first UNESCO city for Literature. It’s perhaps because of all the reading going on that Norwich hasn’t produced all that many bands, although they have given the world Bearsuit, Sennen and The Kabeedies.

When?
The duo originally formed back in 2013. They gradually learnt to play numerous instruments and expanded their sound, they then holed up in an analog studio located in a nuclear bunker and set about recording their debut album, I, Gemini. They released their debut single, Deep Six Textbook in February this year, and I, Gemini came out last week via Transgressive Records.

Why?
We would challenge anyone to listen to I, Gemini and not find it utterly intriguing. It’s a record that sounds not only unlike anything we’ve ever heard, it doesn’t even really sound like itself. One minute you’re on opening track Deep Six Textbook, a song that fuses Beach House’s spacey organs, with musical nods to Warpaint and Joy Division, the next you’re on recent single Eat Shiitake Mushrooms, which is somewhere in the middle ground of Joanna Newsom, Lau, Lily Allen and The Streets. Let’s Eat Grandma don’t seem to care for being pigeon holed, even within a single song.

Let’s Eat Grandma are in many ways a hyper-modern band, a band who exist in a world with little attention span and no boundaries. Sax In The City starts with wheezy accordion and harmonica, a gentle organ buzzes in, and the beguiling Coco Rosie-like vocal harmonies enter. Then suddenly a saxophone swells in, a sort of Tom Waits bar-room honk with a slight hip-hop swagger. It shouldn’t work at all, but it does, even the words they choose are incredibly modern, it’s lyrical people watching and a warning about being obsessed with technology, “get off your device and concentrate, the cars about to hit you.”

The vast majority of the tracks on this record are equally unlikely successes; Chocolate Sludge Cake builds in slow motion, the gentle textures, and slight medieval instrumentation recalling Pentangle or Midlake, then a ragged, industrial synth cuts in, and it morphs into Warpaint singing about a disdain for coffee cake. Sleep Song is a sea shanty sung through a megaphone, and the two parts of Welcome To The Tree House are an epic blast of gorgeous melodies and jarring noise.

Arguably the two stand out moments on the record are its two most contrasting. Chimpanzees In Canopies is almost trad folk, it’s built around a rattling mandolin and a bassy fiddle, the beauty is in the crisp harmonies, easily the match of The Unthanks or Fleet Foxes. If Chimpanzees In Canopies is spectacular because of its minimalism, Rapunzel is anything but. Starting with a gorgeous and meandering, almost classical piano intro, the vocal enters as an anxious yelp, and one of the most disturbing opening lines you’re likely to hear, “my cat is dead, my father hit me.” The whole thing is claustrophobic and pained, its dense layers hiding a gothic unease, which PJ Harvey or Nick Cave would be proud of.

Why Not?
Lyrically we have very little clue what they’re talking about, there seems to be a song about cake, another one about mushrooms and a dark reclamation of the tail of Rapunzel, but for the most part it’s a touch baffling. That said it’s musically remarkable, and the song titles are brilliant, so we’re more than willing to let that slide.

I, Gemini is out now via Transgressive. Let’s Eat Grandma play numerous festivals and shows this summer, click HERE for details of all upcoming shows.