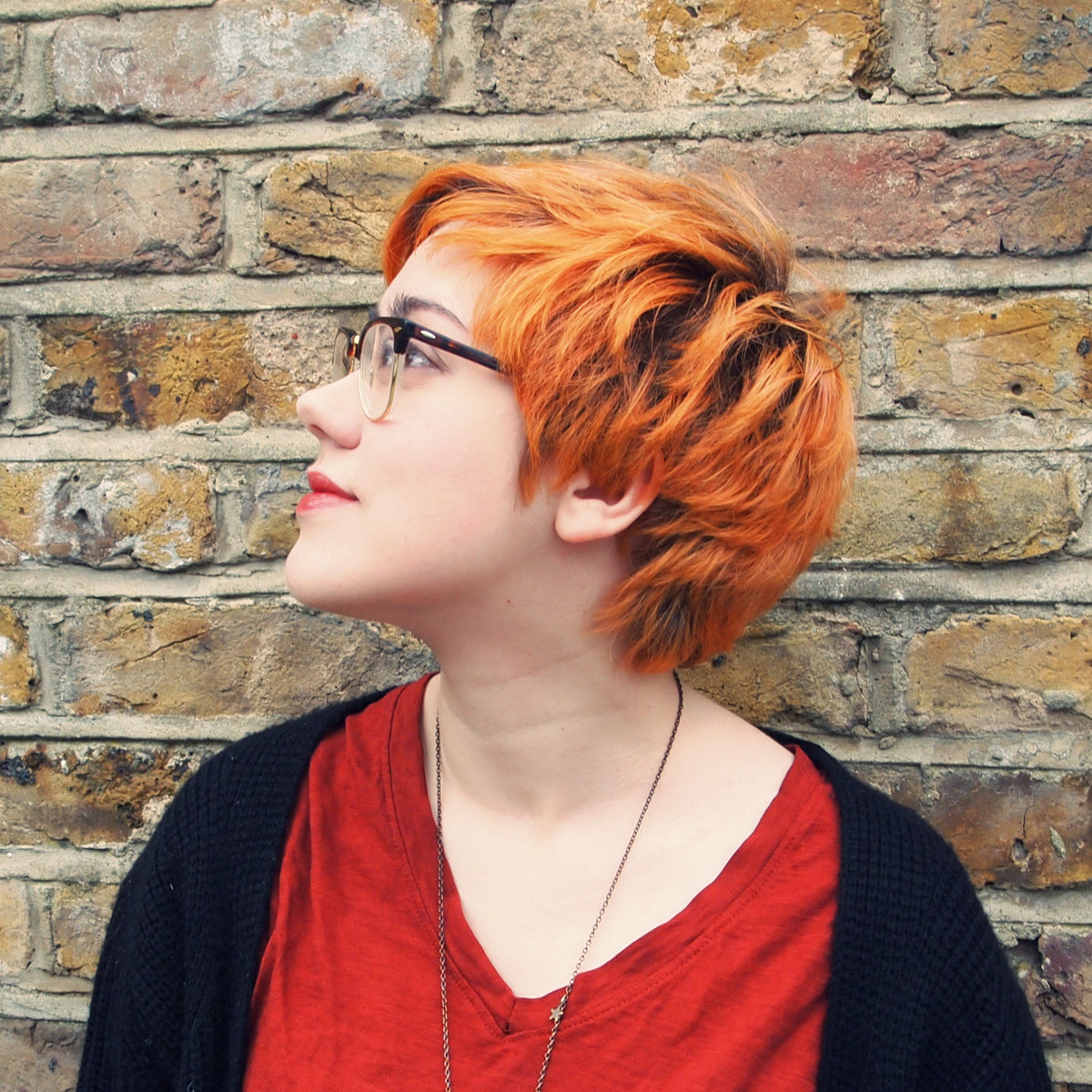 Twitter is a fascinating resource in this time of musical uncertainty; one thing it allows is musicians to express doubts and concerns about exactly what the point of music is. One such debate was occurring the other day; the debate was whether or not promoting your music at times of political, social and economic unrest was appropriate. Whether non-political discussions were getting in the way of the bigger picture? And whether in times of unrest people actually had any appetite for interacting with new art, in particular if the art didn’t have an overtly political narrative.

The debate intrigued us, as music fans our natural instinct was to cry the world must go on. The promotional cycle continues, music is still being released because people need music. Plenty of research backs up this theory, evolutionary psychologists suggest that while music is not vital for our survival in the same way as food or reproduction, it is comparable to a technological advancement, it has served so many useful purposes and has so many positive impacts on our lives that we have no developed a natural instinct to keep it close to us. All very interesting of course, but in many ways it doesn’t explain our desire for new music; musicians obviously get much out of making music, it remains arguably our most flexible method of communication, as well as being a brilliant source of brain development and exercise. But as a listener what is the point of new music?

Much of our desire for new music can be thought of in much the same way as we enjoy anything new. Our brains are keen on new things, keen on new experiences and keen on novelty. Studies have shown dopamine levels spike in the presence of novel experiences, as such our brain craves new experiences, and the more new stimuli we expose it to, the more we want to expose ourselves to something new. So essentially, people like us are new music junkies; we crave new music, we find new music, and it just makes us want more of it. It’s a cyclical journey in search of something fresh and inspiring, give us that sweet dopamine hit and we’ll just want it more.

This of course can be tied back into the idea of how does music fit into the bigger picture, arguably at the moment we’re being flooded with novelty. The news seems to be flinging more and more new concepts, ideas and disasters at us, and like the dopamine junkies we are we lap it all up, but what happens when the news dies down? As much as we might be terrified of the future, we’re also addicted to the thrill of it, and when the current turmoil dies down and things begin to resemble normality, well we’re going to need something new to fill in the novelty vacuum, and music and art will be there for us, just like they always have been. We won’t begrudge you telling the world about your new album, sure some people might not need it right now, but one day they will.

Deerful is the solo musical project of Emma Winston; London-based musician, academic, and collaborator with the great and good of the Indie-Pop world. Emma’s previously worked with the likes of Darren Hayman, Owl & Mouse and Pete Astor, which in our eyes is pretty much a perfect musical apprenticeship. The Deerful project has been active since the early part of last year, Emma contributing a track to the wiaiwya, James Bond themed project, A Girl And A Gun, and following it with her exquisite debut single Moon Maps/Hush, on the same label.

The first steps away from the single format into something more nourishing, is always an intriguing period to experience any musician, how often have bands offered up a fantastic single only to fall flat when confronted by the freedom of the extended or long play format. Thankfully on her debut EP, Staying Still, Deerful navigates these tricky waters with the ease of a seasoned professional. The four tracks that make up the record were written and produced by Emma, using just an iPad and her impressive collection of miniature synthesizers, and then mixed by Darren Hayman.

Considering the DIY approach to the recording, it’s a remarkably lush sounding collection; the various layers of burbling synths and processed beats creating not the cold, mechanical soundscapes usually associated with electronic music, but something remarkably human, warm and in a way fragile. It’s also perhaps that whilst this is electronic music, the influences seem to be borrowed from a far wider pallet, yes there’s more than a touch of The Postal Service in the instrumentation, but the melodies seem to lean on other touchstones for inspiration. The beautiful Better wouldn’t sound out of place alongside Julia Holter or Marissa Nadler, while the waltzing splendour of The Waves nods in the direction Yann Tiersen, but also Joanna Newsom or Beirut.

Much of the records lyrical inspiration seems to come from a desire for escapism, the record was written during a period of depressive illness, and is clearly a very personal and in some ways insular record. That is not to say it is an entirely down beat or hopeless, it’s just very human, with all the ups and downs that come with that burden. Throughout the record there’s a quiet longing for an unknown future, equally present in the opening track Some Nights and the closing Two Thousand One Hundred And Sixty. What changes across the album isn’t so much the story as the protagonist. At the start we find our protagonist literally fleeing, “you realised the city didn’t love, you were drinking in the sinking sun with all your friends and so you ran away and paid no mind to all the ties that used to bind you.” However by the time the record draws to a close there’s a more optimistic tone, as if there’s a light at the end of the tunnel, and a desire not to flee from your demons but to face them, as she puts it, “you’re lost, but you want to be found.” Ultimately there’s redemption, and a casting aside of those that hold you back from finding your own happiness, “I just want you to know me, but the end for you is a place where I begin.”

There’s plenty of moments across the record where self-doubt creeps into the narrative, but also there’s regular references to life not being exactly as we expected it to be, a feeling that’s somewhat omnipresent in the millennial generation, we grew up thinking we could be whatever we wanted, but reality bit and creativity got sidelined. This dissatisfaction is there in Better where, tinged with regret, she notes, “I believed my life would be exactly as I made it” and the theme recurs in The Waves, “she wishes to be a poet, a lover, she wishes a life that is different and new.”

Whilst it’s lyrically intriguing, it’s a record that truly shines because of the quality and diversity of the songwriting. The downbeat Better, builds from a single pulsing note, that gradually broadens into something wide and expansive, the track totters on the edge of breaking out into something altogether more intense, but seems to stop short, mirroring the low-key lyrical themes, the beautiful outro hinting at the sun-drenched electronics perfected by Broken Social Scene. The Waves sound not unlike the soundtrack to an imaginary Zelda game, as if it’s painting a portrait of a world of twirling princesses and knights in shining armour, but with the subtle feeling the princess is about the slaughter the lot of them and take the kingdom for herself.

The finest moment though is left until last, Two Thousand One Hundred And Sixty is just a sublime piece of early-naughties leaning synth pop, there’s more than a touch of Bloc Party in the vocal melody, but also something of the chaotic exuberance of Architecture In Helsinki. The instrumental breaks are fantastic, lush electronic sound beds with multiple loops and melodies competing to be heard without ever truly intruding on each other’s territories, it’s these sorts of clever musical touches that truly lift this record. It’s a fascinating hint at what Deerful might be capable of, but more than that it’s already a very interesting release in its own right. Staying Still? We wouldn’t bet on it.

Staying Still is out now via Gare Du Nord (Available HERE) Details of all upcoming Deerful shows are available HERE.

One thought on “Deerful – Staying Still”