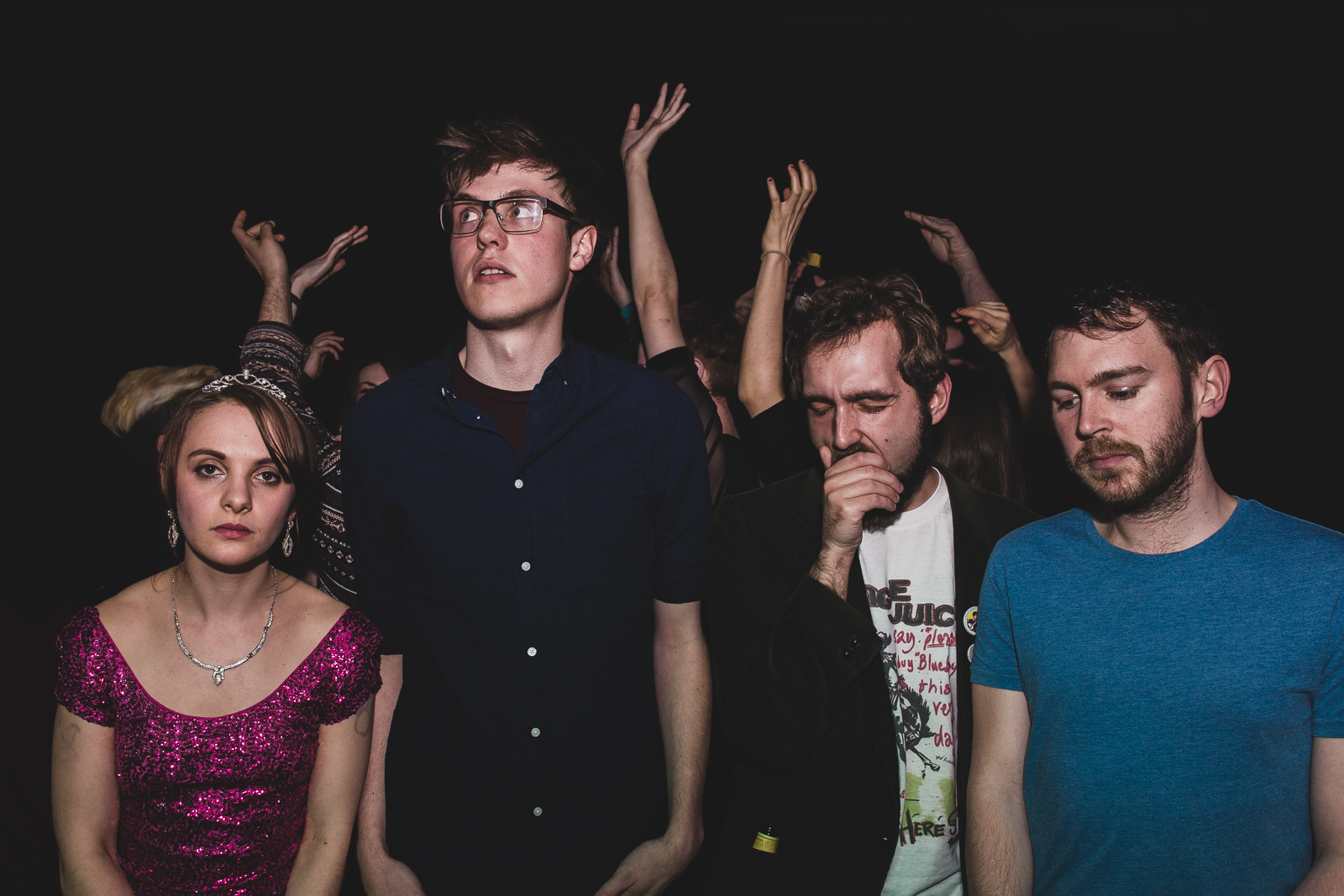 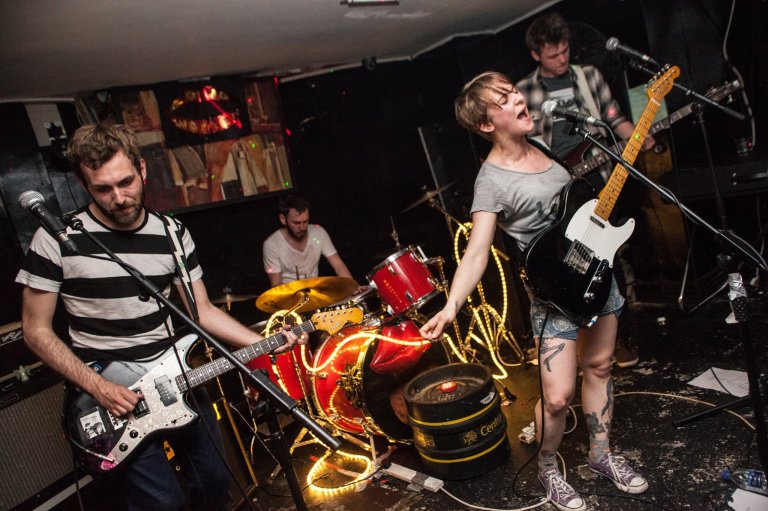 Who?
Fightmilk are a band consisting of four seemingly un-surnamed members. Nick plays the drums and is considered the most responsible, Adam is the bassist and apparently the handsome one, Alex plays guitar, sings and makes mix-tapes and Lily Rae is a “sequinned dressed guitar vixen” as well as the band’s resident gob-shite with a microphone (Fightmilk’s word not ours).

What?
Fightmilk might claim their passion for pop music is down to not being, “clever enough for odd time signatures and unexpected chord changes”, but we’d argue that a good amount of their charm is in the pop-sheen they place on their noisy garage-punk back drops. Ragged, driving guitars, pounding punky drums and Lilly Rae’s effortlessly cool and sonically stylish vocal. These are upbeat tracks for sweaty club shows, and as the band put it, you can dance to all of their songs apart from the slow ones, though they’d like you to try and dance to those too.

Where?
Fightmilk are described rather confusingly as from Uxbridge, and also not from Uxbridge. Located in the West-London borough of Hillingdon, Uxbridge is a town with a population of just over 50,000 people. Historically part of the Hillingdon Parish in Middlesex, Uxbridge was swallowed up by the rapid suburban growth of London in the 20th century and incorporated into Greater London in 1965. Uxbridge was the site of negations between Charles I and the Parliamentary Army in the English Civil War, as well as being the main place for the co-ordination of air defence in the Battle Of Britain and being the home to convicted Mafia boss Domenico Rancadore, who lived peacefully in the town undetected for 20 years under the pseudonym Marc Skinner. Whilst famous residents are a little slim on the ground Christian Keeler the model at the heart of the Profumo Affair, actor and director Bernard Miles and creator of the light sabre, John Stears all have connections with the town. Although not many musicians have links to the area Carl Barât from The Libertines did study drama at Brunel University.

When?
Fightmilk formed in 2015, and cite a series of breakups, mundane jobs and Carly Rae Jepsen soundtracked dance parties as the catalyst for their formation. Earlier this month the band self-released their debut EP, The Curse Of Fightmilk.

Why?
Ever wondered what would happen if you combined the energy of American punk-pop, with the sweaty glamour of the English punk underground? We hadn’t either but in their blending of Tacocat’s ebullience and The Long Blonde’s faded British glamour, Fightmilk may just have found a winning blend of transatlantic influences that creates something rather special.

The bands debut EP, The Curse Of Fightmilk opens with its finest moment, the near universally applicable warning shot of Admin. “I’m not even sure what my job is, I get up at dawn and spend the whole day here” crows Lilly Rae echoing the sentiment of anyone who’s ever taken an office job to pay for their secret life doing what they’re actually passionate about. She decries all the of office bull-shit from pencil skirts to leaving drinks and concludes, “what a time to be alive, we do what we need to survive, I can’t believe I’m 25…in admin.”

The EP next flows into Jesse, a classic tale of unrequited love, stumbles into gloomier musical territory, with an intro lifted from a Phil Spector girl-group classic it morphs into the sort of articulate emo-punk that Brand New made a surprisingly enduring career out of. Elsewhere Your Girlfriend suggests an appreciation for the slacker-rock of Pavement or Evans The Death; the track builds around huge expansive guitar solos and crashing collapses of drums, the music underpinning a tail of secretly wanting your ex-back as you try and pretend you really love his new squeeze, Lily Rae emotively shrieking “I’m proud to be your third wheel, she’s such a lucky girl, I wish that I was her.”

Closing track, Winter Boy, is probably the most straightforward track, a two minutes forty eight second blast of riotous punk thrills, the gun shot like snare hits are particularly thrilling. There’s a slight shade of the almost cabaret-like delivery of Amanda Palmer as Lily Rae muses on trying to love someone who’s emotionally closed off from the world and drags you away from your naturally sunny outlook.

Why Not?
Some people might enjoy their thrills a little more subtle and nuanced, but that’s not really Fightmilk’s bag. They’re a thrillingly raw band, and at this stage of their musical development who’d want anything less? Very promising indeed!