In a year of unlikely stories from President Donald Trump to a Nobel Prize winning Bob Dylan, the story of 21-year-old, Mansfield songwriter, Georgie, ending up in Richmond, Virginia working with Matthew E. White and the Spacebomb Records house-band is still pretty remarkably odd.

One way or another Matthew got his hands on Georgie’s demos, and liked what he heard enough to get on the phone, invite her out to his studio and sign her to his label. That said one listen to Georgie’s debut single, Company Of Thieves, goes a long way to explaining why she appealed so much to the soulful side of Matthew. Georgie’s voice is a powerful, soaring, soulful vocal destined to draw the obvious comparison of Amy Winehouse, although with Spacebomb’s slinky, bass-propelled backing, Company Of Thieves is probably closer musically to 1960’s guitar pop or the recent output of labelmate Natalie Prass or a much more polished Frankie Rose.

Georgie came back from the initial Spacebomb sessions with four tracks which she’s drip feeding the world with, before she heads back to Richmond to finish her debut album. In the meantime Georgie’s just toured the UK supporting Jake Bugg, and is about to head out with Blossoms, suggesting 2017 is going to be a huge year for this most talented of voices, described by one writer as, “like a cup of freshly brewed black coffee.”

Today Georgie was kind enough to answer some of our questions discussing topics from her musical influences, the fine line between authentic and retro and her plans to bring music back to Mansfield. 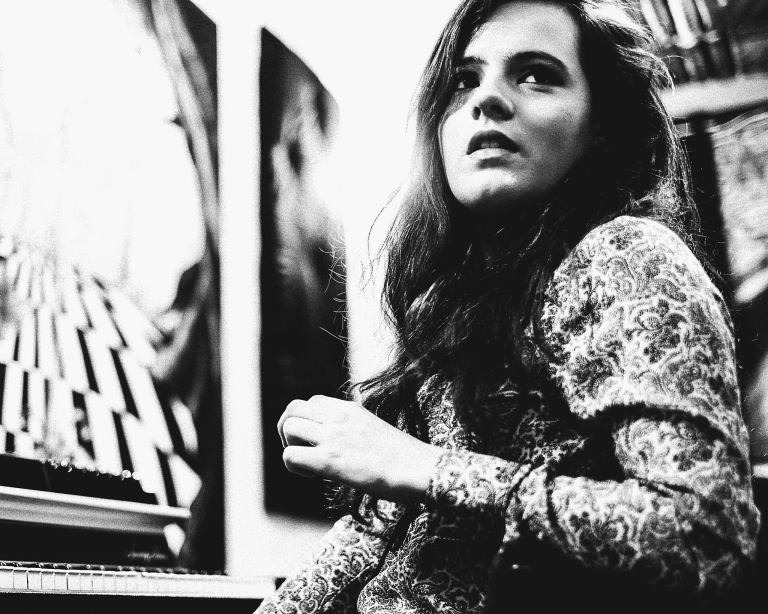 FTR: Who is Georgie?

Georgie is a girl from Mansfield, who writes and sings songs and loves music.

FTR: You’ve just released your debut single, Company Of Thieves, what can you tell us about the single?

The single I think is very direct and defiant and I think that comes across with the music, production and of course the lyric. Matthew definitely helped me get that across in terms of the production. When the song was written I knew how I wanted it to be as I knew on a personal level what it was written about.

FTR: How does a singer from Mansfield end up in Virginia working with Matthew E. White?

He heard my demos and I guess he liked what I was doing. I’m a massive fan of Matthew so it was amazing that I could work with him. The first time I spoke to him was over the phone and it was quickly after that I was pretty much on a plane to Virginia. 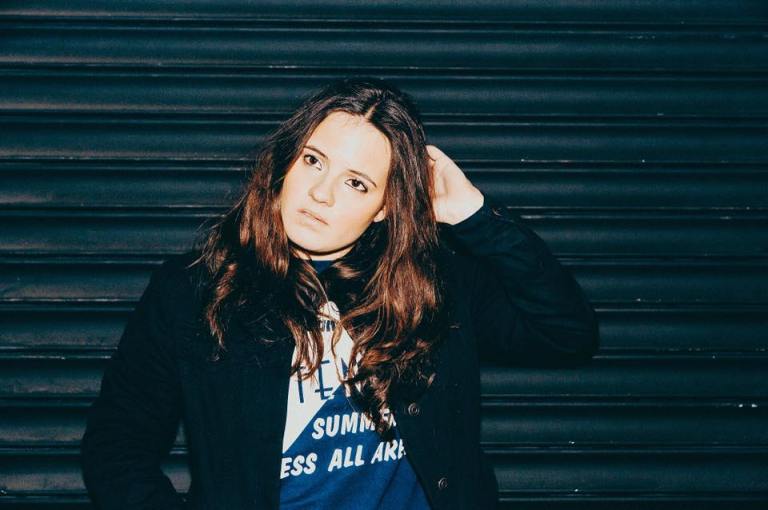 FTR: What was it like working with the Spacebomb house band?

Incredible. The level of musicianship was out of this world and especially as a singer songwriter it was always what I’d dreamed of. They made the songs come alive in a way I always hoped for. It was a laudable and an inspiring experience.

FTR: Spacebomb has worked with some amazing female vocalists, how does it feel sharing a label with artists like Natalie Prass and Julien Baker?

They are incredible artists that are so inspiring to me. I love that Natalie Prass Side by Side live at Spacebomb album, it’s everything I love about music. So yeah when I think of it like that, it’s pretty special.

FTR: What can you tell us about your future plans? Are you working on an album?

I have another UK tour coming up this year with Blossoms and then I head back out to Richmond Virginia in January to finish the album.

FTR: What’s the music scene like in Mansfield? Any bands we should be looking out for?

Mansfield unfortunately hasn’t got much music wise so would be nice to give back to the community in that way one day. A load of venues closed down when I was growing up so I used to play in small pubs but I headed in to Nottingham where the music scene is buzzing, so many great venues, promoters and bands.

FTR: You’ve just finished touring with Jake Bugg, and are heading out again supporting Blossoms? They don’t seem obvious matches with your sound, do you enjoy challenging audience’s conceptions?

Yeah for sure and to be honest I just love getting up on stage doing my thing and playing music and if people don’t like it they don’t I suppose, but yeah always nice to convert people to a sound they wouldn’t before necessarily go out and buy but we’ll see what happens. I love Blossoms and that album, so should be fun and I’ve met them when we did a show together. The Jake tour was great and each crowd was super attentive and I think we were well received.

FTR: What can people expect from the Georgie live show?

A whisky holder and hopefully great music. I always give it everything, so I won’t let you down!

For many reasons. Definitely because I love it and have a passion for music, sound, songs, lyrics and every aspect really. I probably started out because I just found it as a way to express myself and as a teenager growing up that’s important and I was very luck to be able to do that. And i guess I always wanted to make it a career so I could be doing it every day.

FTR: A lot of reviews mention the retro sound of your music, is that something you feel comfortable with?

Yeah sure people will pick up different things and I’m not uncomfortable with what anyone’s said yet. I love the warmth that Matthew brings to records but I also think he does it in such a modern way. But keeping alive that authenticity in music is important and that’s what I see retro being.

FTR: Who are your influences? What did you grow up listening to?

I have many. I grew up listing to lots of music from the likes of Fleetwood Mac, Aretha Franklin, Carole King and old blues guys like John Lee Hooker. I used to buy NME magazine every week with my dinner money and listen to stuff they recommended like; Laura Marling, Amy Winehouse and bands like Arctic Monkeys. I’m inspired by those strong female characters though such as Patti Smith, Stevie Nicks and Janis Joplin.

FTR: What about outside of music, what inspires you?

Everything. I think life in general is inspiring and that’s what creates music that goes on to inspire other people. I think as a songwriter you’re like a sponge and tend to soak up everything that goes on around you. I have to sing songs that are authentic and mean something to me.

FTR: What are your aspirations for your music? Do you see music as a viable career?

FTR: What’s next for Georgie?

Making a record and we’ll see what happens from there. Hopefully lots of shows and whisky and more shows and more songs and more fun.

Company Of Thieves is out now via Spacebomb Records. Click HERE for details of all upcoming Georgie shows including her tour with Blossoms.