Back in July, ¡Ay,Carmela!, the London-based trio led by the songwriting talents of Carmela Pietrangelo, released one of indie-pop’s finest debut albums. From the energetic over-driven indie-pop of Crying In Public through to the garage stomp of Dog Tired, Working Weeks was full of energy and hooks; what was even more interesting though is what else was on offer. The guitars from Birds that were infused with a North-African lilt, the moody almost post-rock atmospheres of Brother, the explosively angsty Separate – Working Weeks was simply bristling with ideas

With Allo Darlin’ leaving the scene, there’s arguably a hole at heart of the indie-pop scene, but with the likes of ¡Ay,Carmela! leading a gaggle of young pretenders, don’t expect it to stay empty for long.

The Orange Glow, the latest album from Elizabeth Le Fey, or Globelamp to use her stage name, is a fascinating piece of work. It is an uncompromising and often brutal musing on an abusive relationship, the imbalance that still exists in the way the world perceives the two genders, and the difficulty in both having your story heard, and having it believed.

The Orange Glow seemed an album that existed outside of musical trends, influenced as much by the psych-folk explorations of Pentangle or Vashti Bunyan as it was by any of her contemporaries. Musically, it is a record that slowly unveils itself to the listener, the production never short of stunning, cleverly layering fascinating vocal melodies atop the often skeletal backings of an easily strummed guitar, twinkling piano and percussion that drifted in and out of earshot. An emotive, powerful and sometimes harrowing album, The Orange Glow suggests Globelamp is both a survivor and a musician with a huge future ahead of her.

18. Martha – Blisters In The Pit Of My Heart (Fortuna Pop)

Blisters In The Pit Of My Heart, the second album from Pity Me-punks Martha, might not have been a huge stylistic step on from their debut album, but it did go a long way to cementing their place as one of the best-loved bands currently operating on the British underground.

Reviews often make much of Martha’s politically motivated pop, but whilst Blisters In The Pit Of My Heart was dotted with political references, it was for the most part about the personal journey of growing up and coming to terms with the fact life isn’t always as easy as you’d hoped it would be. Ultimately this record just sounds more Martha than ever; dialling up the sing-along choruses, blistering guitar lines and heartbreaking lyrics to new levels of pure musical joy. It’s hard to know what’s next for Martha, how far can they stretch this template without losing their intrinsic lovable, Marthaness? For now they remained utterly charming. 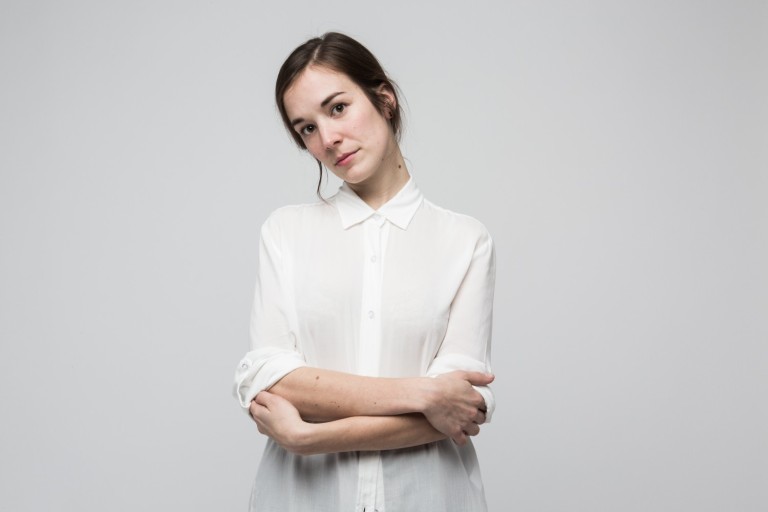 Some artists take time to find their sound, their place in the musical landscape; others, like Margaret Glaspy, seem to arrive perfectly formed and instantly strike a chord with the masses. Margaret seemed to appear at the start of the year with little fanfare but by the time her debut album arrived the slow drip of praise coming her way had built into a tsunami of hype, which remarkably it more than lived up to.

Built largely around Margaret’s dexterous and creative guitar playing, Emotions & Math is in many ways quite a minimal record, Margaret for the most part backed by little more than just drums. That doesn’t stop Emotions & Math from being quietly ambitious, like a musical magpie it hops from genre to genre borrowing influences from wherever they appear. There is the storming alt-rock of You & I, the gently jazzy Anthony and the almost unclassifiable brilliance of Parental Guidance, a track part Beth Gibbons, part Neil Young and the equal of either. Whilst it could have become a little unfocused in lesser hands, pinned together by Margaret’s gritty, rasping vocals. Emotions & Math, like its title is half passion and raw feelings, and half immaculate and intelligent composition, carefully blended together they make for a fabulous record. When Kiran Leonard first emerged into the musical world back in the late noughties, he always appeared a fascinating prospect, seemingly limitless ambition combined with some truly impressive musical talent to form a heady, if sometimes aimless mix. With the release of this year’s Grapefruit, Kiran harnessed that unquestionable talent into something both intriguing and perhaps more importantly, very enjoyable to listen to.

Who releases a sixteen minute  single? Well in the complex and mammoth pseudo title track, Pink Fruit, Kiran Leonard did, and it was bonkers and remarkable in equal measure. Elsewhere Secret Police is somewhere between Radiohead and a Bond theme, while Don’t Make Friends With Bad People starts off as a ditty for a Medieval Court, but rapidly descends into cacophonous noise and a mention of Bob Bradley (we’re still not sure if he means the Swansea City manager or not). Lyrically, Grapefruit is like that incredibly difficult jigsaw puzzle your uncle pulls out on Boxing Day, we’re still not getting much more than the odd corner, but we might be getting somewhere by New Year, if only it wasn’t a picture of a Blue Sky with the only the odd wispy cloud to go on. Challenging and ambitious, but nowhere near as intimidating as you might imagine, Grapefruit isn’t just the most eclectic album of the year, it is one of the best.

There can have been few more monumental rises in 2016 than that of Lucy Dacus. What started with an entirely un-hyped release on a small label in her native Richmond, resulted in massed critical acclaim, and a record deal with Matador Records; but then if you write an album as good as No Burden, perhaps you shouldn’t be too surprised.

Whilst sometimes pigeon holed as a folk singer, No Burden is actually an eclectic affair, I Don’t Wanna Be Funny Anymore is an over-driven ode to trying to fit in, while Direct Address is a bruising exploration of lost loves with crunching drums and beautiful swells of electric guitar. Best of all is Map On A Wall, the album’s seven and a half-minute centre-piece, building from a lone, almost absent-minded guitar line, it slowly swells to bruising crescendos, before collapsing rapidly back to just Lucy, as she sings heartbreakingly, “oh please don’t make fun of me with my heart of gold, and my restless soul, oh please don’t make fun of me, this smile happens genuinely.” No Burden is an album loaded with self-doubts and heartache, but more than it is a beautifully honest affair, Lucy leaving a piece of her sparkling self on a slab of vinyl, and sharing it with the world, in doing so she has created something powerful, inspirational and very important indeed. 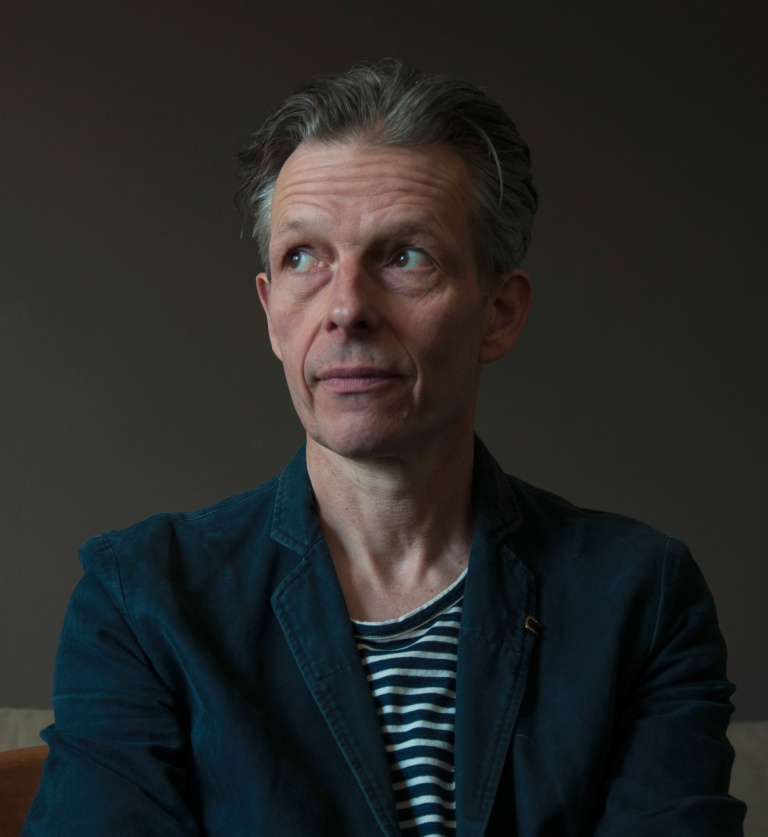 He might have been releasing music longer than most people on this list have been alive, but 2016 saw Pete Astor roll back the years with Spilt Milk, arguably the finest record of his decorated career. Whilst Pete now spends more of his days lecturing at Westminster University than he does on the road, Spilt Milk showed he’s not lost any of his abilities with a pop song.

From the chugging Really Something to the effervescent bounce of My Right Hand, Spilt Milk is a masterclass in wistful jangle-pop. Drums tick steadily and acoustic guitars strum rhythmically as the lead guitar picks out the most wonderfully lackadaisical licks. Lyrically it is sublime, Pete’s often hilarious tales of heartache, misplaced self-importance and feeling like, “Groucho in a club of one”, seemingly as influenced by Peter Cook & Dudley Moore as they are by the English Masters, Ian Dury and Ray Davies. It isn’t flashy or groundbreaking, it is just brilliantly crafted bedroom-pop from one of the countries finest and most under-rated craftsmen.

Three years in the making, Shoo, the debut album from Lionlimb, the duo of Stewart Bronaugh and Joshua Jaeger, is quite possibly the year’s most ambitious undertaking. Recorded with producer Robin Eaton, after laying down the bare bones, Stewart proceeded to let his creative excesses run-wild, and with pretty much every instrument he could place his hands upon, created densely layered pieces, before painstakingly peeling back the layers to reveal what they had created.

The production isn’t the only ambitious part of this process, because Shoo is one of the most complex and fascinating records of the year, citing influences from Miles Davis to Elliot Smith and Robert Schumann to Jackson Pollock, these were never going to be straight up pop songs. From the brooding and atmospheric Hung to the contrastingly smooth and energetic Turnstile, Shoo drifts by in a sweet blur of hushed melodies and often arresting tempo changes. Whilst Stewart is the man behind most of the ideas on show, in Joshua’s performance they also have probably the outstanding drummer of the year; creative, complex and tight as band t-shirts in the mid-noughties. That Shoo is a debut record made the achievement all the more remarkable, how on earth do you follow this? Well let’s just hope we don’t have to wait another three years to find out.

On Dusk, their third album, Ultimate Painting delivered a masterclass in Autumnal shades and gentle, drifting pop music. These songs dip their toes into subjects from the bleak economic outlook, to craving a simple life, and the underrated genius of ex-Rolling Stone Brian Jones, but for the most part these songs are the perfect soundtrack to quietly going about your everyday life, not mundane or boring, just revelling in life’s little details.

Dusk is an album of subtle, understated beauty; from the clever layering of instruments, to the entwining of the two often indistinguishable voices, throughout Dusk there seems to barely be a wasted note, every minute detail adding to the beauty of the piece. Recent single Monday Morning Somewhere Central is a stunning rumination on how two lives can run parallel to one another without ever quite crossing, Bills sounds like the best Beta Band song you could imagine, while Silhouetted Shimmering is just a perfectly judged haze of buzzing harmonium, and the laziest, most beautiful guitar sound, that in doing so little it manages to sound so absolutely beguiling. Both members of Ultimate Painting may have found a modicum of fame and acclaim elsewhere, but on Dusk they seem to fuse what could be seen as a side project, into a singular entity, a real band, two minds singing from the same hymn sheet and producing easily their best record yet. 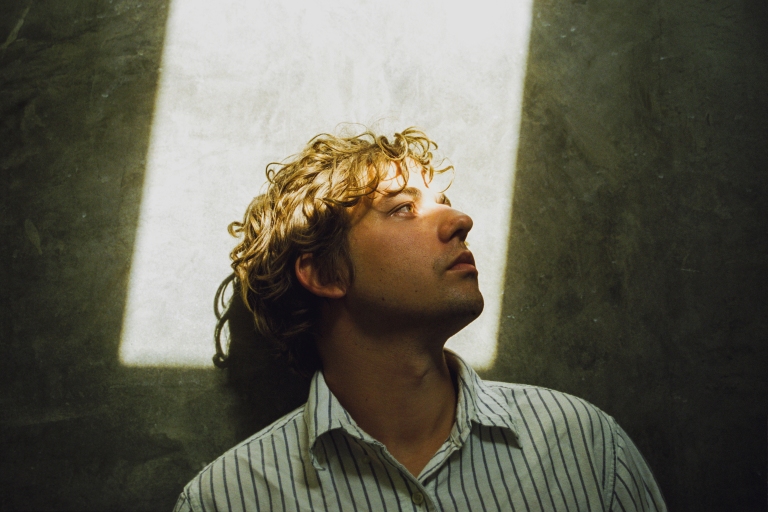 Whilst he has previously made something of a name for himself, both with some low-key solo records as well as performing with Woods & The Babies, on his 2016 album Singing Saw, Kevin Morby suddenly seemed comfortable stepping out into the limelight. Whilst unquestionably a record that dabbles with the traditional Americana sound, Singing Saw is also quietly ambitious; whether incorporating Balkan-tinged horns, gospel backing vocals or a healthy dose of fuzzed up electric guitars, Kevin’s songwriting always sounds fresh and exciting.

There are plenty of highlights, none more so than I Have Been To The Mountain, with its gorgeous backing vocals, triumphant trilling trumpets and joyously fuzzy guitar solo, even the way it fades out on a wash of strings is just so perfectly judged. It’s often only on repeat listens that the complexities and details of a record sing out, and Singing Saw is a record that just demands repeat listens. The charms are never far off, they are there in the way the organ reverberates on the title track, in the twinkling piano breakdown and roaring return in Dorothy and in the gentle swaying rhythms and meandering saxophones of Destroyer. This remarkable record not only shows how good Kevin Morby is, it reminds us just how exciting Americana can sound.