“You’ve still got to wake up and be someone” sings Angel Olsen on My Woman’s opening track, Intern. It’s a fitting sentiment to a record that sees Angel trying out various musical guises attempting to work exactly who the someone at the heart of this record is. Angel’s career so far has been a series of musical re-inventions; from the early folk musings of Halfway Home to her revelatory break-through Burn Your Fire For No Witness, Angel has always seemed to be keen on rapidly moving her music in new directions – My Woman takes it one step further and seems to move in a host of new directions, all at the same time.

My Woman is a series of snapshots of where Angel’s music is heading; there’s the anthemic power-pop of Shut Up Kiss Me, the beautiful scenic Americana of Sister and the icy, minimal electronics of Intern, each delivered with beautiful attention to detail and her natural skill with melody and where to pitch her always stunning, vocal delivery. In lesser hands My Woman could easily sound muddled, a case of too many ideas fighting for attention, but through her voice and her words, Angel makes this make sense. A stunning record, it concludes with Angel repeating, “I’ll be the thing that lives in the dream when it’s gone“, and like that My Woman fittingly drifts away, at least until you inevitably put the needle back into the groove yet again.

4. The Goon Sax – Up To Anything (Chapter Music)

While not the first thing you associate with Australia, in 2016 there was something of an insurgence of musically minded Antipodeans, from Julia Jacklin to TERRY. Our favourite of the lot was Brisbane teen-trio, The Goon Sax. The band continued in a fine lineage of Australian indie-pop heroes, from The Lucksmiths to Architecture In Helsinki, and not least The Go-Betweens, who’s member Robert Forster is the father of The Goon Sax’s Louis.

The music on Up To Anything, the band’s debut release is a sublime study on teenage living outside of the cool crowd; it revels in the mundane yet soul-crushing details of growing up, from getting dodgy haircuts off your mum, coming to terms with your sexual preferences and triumphantly tucking into ice cream on your own. Musically, their sound is lo-fi and delightfully unfussy; Boyfriend with its huge chorus and meandering guitars interludes cut through with pulsing rushes of bass and drums, the chugging electric guitars and melodic bass of Sweaty Hands, and the mass sing-along finale of the triumphantly un-triumphant Ice Cream, that is enough to bring a smile to even the most cynical of folk. Best of all is their first single, Sometimes Accidentally, blending a tumbling guitar line with low rumbling bass and perfectly primal drums, it seems to teeter on the edge of falling apart but cling on for its life, lyrically too it seems to be about everything and nothing all at once, even its grand statement seems delightfully unsure of itself, “I don’t care about much, but one of the things I care about is you.” The Goon Sax tap into all the insecurities and doubts of youth and they do so with such exquisite attention to detail, that as a listener you feel you are living those formative days all over again with them. 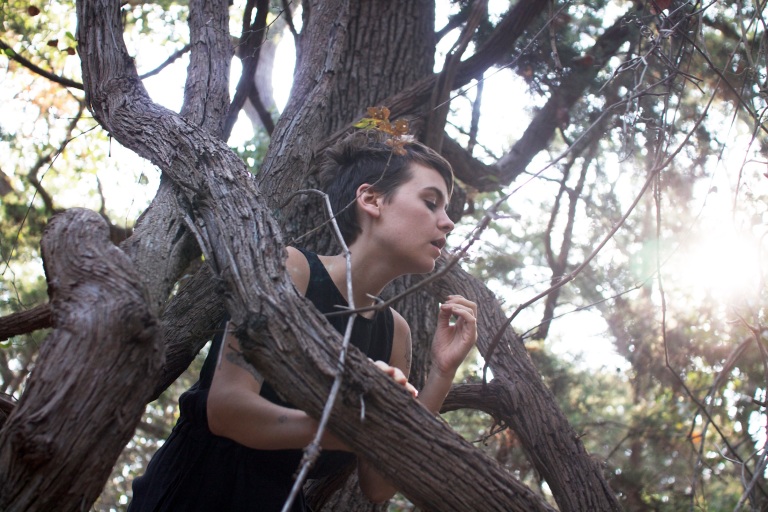 January seems like a very long time ago now, but if memory serves we spent an awful lot of that month pressing repeat on Wabi-Sabi, the latest offering from the Texan-based duo, Cross Record. The pair of Emily Cross and Dan Duszynski recorded the album at home on their ranch in the rural idyll of Dripping Springs, Texas, but anyone expecting a straight forward country record would be in for a shock. A record full of contrasts, Wabi-Sabi is a complex and artistic piece of work, Emily’s beautiful and sometimes arresting vocal, sitting atop shifting and unnerving musical pallets, full of squalling electronics, thick pulsating bass and primal, clattering percussion.

Wabi-Sabi is a record that seems to play outside of musical conventions; the way the vocal on Basket seems to whisper in your ear, while a cacophony of noise plays out somewhere in the distance, as if you’re being whisked away from some unseen horror, the uneasy, slight queasy lurch of the synthesised bass on Lemon, the way the vocal peaks in Wasp In A Jar are just slightly too high for Emily’s voice so it strains and cracks, fighting to just be audible above the accompanying noise. It  is a deeply uneasy sounding record, compelling, beautiful, but just a little bit deranged. Whilst the phrase Wasbi-Sabi doesn’t translate easily into English, the concept seems to revolve around an appreciation of the imperfections, and perhaps Cross Record have managed something similar on this record: it is perfectly imperfect.

Most musicians don’t start their solo career by a putting together an orchestra to flesh out an album about eloping to Rome, but then Meilyr Jones isn’t most musicians. The former Racehorses frontman debut solo album, 2013, seems to operate on a different plane to his contemporaries; it is littered with complex and perfectly composed orchestral flourishes, references to the art and poetry of Rome, and eloquent ruminations on the inner workings of the slowly mending heart.

Whilst you could be forgiven for thinking this all sounds a bit hi-brow and cerebral, what’s most impressive about 2013 is that for all its lofty ambitions, it also sounds great. There’s the bombastic blast of horns that triumphantly greets the listener on, How To Recognise A Work Of Art, the albums opening track; a sentimental send-off that un-traditionally begins the album with the declaration to an ex-lover that, “I’m happy that I met you.” Elsewhere it is a complex and varied record, there are sweet orchestral moments like Passionate Friend or the masterful final track, Be Soft, but also ambitious, articulate pop gems such as Featured Artist and the melancholic piano-led, Refugees. Meilyr Jones succeeded in producing a record that reaches for both the mind and the gut, and in doing so reminds us that pop music can be simultaneously intelligent, complex and very exciting indeed.

1. Mothers – When You Walk A Long Distance You Are Tired (Wichita Recordings) 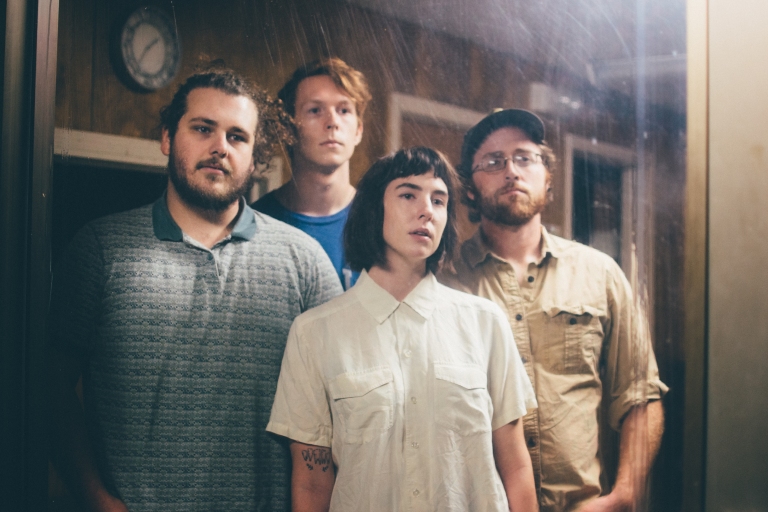 In a year where numerous new bands seemed to emerge, it was Mothers, the Athens, Georgia quartet led by songwriter Kristine Leschper, who left the most indelible mark. It’s rare you remember the first time you heard a singer, but the first time we pressed play on Too Small For Eyes will never leave us. Atop a muted backing of a lone mandolin, Kristine sings, “all things aside, I gave enough of my time“, her voice tremulous, emotional but also somehow strong and unwavering. From there the song builds on echoing piano chords and swells of squalling strings, before departing on a lilting waltz of cello – although really we only had ears for that voice.

As magnificent as Too Small For Eyes is, it doesn’t really prepare you for the rest of Mothers’ intriguingly titled album, When You Walk A Long Distance You Are Tired. It is far more ambitious, complex and loud than we’d expected, taking in elements of math rock, gothic-country and brooding post-rock. There’s the complex clatter of It Hurts Until It Doesn’t, the lackadaisical meander of Copper Mines and the defiant yet heartbreaking Lockjaw where Kristine sings, “I cut out my tongue seeing yours would speak for the both of us”, and you feel the rage and injustice swelling from your speakers. They are without exception exquisitely delivered and pinned together by that golden voice. As a music writer you champion many bands, but it’s rare you go back to the days when you felt like you were with them; Mothers make us feel protective, we cheer their triumphs, we curse anyone who doesn’t see this record for the master piece it is, they turn us back into those teenagers who lived for their favourite band, and they make us feel energised, inspired and beyond all good reason, obsessed, and that is arguably exactly what music should do.

And so concludes our run-down of 2016’s finest albums. 2016, as so many have pointed out has been a difficult and often bruising affair. When bombs are falling, fascism is rearing its ugly head and inequality and poverty are running rampant, there have been many occasions this year when music seemed unimportant, even pointless. Yet somehow in troubling times, often it is music that brings us together; the mass out-pouring of grief and shared experience we witnessed for the deaths of David Bowie and Leonard Cohen, turned these sad events into triumphant, noisy celebrations, and reminded us all of the power of song.

On a personal level this has been an amazing year for us here at For The Rabbits, and so much of that is down to you, our wonderful readers, almost twice as many of you have visited this year as the last, and more importantly, quite a few have actually come back again, so we can’t be doing it entirely wrong! Our eternal thank yous as ever go out to the bands, labels, PR people, and proof reader; without whom we wouldn’t have anything to write about, and we’d probably still spell it wrong. We’d also particularly like to single out our fellow music sites, who have pointed us in the direction of so much amazing music, and whom for the most part, like us, make zero money out of their efforts and enterprise (although the free albums do soften that blow). So do check out Spectral Nights, Overblown, Gold Flake Paint, The Album Wall, Brooklyn Vegan, God Is In The TV, Louder Than War, Ski Pie Rage and everyone else we’ve inevitably forgotten – truly amazing champions of new music one and all.

We’ve got a couple more things planned this year, but for now, thank you for reading and making this whole venture worthwhile,

Sam – For The Rabbits