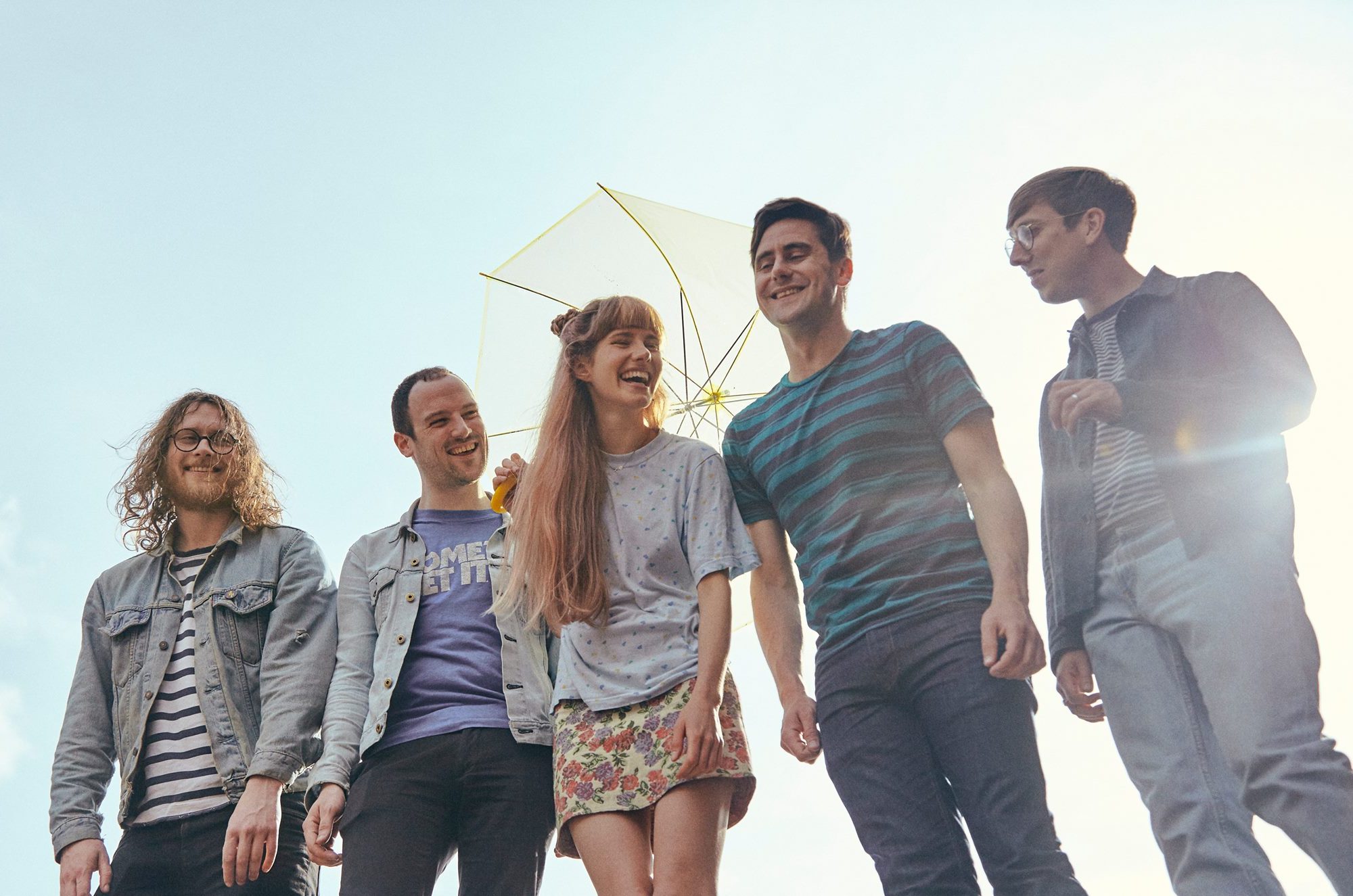 Deck the halls with Buddy Holly it’s only the bloomin’ week before Christmas; so we thought we’d carry on our traditional yuletide offerings with our pick of this year’s best new Christmas songs, and guess what – some of them are even quite listenable.

5. Christmas Gets A Do-Over With Helen Love

Yes, sure The Townhall Band came out last year, but we missed it then and Helen Love has re-released it this year, so it’s like a new song! Added to the fact it came out last year, Christmas Song purists might also note it doesn’t really mention Christmas; but with jingle bells, mentions of snow, a video with present wrapping and a series of failed attempts to get home for Christmas – that’ll do us!

The Townhall Band is actually a slightly dark affair, littered with references to missing loved ones, and even the crushing blow that was the Welsh coal mines closing down, “the collieries have all closed down, they tried to kill our little town, we carry on we still believe, because we’re a strong community.” Lyrically it might be more political than party, but musically it’s pure Christmas fun, bombastic guitar solos, pounding drum beats, and a triumphant horn section, there’s even an appearance from that classic Christmas fella Tim Wheeler from Ash. Plus surely nothing says Christmas like Dylan Thomas telling you to “rage, rage against the dying night”…possibly!

The Townhall Band is available to download now via Spotify, with all proceeds going to The Trussell Trust.

Low have long been the established masters of the dark arts of seasonal melancholy, their seminal 1999 EP, entitled simply Christmas, being pretty much the benchmark by which all other downbeat Christmas music is quite rightly judged. This year as well as heading out on a Christmas tour (now sadly over), they’ve also released a brand new downbeat Christmas banger, Some Hearts (at Christmas Time).

With Mimi Parker’s stunning vocal taking centre stage, Some Heats (at Christmas Time) is a classic Low Christmas song; all soaring choral vocals, shimmering electronic back drops and a gently melancholic guitar line. With its crushing central line, “some hearts will break at Christmas time, our hearts are made to hope, to find” – it’ll have you crying into your hot chocolate in no time. It might be destined for every charities Christmas TV ad in the future, but for now it’s just a magical piece of songwriting, every bit as beautiful as you’d hoped it would be.

Some Hearts (at Christmas Time) is out now.

3. Have Some Fun With Natalie Prass

Natalie’s track should perhaps be prefaced by her own introduction, which notes this is a song about forcibly making yourself enjoy the holidays in the wake of the “decaying wasteland of the world around you”.  None the less Natalie says Christmas, so it counts!

Unlike most Christmas tracks, Everybody’s Having Fun (It’s Christmas) has a video featuring Natalie dancing around a car park, on what looks like quite a warm day with sunglasses on. As well as being unlike every Christmas song you’ve ever heard, it’s also different to every Natalie Prass song you’ve ever heard; her usual sweeping, soul-stomp replaced by a glitchy electronic backing of computerised beats, and heavily processed bells. A fascinating departure, or a sign of where Natalie’s music is going, either way it’s very exciting, and just about Christmassy enough for this list.

Everybody’s Having Fun (It’s Christmas) is available HERE. All proceeds are going to SPARC (School of Performing Arts in the Richmond Community)

2. If You’re Good You’ll Get Katie Malco For Christmas

It’s been two years since the release of Katie Malco’s critically acclaimed EP, Tearing Ventricles, but she returned recently with her excellent new track, Be Good At Christmas, which we can only hope will herald some more substantial releases in the new year.

Not one for going all jingle bells and Children’s Choir, Katie’s offering is the sort of quiet heartache that would probably see you thrown out of a Christmas party. But as the middle ground of the season saddest classics Frightened Rabbits’ It’s Christmas So We’ll Stop and Joni Mitchell’s River, it’s bloomin’ marvelous. Featuring little more than Katie’s stunning vocal, a lone chiming guitar and about three notes of a warm buzzing piano; its sparcity is key to its all-encompassing loneliness, as Katie sings in the spine-chilling chorus, “the lights are blinding, the songs are wrote, Merry Christmas darling, it don’t feel like it at all.” Sure it’s not Slade, and Katie’s no Noddy Holder, but sad songs are for life, not just for Christmas.

Be Good At Christmas is available HERE. All profits split between the Blue Cross/Red Cross

1. Christmas Is Tiring, Take A Rest With Night Flowers

Not content with one Christmas song, Night Flowers embraced the contrasting sounds of Christmas, with two very different Christmas crackers. Beautifully low-key opener, To Rest, is the Christmas song you always wanted the Cocteau Twins to write. What’s that they did write a Christmas song? An entire EP? With Frosty The Snowman on it? Well as we don’t have time to check, this is quite possibly even more icy, glacial and pretty that Liz Fraser and co, so we stand by it (until proven otherwise).

At the other end of the Christmas spectrum is, Christmas Eve, which has an opening that’s a Brummy man shouting “It’s Christmas” away from being the most excited anyone’s ever sounded about Christmas. It’s got Jingle Bells, a ludicrously over the top guitar sound, and not even those sweet dream-pop duel vocals can distract from the fact this is basically the sound of the band having one too many Sherries down the local and stumbling home telling each other how much they’ve always loved Wham! – and it’s all the better for that.

Christmas is available HERE. All donations are split between Mind and The Teenage Cancer Trust.

And that’s us done for another year, thanks to everyone who’s visited the site and helped out any of the amazing Charities above. All that’s left to say is have an amazing end to 2016 and we’ll see you all in the next one!

One thought on “Five Things We Liked This Christmas”