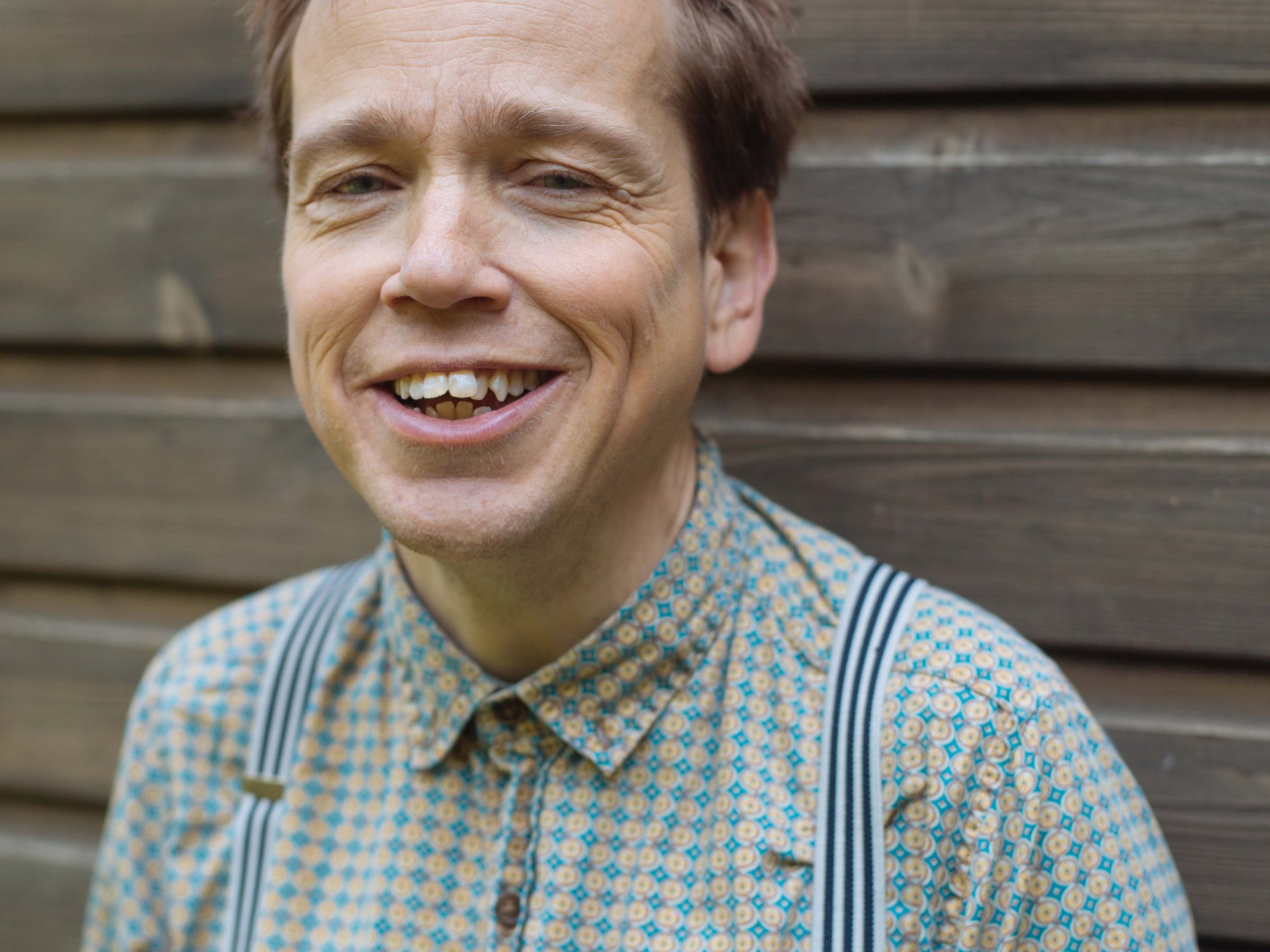 Earworms, everyone’s got them, those songs that regularly lodge in your brain, lock into your humming instinct and simply refuse to leave you – for us it’s the theme song from Coronation Street (never watched it in our lives), The Wallace & Gromit music with entirely self-invented bombastic outro, and the first bit on this compilation of Mario music – and if those are now in your head we’re sorry okay.

But why do we get music stuck in our head? What can we do about it? And do we just have to live with that mournful Lancastrian brass refrain that means nothing to us? The excellent people at How Stuff Works proffer a theory – and it’s all down to the auditory cortex in our temporal lobe, obviously. The theory goes that familiar music is already stored in our mind, and on hearing a part of a song, our brain takes over and proceeds to continue singing long after the stimulus has gone. Unfortunately like a particularly troublesome itch, our brain just has to scratch it and the more we scratch the more reinforced the memory of the song becomes, and the never-ending cycles of the song just keep on looping on and on, like listening to one of those commercial radio stations that play Taylor Swift roughly 700 times a day.

The songs most likely to get stuck in our head are those that are simple, upbeat and repetitive, which would explain why advertising workers are so good at imprinting their ideas into our mine – yes we’re looking at you GoCompare tenor-man, and no we’re not happy you’re trying to ruin Soundcloud for us.

And can they be cured? Well like hiccoughs, there’s almost as many theories for removing them as there are people suffering from them. Although our favourite, and a particularly cruel, suggestion is to pass the earworm onto someone else, like an aural yawn, only many times more frustrating.

Ed Dowie might have just released his debut solo album, The Uncle Sold, on the excellent Lost Map Records, but his musical lineage goes back a lot further. Indeed it goes all the way back to his childhood in Dorset, when his father taught him to play the piano and the organ; from there Ed stepped into the world of choristers and organists, and learnt many of the skills that still shape his sound today – although how many choristers go on to form psychedelic-dub-pop bands, as Ed did with Brothers In Sound, is unclear: we’re willing to bet not many.

Brothers In Sound released three EP’s on the Parlophone imprint, Regal Recordings, before parting company after the release of 2000’s debut album, Family Is For Sharing. Ed then took a five year hiatus, as he puts it, “spent living in University libraries & music technology labs making strange bleeps”, before returning to music as part of The Paper Cinema, a puppetry/animation/theatre/music hybrid. The desire to make his own music never left Ed though, and since beginning his solo career in 2012 he’s released a handful of EP’s, Unpacking My Library, which was written in response to Walter Benjamin’s essay of the same name, and The Adjustable Arm, which saw one critic label him, “delightfully bizzarre.”

This year has seen Ed’s output has taken a significant leap forward though, with the well received release of The Uncle Sold, which lifts its title from the Kazuo Ishiguro novel The Unconsoled. The Uncle Sold is a fascinating record, showcasing a sound that seems entirely of Ed’s own creation; whilst unmistakably pop music, it is splendidly experimental, and frankly unlike anything we’ve heard before. The album begins with a spectacular opening salvo of Verbarhemiopia and Red or Grey; lifting its name from a visual defect where a person only sees half an object, Verbarhemiopia is an arresting blend of twitchy percussion, gorgeous choral vocals, rich with melancholy and pulsing electronic-organs, while Red or Grey is like early Elbow, when they spent forever in a studio fiddling about with weird noises and made no plays for stadium bombast. Elsewhere Why Do You Live In France fuses fuses warm, low-key pianos with a delightfully affective melodica that sounds exactly how a British person would soundtrack Paris in the 60’s, while the oompa like electronic pulse of David Is Unwell is a wonderfully unexpected triumph. The best is possibly saved to last with closing number, Richard, which, with a mention of Leicester might very well be about the recent discovery of Richard III’s body. The track is the middle ground of a psych-pop epic and a one man band, steady beats merging with ringing guitar lines, wobbly electronics and swelling vocals, it nods to The Beta Band or Super Furry Animals, and is a match for either.

The Uncle Sold is a fabulous record, a fine reminder that no matter how much music you listen to you can still be captivated, surprised and made to feel once more like that teenager who was first blow away by a record they loved.

Today Ed has been kind enough to put together a mix of some of his favourite, and most recurring earworms featuring everything from The Pictish Trail to Jurassic Park, and Billy Bragg to an unmissable song about a zoo from a Mike Leigh film. As he explains, “here are some songs that I find myself singing in my head or out loud when I’m on my own, or on the bus or in a busy street. Hopefully nobody ever hears. Some of them have been in my head-repertoire for a long time; others come and go. There isn’t a clear relationship between how much you like a track and whether it stays in your head, so these songs aren’t necessarily my favourite ever pieces of music (although some of them are), I chose to stay away from earworms that annoy and frustrate me, and have instead decided to focus ones that live in my head, and give me pleasure.”  You can hear the mix below, if you’re willing to risk changing your brains internal soundtrack…

1. The Incredible String Band – A Very Cellular Song
This one is particularly special to me. I remember hearing The Hangman’s Beautiful Daughter when I was a teenager and instantly loving it. It’s such a wonderful mix of the unusual and silly and sublime. This is probably my favourite song to sing to myself. It’s particularly special as there was a time I’d been in hospital for quite some time and had been too unwell to do anything: read, listen to music, watch television. I was in a room on my own for a few weeks, and I found myself singing this song out loud one day and it filled me with an intense sense of hope and joy. It’s now my go to sing out loud song.

I think this one’s ubiquitous isn’t it? I find it hard to believe that there can be many people who don’t at some point find themselves singing this tune, it really gets in the head. It’s ace.

3. Billy Bragg – Between The Wars

The first time I heard this song was on a cassette that came with a copy of Vox magazine in about 1995. I didn’t know anything about Billy Bragg, and didn’t seek out his music at all at that time. A couple of years ago, the song just popped into my head for the first time in about 20 years, and it’s been in there ever since. I absolutely love it and find myself singing it a lot. I recently played and sang a cover of it on the organ at Union Chapel in Islington. I’d love to tell you that it was either brilliant success or a disaster, but I’ve no idea. It’s just a brilliant song, and really nice to sing by yourself.

This might be one of my very favourite pieces of music. As a teenager I discovered Julian Cope and The Teardrop Explodes. I started listening to his music at just the right time, when you feel like it’s ‘your’ discovery and that it’s speaking to ‘you’ in some way. I think this song (along with The Great Dominions) is The Teardrop Explodes’s best work. It’s so evocative. It appears to be both minuscule & contained and enormous & epic at the same time, but it really sticks in my head and I find myself singing it pretty often.

This is from my favourite album of last year, Future Echoes. It has particular resonance as Pictish Trail (aka Johnny Lynch) runs Lost Map, the label who are putting my album out. This song in particular really stays in the head. I think it’s really ace, really sad, but uplifting. I was very honoured to do a remix for it last year. I haven’t done many remixes before, but it’s the first time I did one where I kept the vocals and tune. Ever since then, it’s been playing in my head a lot.

I might be a philistine, and I’ve always sort of enjoyed B&S, but this is the first song of theirs that really got to me. It’s only a couple of years old, but it really stays in the head. It’s one of those that I really like, but after a week or so of humming it incessantly, I need to rid myself of it. It’s also one of those tracks that you don’t necessarily know all the words, but when it gets to the end of lines, you really emphasise those three words you do know: “la la la la la la la YOU’RE A QUIET REVOLUTION” etc

This one is a fairly new one for me. For the first minute, it’s a lovely folk song, then this BRILLIANT sound comes in that you’re not expecting and made me completely fall in love with it. Thankfully, the song has stayed with me, and keeps popping up and saying hello.

Oh my god. This song. It’s just incredible. To be honest, I never really ‘got’ The Beach Boys until last year when I watched Love and Mercy. I usually detest biopics, but something about that film captured something about him and presented in such a way that you understood where he was coming from & you could see the beauty of it. This is such a pleasure to sing whilst driving a car when nobody can hear you.

This song is a real grower. I liked it when I first heard it, but it just gets better and better. It’s so desperately sad, and utterly brilliant. It really stays with you and you find yourself repeating the chorus over and over again.

This one straddles the line between a song that sticks in your head and annoys you, and one that’s pleasurable. I think that scene in the film is just so perfect: funny and uncomfortable in equal measures. I think I take a perverse pleasure in singing it to myself, just to annoy myself.

The Uncle Sold is out now via Lost Map Records. Click HERE for live dates and more information about Ed Dowie.