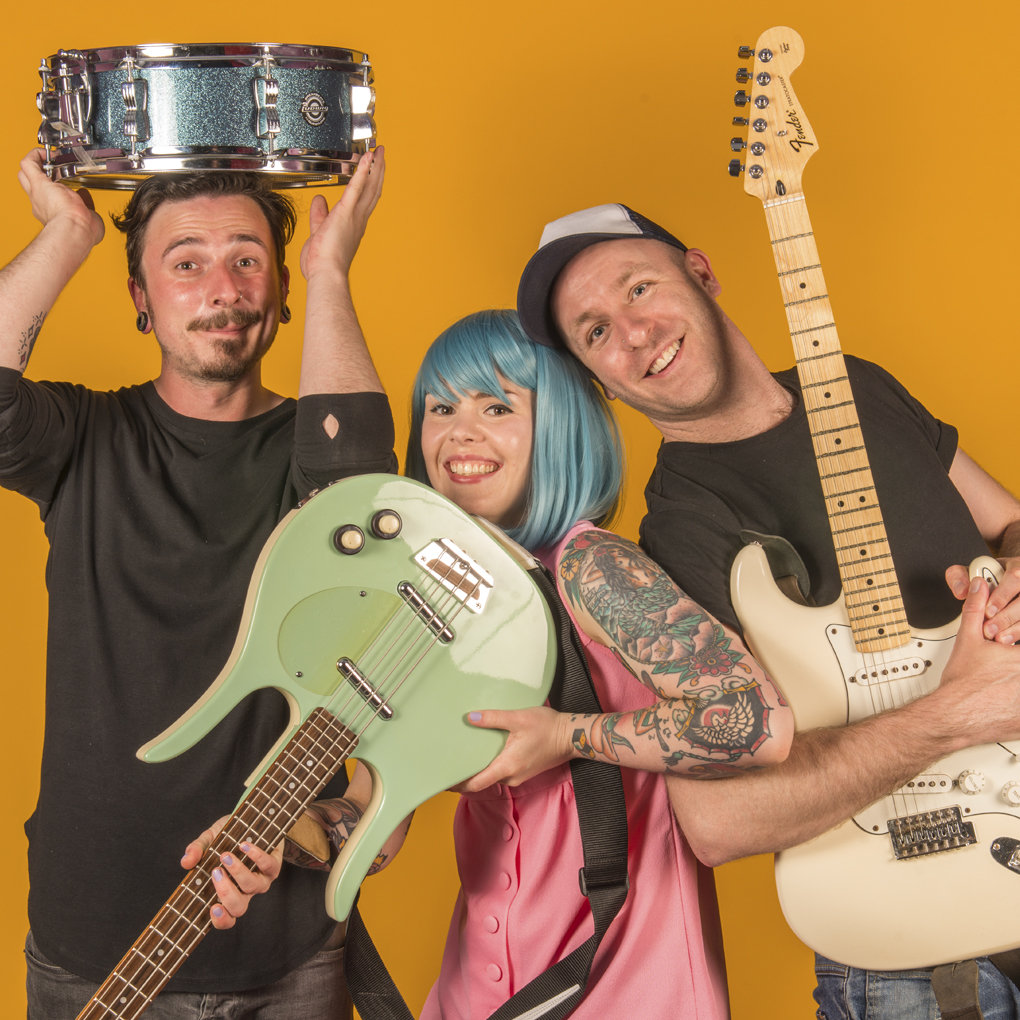 We last heard from Leeds based garage-poppers Nervous Twitch back in 2016, through their well-received second album, Don’t Take My TV, a record that saw them land a coveted Marc Riley session on 6 Music. The band, now reduced to a trio, are set to return next month with their third album, I Won’t Hide, out on Odd Box Records. Today we’re premiering the video to their latest single, She’s So Hip.

She’s So Hip is a track that truly capture the energy and ferocity of the Nervous Twitch live show. Built around choppy keyboard lines, bouncing, rockabilly influenced guitar lines and the driving, frenetic rhythm section. Recalling much missed Leeds’ rockers The Sugars or The Runaways; Nervous Twitch’s sound is a tough one to pin down. Part new-wave chic, part girl-group bubblegum-pop and all delivered with a good dose of adrenaline fueled punk swagger.

The video, a collection of live footage, gives an insight into life on the road; a world of motorways, sweaty dive bars and pastel coloured wigs. It’s a fine accompaniment to the track, which is the most streamlined, focused and exciting the band have ever sounded. I Won’t Hide’s upcoming release looks like being a huge step forward for the band. Nervous? Pah! They’ve never sounded more confident!

I Won’t Hide is out October 20th via Odd Box Records. Click HERE for more information on Nervous Twitch.

One thought on “[PREMIERE] Nervous Twitch – She’s So Hip”