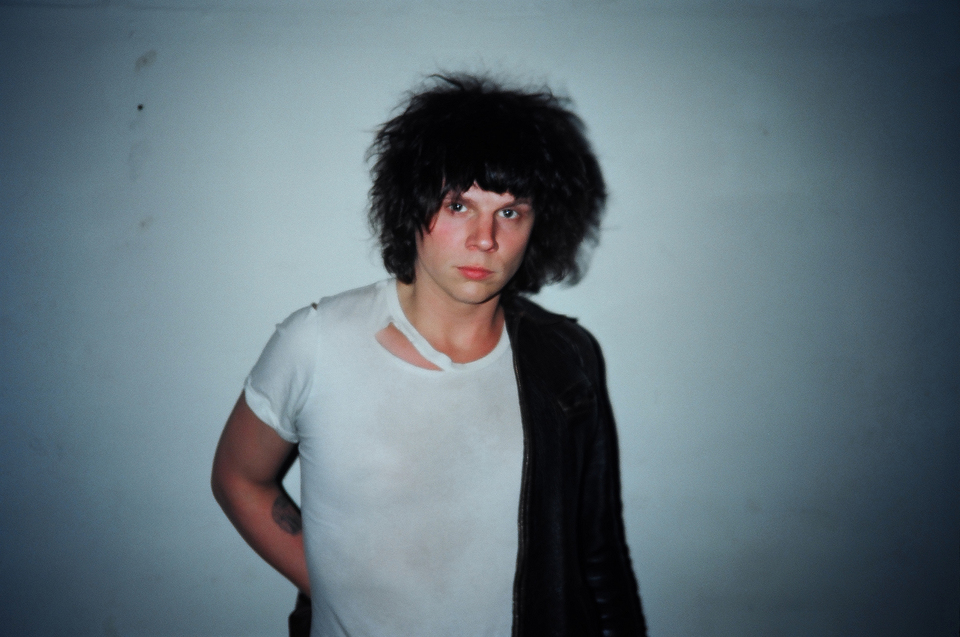 5. Pip Blom Takes You To School

Ahead of a string of tour dates at the end of the month, exciting Dutch newcomer, Pip Blom, has just released her new double A-single, and has this week shared the second taster of it, in the shape of rambunctious new track, School.

The track, which follows on from the well received Are We There Yet? EP, is probably Pip’s most energetic offering to date. Fusing delightfully fuzzy, slacker guitar lines, and cutting snare-driven drum beats, the whole thing has a raucous tumbling feel, reminiscent of acts like Kane Strang or Forth Wanderers. Raw, thrilling and getting better with every single, Pip Blom is the real deal.

Babies Are A Lie/School is out now via Nice Swan Records. Click HERE for more information on Pip Blom.

The latest product off the never-ending Brooklyn music-making machine, punk-infused quartet QWAM are set to release their debut EP, Feed Me, in January. This week, the band have shared the first offering from that record, in the shape of new single, Doggie Door.

Some detective work suggests QWAM, stands for Queen With A Megaphone, where the name comes from, well we’re not entirely sure. Built around energetic flourishes of guitar, rapid-fire drum battering and nonchalant, yell-alongable vocals, the track is an exciting introduction to the band. Lyrically, it deals with the hardened exteriors we all put on to hide our true emotions, QWAM might try to hide it, but we know that behind their angry punk exteriors these cute little puppies have got hearts.

Feed Me is out January 18th. Click HERE for more information on QWAM.

Hiraeth, a word that has no literal translation into English, is at the heart of the music that Anglesey-born songwriter Sam Airey makes. A combination of home-sickness and grief for what was, it is perhaps easier to hear than it is to explain. A fine example is Sam’s latest single The Flood, lifted from his long-awaited debut album, In Darkened Rooms, which came out earlier this year on Hide & Seek.

Sam’s debut album was a number of years in the making, and in the clever choices of instrumentation and intricate detailing it’s not hard to see how much craft has gone into it. The Flood is one such track; it began life on a battered old piano, there Sam sketched out the lyrical content, a battle against the darkness and the need to sometimes step back to see the truth of one’s own situation. The recorded version plays out entirely differently, a gently strummed electric guitar leading the way as strings swell and break like the tide and drums clatter around, a blur of crashing momentum. The final track to be lifted from In Darkened Rooms, The Flood is a fitting farewell to the first chapter of Sam’s musical story: we can’t wait to see where he goes next.

In Darkened Rooms is out now via Hide & Seek Records. Click HERE for more information on Sam Airey.

2. Madeline Taquin Keeps Us Hanging On The Future Telephone

Although currently based out of the San Francisco Bay Area, Madeline Taquin is a product of a bi-coastal lifestyle, and it was in Montreal that she wrote, recorded and mastered her upcoming debut EP, Future Telephone, which is out now.

This week, Madeline has shared the video to the EP’s title track, Future Telephone. The track is a study of long distance relationships and modern (mis)communications. Explaining the track, Madeline suggests, “The lyrics of this tune are paraphrased from actual lines and emotions spoken and felt by myself and my (now ex-) sweetheart in a long period in different timezones, when our words and intentions got lost in pixelation thanks to these future telephones we were trying to communicate complex emotions through”. Musically, Future Telephones is a delight; Madeline’s dulcet vocal tones, accompanied by flourishes of piano, jazzy guitar and even at its denouement some delightfully, smoky saxophone. The entire EP exists as an attempt to communicate with people, an attempt Madeline admits may get lost in “the radio silence of modern living”, it will be a great shame if it does as Future Telephone is a message the world could do with hearing.

Future Telephone is out now. Click HERE for more information on Madeline Tasquin.

1. Kyle Crafts Out A Nightmare

It was only last year that Louisiana-bred songwriter Kyle Craft was impressing almost everyone with his debut album Dolls Of Highland. Not being one to hang around, Kyle, now based out of Portland, is already making plans for the follow-up. That album, Full Circle Nightmare, will be released early next year, and ahead of its release he has shared the first taste of that record, Heartbreak Junky.

Heartbreak Junky might just be the best track Kyle has shared to date; from the enticing introduction, with its persistent snare crack, and chugging guitar line, Kyle’s vocal croaks in full of character as ever, before almost honky-tonk piano lifts it into a thrilling furore of horns, a cacophony of sound in the best way imaginable. Hearing this most intriguing of songwriters blossom, it’s impossible not to be very excited to see where his Full Circle Nightmare is going to take us next.