If you missed part one of our tips for 2018, you can catch up with the likes of Molar, Firestations and Molly Jewell HERE.

Today, in our second part we’ve got every corner of the musical spectrum covered, from doomy-country to indie-pop and almost everything in between.

Me And The Moon [My Little Empire Records]

It was at the back end of last year that we premiered the new single from Guildford-trio, Me And The Moon. That single, Standing Still, suggested a band with a huge talent, taking the polished indie-pop of acts like Bombay Bicycle Club or Alvvays, and injecting it with some fresh impetus, down, not least, to the beautiful vocals of singer Tamara Grzegorzek.

Formed back in 2015, and now signed to My Little Empire Records, Me And The Moon are a band who are quietly impressing more with each new offering. There’s an almost nostalgic quality to their music; drawing the mind back to the naivety of youth, when the warm sunny evenings seemed like they’d last forever, there was no rush, just the quiet lethargy or knowing the good times could last forever. Me And The Moon offer just the sort of escapism that we might all be pining for in 2018.

Olden Yolk are a New York based group built around songwriters, vocalists and multi-instrumentalists Shane Butler (also a member of, the previously featured on these pages, Quilt) and Caity Shaffer. The band is set to release their self-titled debut album in February, on the ever excellent psych-and-more label, Trouble In Mind.

Olden Yolk’s sound is intriguing; the band citing, “a penchant for dystopian folk, abstract poeticism, and motorik rhythms”. The resultant record is one that seems to flitter through genres, drifting from the hazy-kraut driven, Takes One To Know One, to the angular Cate Le Bon-like, Vital Sign and the psych-folk of Gamblers On A Dime. The band have suggested the tracks on their debut album are a series of odes to city living, resulting in a genre they coin as “urban psychedelia”. Olden Yolk are a band who seem to constantly reinvent themselves, even over the course of a single record: a fascinating album that’s set to take the coming year by storm. 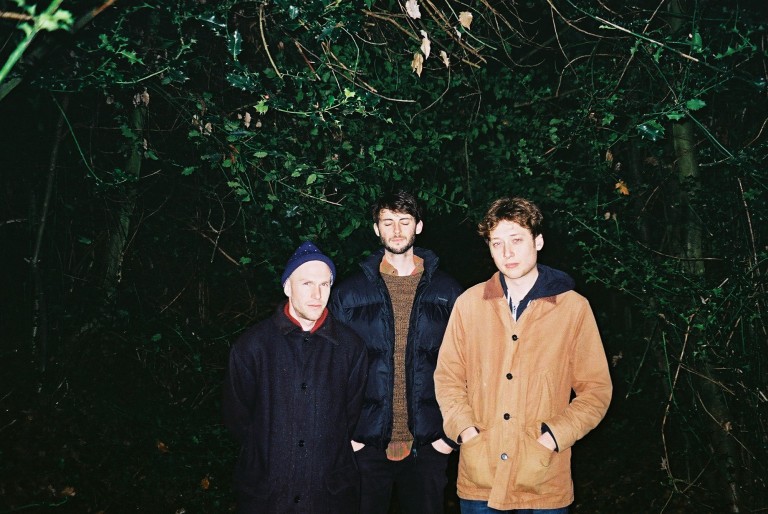 Jessica’s Brother are a London-based trio, fronted by songwriter Tom Charleston. Bonding over a shared love for Silver Jews, Jason Molina, Richard Thompson and Neil Young, Tom is joined by bassist Charlies Higgs and Wave Pictures-drummer, Jonny Helm. The band recently shared their debut single, Overnight Horror, a track that blends the worlds of Americana and 1960’s folk into a perfectly formed sound entirely their own.

The track was the first taste of an upcoming album, coming soon on Fika Recordings. A record the band suggest blends themes of, “joy, anger, silliness”. The album, which features guest appearances from the likes of Allo Darlin’s Paul Rains and Enderby’s Room violinist Dan Mayfield, was, the band say, a result of changing characters, and, “instruments clambering over each other in a small room”. So far so intriguing, Jessica’s Brother may not have shared much material to date, but as the year rolls on expect them to catch the attention of many.

Halo Maud is an artist who has been quietly ascending ever since she first came to the world’s attention in 2015 via La Soutteraine, a collective dedicated to exposing the best talent France has to offer. Last year saw the release of Halo Maud’s debut EP, Du pouvoir, a record that caught the attention of Heavenly Recordings, who have since made her their latest signing.

Dealing in the kind of high-brow pop perfected by the likes of tUnE-yArDs and Gwenno, Halo Maud’s music is hallmarked by her obsession with time, “which never passes at the right speed”. Halo Maud’s music feels like it asks as many questions as it answers, constantly questioning, well everything, from our place in the world through to solitude, self-confidence and the way love comes and goes. Musically, these are complex mosaics of sound, fragments of sound cut and pasted into rich backings, always topped with Halo Maud’s weightless, undulating vocal delivery. An artist with seemingly no limit to her vision of ambition, the world is Halo Maud’s oyster.

With Odd Box Records immediate future saved by the wonders of crowd-funding, the Cardiff-based DIY-heroes can get back to doing what they do best, putting out really good records: starting with the February release of Channel Hanna, the debut offering from Oxford’s Rainbow Reservoir.

With it’s title a reference to Bikini Kill’s Riot Grrrl pioneer, Kathleen Hanna, Channel Hanna is a record that certainly takes influence from that scene, and equally drifts into the brighter, more melodic sounds of indie-pop. While the royal baiting Brenda and the raucous and brilliant Drunk Maria, showcase Rainhow Reservoir’s penchant for no-nonsense punk, on beautifully understated Casio ballad, Rainbows Don’t End and the muted majesty of Blue Crab, the band show a wonderful diversity to their sound. On top of Channel Hanna’s release, the band have plenty of tour dates and a session at cult radio station, Dandelion Radio, on the way, even if the pop charts elude them, 2018 should still be an exciting for Rainbow Reservoir.

Wrongly, the music world’s focus doesn’t tend to drift far from the English speaking countries of the Western world, something we’re probably as guilty of as anyone. One artist who demands we look elsewhere though, is songwriter Nadia Schilling. Hailing from Caldas da Rainha in Western Portugal, Nadia put out her excellent, slow-burning debut album, Above The Trees, back in November, and it seems only now to be garnering the attention is so richly deserves.

Written on the archetypal battered old acoustic guitar; Above The Trees is a record that emerges from a difficult time in Nadia’s life, her songwriting inspired by her mother’s death. At times it feels deeply personal, Nadia exposing her own feelings, whilst simultaneously penning a beautiful tribute to loss and the act of grieving itself. Nodding equally to the raw, honesty of Cat Power or Elliot Smith, and the bruised beauty of Portishead, it is a record of breath-taking intensity that demand’s the listeners full attention to truly deliver its stunning charms. Above The Trees is a record spreading on word of mouth, and one that is thoroughly deserving of taking 2018 by storm.