2017 was something of a break out year for London-sextet, Tugboat Captain. They released their stunning second record, Everybody Seems To Think That I’m A Raincloud, a record that, with its wistful beauty, garnered attention across the internet. When we spoke to the band last year they hinted at quickly moving on with new material, and today we’re delighted to share their first new material since the album’s release, in the shape of new single, The Distance. 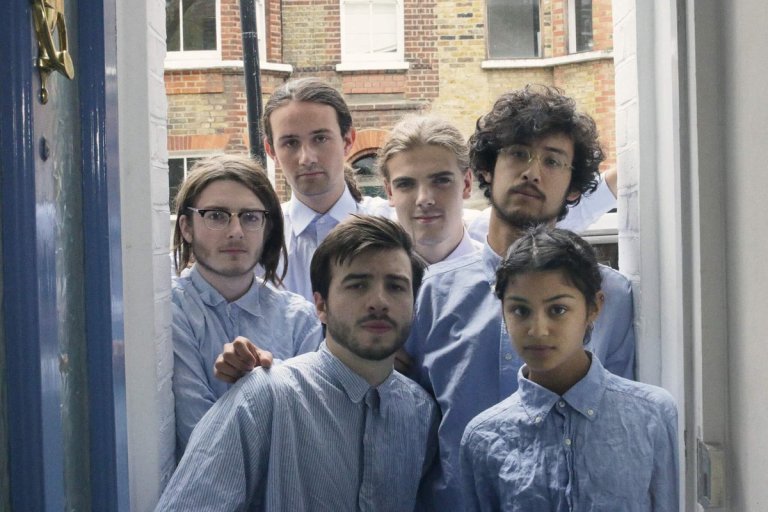 The Distance is one of those perfect moments from a band you already love; there’s a subtle progress into new sounds, with enough of what made you take notice in the first place. Musically, it’s something of an odyssey of ideas, its four minutes packed with different sections, that flow sweetly together without ever overstaying their welcome. The opening is a slice of perfectly melodic indie-pop, there’s a touch of Belle & Sebastian to the way it blends the musically upbeat, and the lyrically conflicted. As frontman Alexander Sokolow sings, “we could just scream and shout to remedy these issues, or I could sit and count, the days that I have missed you”, it morphs into a more downbeat middle section, before via a delightful burst of solo harpsichord-like keys, and re-emerges as the sort of lo-fi, anthemic moment that made Fanfarlo so loved. As the song reaches it’s thrilling crescendo the whole band repeatedly sing out together, “I don’t know if I can do it on my own”, and it’s hard not to conclude this is the band’s best song yet: frankly who would have expected any less.

The Distance is out tomorrow, click HERE to pre-order it, and HERE for more information on Tugboat Captain.