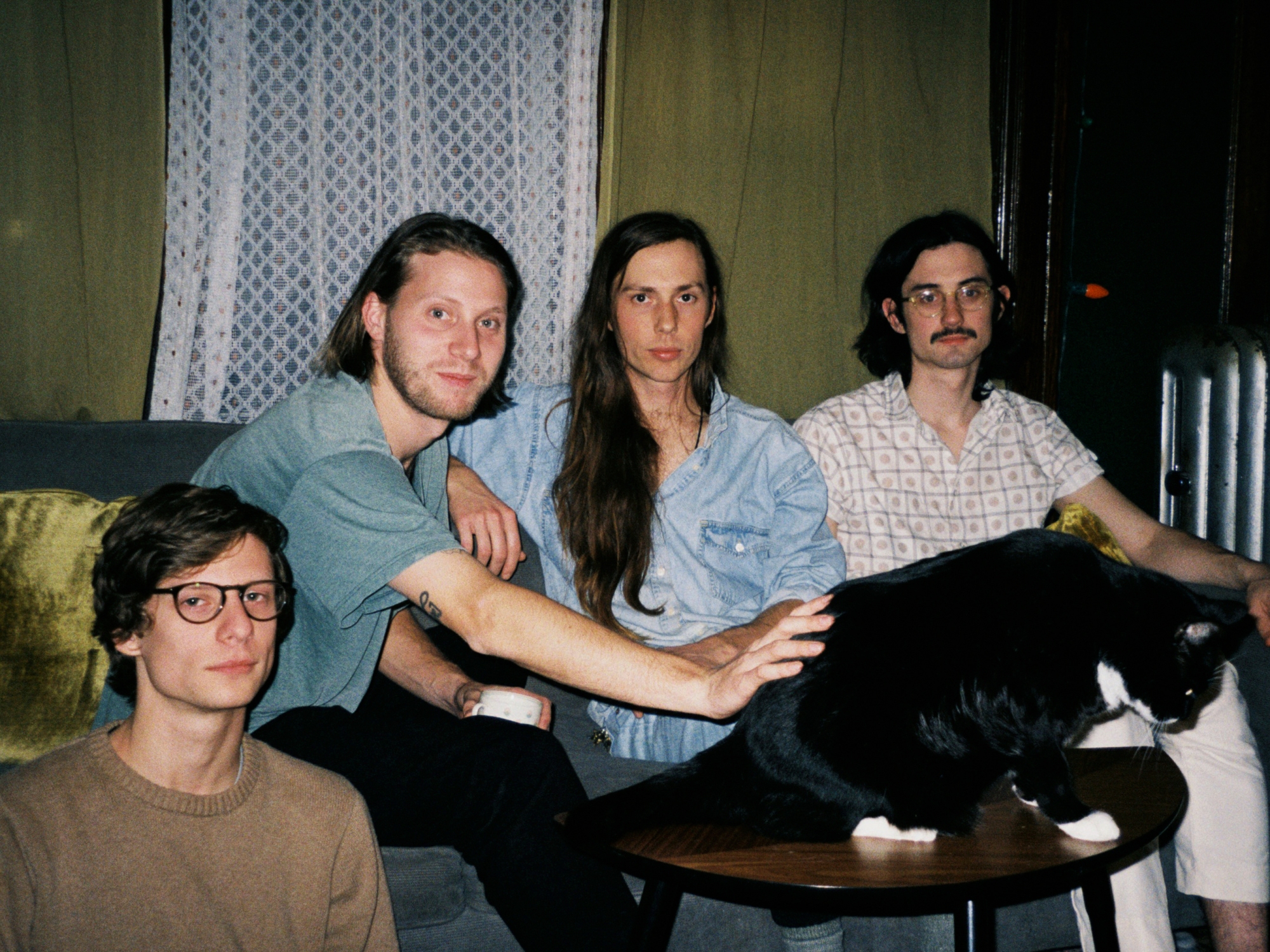 5. The Angels Upon Low

Further evidence that there is no ceiling to the number of amazing artists coming out of Brooklyn comes this week in the shape of the new single by Rachel Angel. Part alt-country songstress, part lo-fi bedroom hero, Rachel is set to release her second EP, Not Enough, in April and has this week shared the first offering from that record, In Low.

Although originally from Miami, it’s the avenues of New York and her move to the city that inspired In Low, a multi-faceted song about relocation, heartbreak and tracing the sometimes difficult footsteps of your family life. The track is described by Rachel as, “a testament to walking up and down the long avenues of New York with your broken heart in your hands and the weight of the past on your back”. That said, it’s not a track that sounds weighty; with Rachel’s perfect, un-polished vocal adorned with a gently strummed guitar and waves of languid slide-guitar. It’s a track where space is king and subtle ideas slowly weed their way into your conscious. Fans of Alela Diane or Angel Olsen’s debut album, you might just have found your new favourite musician.

Not Enough is out April 27th. Click HERE for more information on Rachel Angel.

4. You’ll Soon Believe In The Power Of Frøkedal

Norwegian label Propeller Recordings came to our attention via the riotous punk of Sløtface. This week they’ve gone a long way to showing their no one-trick pony, with the release of Believe, the entirely different new single from Frøkedal. The track is lifted from an as yet untitled second album, due, we’re reliably informed, at some point this year.

Believe is a fascinating track, it feels like the track dips in and out of genres at almost every twist and turn. One second it nods to the downbeat, folk of Sharon Van Etten, the next the driving rhythms of Amber Arcades, all delivered with an undeniable pop nous. Lyrically it’s a song about staying confident and believing in yourself, about remaining optimistic even if it feels like the world around you is crumbling. She may be an artist deeply inspired by the music of her native Oslo, but with tracks this bold and ambitious, don’t be surprised if the whole world soon pays attention.

Believe is out now via Propeller Recordings. Click HERE for more information on Frøkedal.

3. Grawl!x Offers the Antidote To DIY

Maybe it’s just pining for a time last summer when we still had one, however the title of the new Grawl!x album, Appendix, makes us unfathomably happy. While we’ll have to wait until April to find out if it also has the desired joyful musical effect, the release this week of the album’s first single, Don’t Do It Yourself, is a strong indicator of impending musical glee.

Appendix concludes a trilogy of albums that Grawl!x main man, James Machin, has crafted on the subject of grief. Originally intended as a solo piano record, Appendix soon swelled into something far more ambitious, as Don’t Do It To Yourself showcases. Featuring the vocals of label mate Danielle Cotterill of the band Pet Crow, the track is poignant and beautiful musing on suicide led by a plaintive piano line, and brought to life by shimmering ambient electronics and two perfectly suited vocals. A reminder of the power of music to showcase the lows as well as the highs of life, this is a welcome return for one of British music’s most intriguing and adventurous voices.

Appendix is out April 6th via Reckless Yes. Click HERE for more information on Grawl!x.

2. You’ll Want To Receive The New Message From Firestations

Walthamstow’s finest dream-pop band is probably a more open competition than you’d imagine thanks to the existence of The Leaf Library and The Great Electric, but definitely one of the finest are Lost Map signed quintet, Firestations. The band are set to release their new album, The Year Dot, in April and have this week shared the second single from it, Receiver.

Described by frontman Mike Cranny as being about, “the joy of finding someone who can receive your frequency and just knowing they’re in the world making everything bearable somehow”, it’s an early contender for the year’s most scientifically accurate love song. With its clinking electronics and driving rhythms, there’s a touch of retro-futurism about the sound, like a child of the 1980’s picturing what pop music would sound like in 2018, which it turns is much better than what most actual pop music sounds like. Firestations have suggested The Year Dot was written as a distillation of a world of admin jobs, depression and dreaming the days away, listening to Receiver it’s hard not to get whisked away in a moment of pure, perfect escapism.

The Year Dot is out April 6th via Lost Map Records. Click HERE for more information on Firestations.

1. Bonny Is Doon For A Lot Of Things

Bonny Doon leaped into the conscious of many early last year, with the release of their subtle and beautiful debut album. The Michigan quartet impressed with their hazy melodies and sonic exploration, yet they were already thinking about what would be next. The answer will come next month, with the release of their second album, Longwave, described the band as, “a conscious about-face…and a journey inward”.

This week Bonny Doon have shared the second snapshot of Longwave, in the shape of new single A Lot Of Things. The track showcases the band’s change of musical direction, gone are the rich sonic textures, and to the fore is letting the songwriting speak for itself. The track is a stripped back, and subtle affair, just entwined guitar-lines, a steady pulsing drum beat and an unprocessed, gorgeously honest vocal line. There’s a touch of Ultimate Painting to the shuffling churn of the guitar lines, while the vocal has all the easy charm of A. Savage or Kevin Morby. It’s a brave move to follow a successful debut by ripping up the rule book and creating something entirely different, yet by the sound of this Bonny Doon were absolutely right to do so.

Longwave is out March 23rd via Woodsist. Click HERE for more information on Bonny Doon.