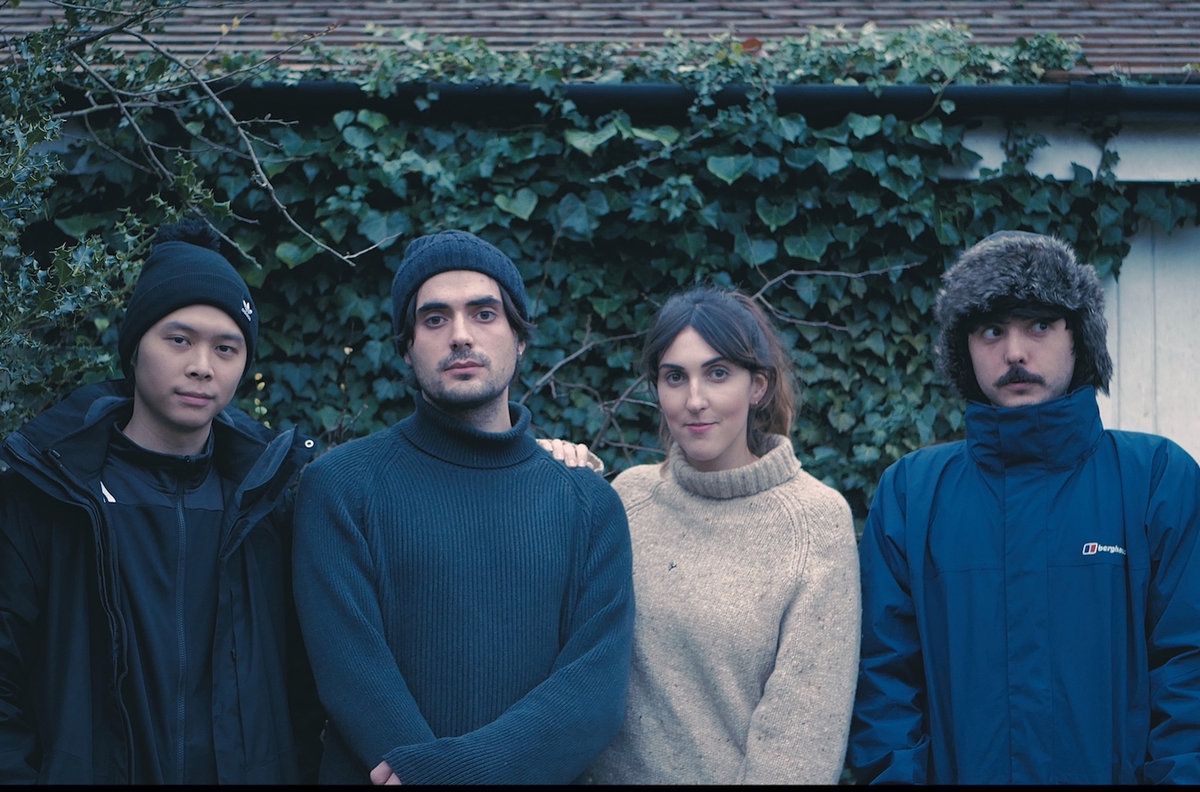 Who?
Foundlings are the quartet of vocalist Amber, bassist Bryan, guitarist Matthew and drummer Olly.

What?
Sprightly, jangling-pop that’s bound to draw a number of C-86 references. Energetic drum-pounding, bright guitar-riffing and in Amber a very strong vocalist, with a tone pitched somewhere between the Long Blondes and Blondie (but not actually blonde).

Where?
Although originally from locations as diverse as Australia, Singapore, err Lancashire and London, Foundlings settled on South-East London as a suitable middle-ground.

When?
Foundlings formed back in 2017, and have recently released their first two singles, Your Sister and Misery.

Why?
Based on the two tracks we’ve got to go on, there’s plenty to admire and impressively a mastery of two quite different styles. Our personal favourite is Your Sister, the sort of jangling 1980’s indie record that’s equal parts The Wedding Present and Night Flowers. Amber’s soaring, distant, almost Cocteau Twinsish vocal is the star, as tom-heavy drum beats rumble beneath jagged, jangling guitar lines.

Misery, is the heavier and less polished of the two tracks, with distorted vocals accompanying fuzzy-guitar chords and searing guitar-riffing. It’s prevented from falling into an energetic heap by the propulsive, and excellent, rhythm section, the bass in particular leaps out of the mix. The track borrows from a different, darker part of the eighties than Your Sister, although it still wouldn’t sound out-of-place in a dingy night-club full of awkward shuffling and angular haircuts.

Why Not?
It might not be the most original sound you’ll ever hear, thankfully though there’s a wonderful freshness to them. That exciting moment of discovering a band right at the start of their musical journey, when the corners haven’t rounded and the energy hasn’t dipped, Foundlings are just getting started and they sound all the better for it.

Your Sister/Misery are out now. Click HERE for more information on Foundlings.