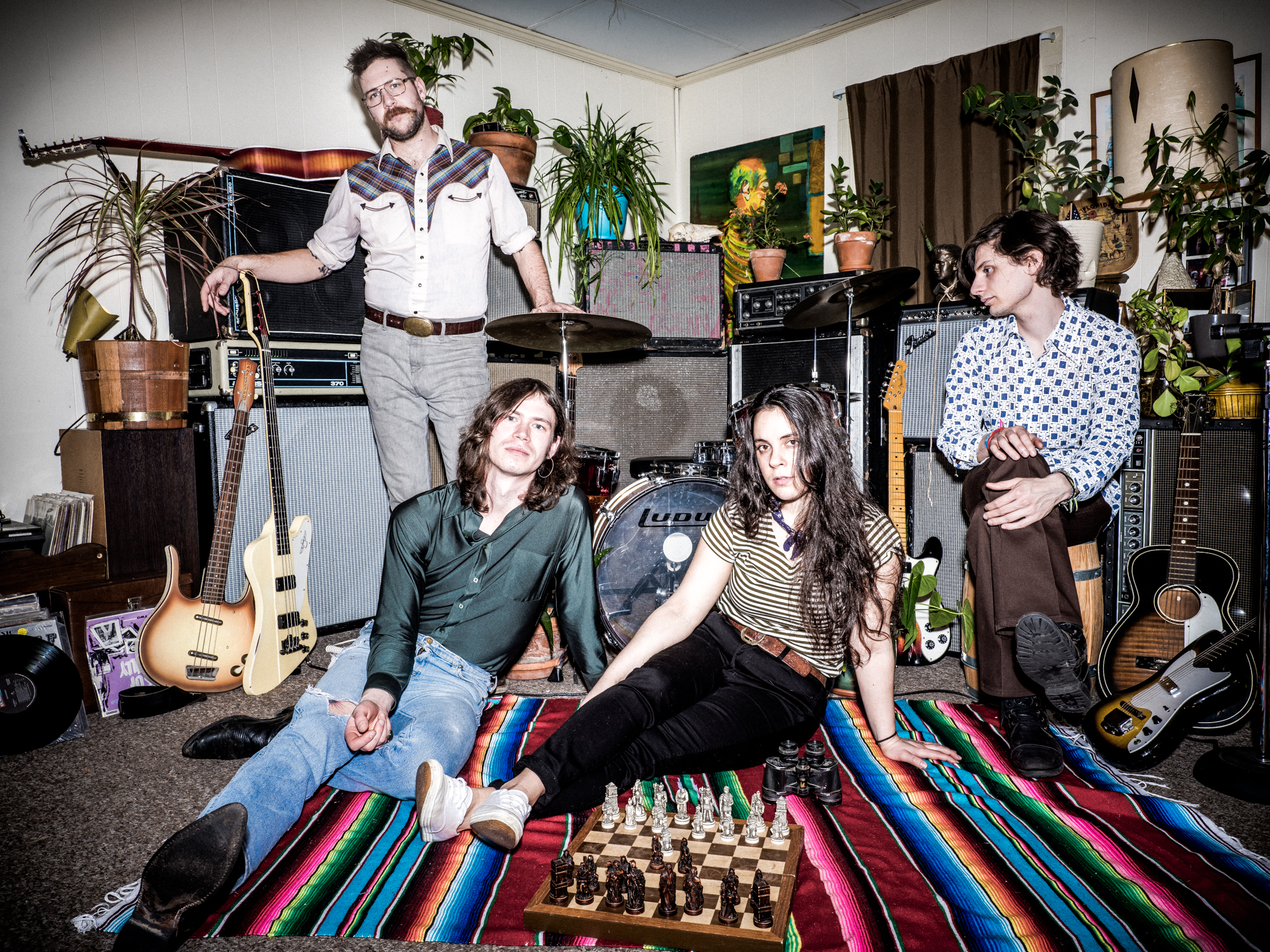 Although ostensibly a vehicle for the songwriting of a single person, Ana Emily Monaco, Anamon are keen to be seen as a band in the truest sense. They live in, “a leafy house in Rochester with a beautiful dog and plants everywhere”, they look like a band; perhaps most importantly they sound like a band, Ana’s songs fleshed out into propulsive garage-rock songs with easy rhythms and scuzzy energy. You’ll be able to hear this for yourself next month with the release of their second album, Purple, Green, and Yellow, and today we’re premiering the video to the latest single from the record, Iron Bill.

While not a quality often projected onto lead-singers or songwriters, Ana has suggested much of Anamon’s music is about battling her shyness and social anxiety, about as she puts it, “the frustration of always feeling like you’re on the outside looking in”. Iron Bill is a fine example of their sound, described by Ana as being about, “being hurt so much that it forced me out of love with someone”. With buzzing organs, and a propulsive bass-line, there’s a slinky quality to it, alongside the more crunching, heavier moments, where Ana’s powerful vocal swells to an impressive one-woman crescendo. Lyrically, it’s angry sure, although not broken, “I’ve got a secret, and I could spill, involves a man, and a best friend, and two shitty dogs, both left me broken and dissed, yeah I was pissed, but I hope that you’re doing fine, and I see you in hell”.

The accompanying video’s shoot was described by the band’s, superbly named, bassist Benton Slick, as “intense”. The band sprinting around between locations, in 100 degrees Fahrenheit plus temperatures, the fact it’s a perfect fit for the musical accompaniment serving as some comfort for the, “three-day headache” that apparently followed.

Discussing the song’s title, Ana explains, “our song names sometimes are just derived from what one of us says it sounds like”, in this case they apparently thought it had a touch of Steely Dan and Bill Callahan. We’re not entirely sure we’re hearing the influences on that one, however what we are hearing sounds wonderful.

Purple, Green And Yellow is out October 5th. Click HERE for more information on Anamon.