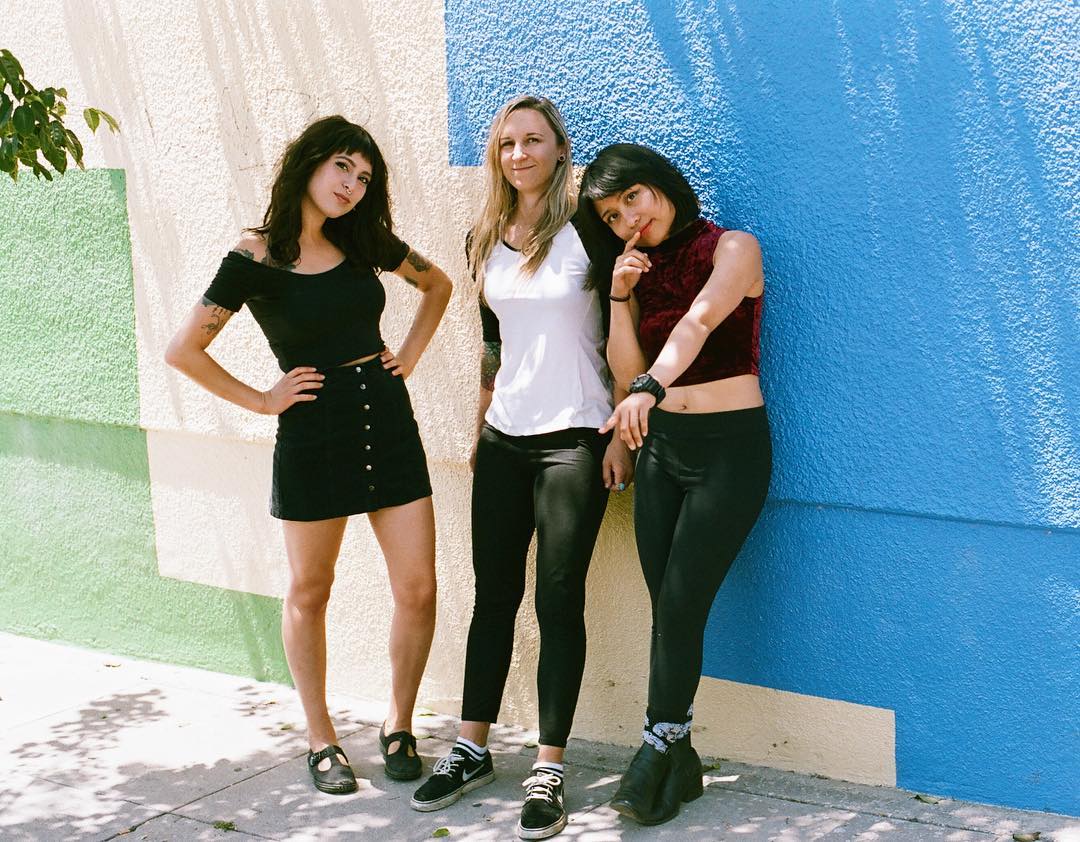 5. Making Waves Inside Your Heart

Operating at an almost intimidating level of productivity , its frankly remarkable that The Wave Pictures never seem to disappoint. Hot on the back of the June release of Brushes With Happiness, the London-based trio have this week announced their second album of the year, Look Inside Your Heart, due out in November. Discussing the record, The Wave Pictures have described Look Inside Your Heart as, “a warm, joyous record celebrating friendship, happiness and drunken party times”. And doesn’t that sentence just make your life seem instantly a little bit better?

Ahead of the release the band have this week shared their new single, Roosevelt Sykes. Lifting its name from the legendary bluesman, also known as The Honeydripper, Roosevelt Sykes is The Wave Pictures at their most toe-tappingly wonderful. As David explains, the track is, “an African pop party in the vein of Zimbabwe’s The Four Brothers and The Bhundu Boys but done with absolutely no puritanical slavery at any kind of authenticity or even accuracy”. Twelve-years and countless albums in, The Wave Pictures gentle sonic evolution continues apace, even if they’re now writing records about overthrowing our machine overloads because they beat Lee Sedol at Go, they’ve never sounded this much fun.

Look Inside Your Heart is out November 9th via Moshi Moshi. Click HERE for more information on The Wave Pictures.

A strong contender for 2018’s fastest rising newcomer, it would be fair to say Amsterdam-native Pip Blom is having a very good year. Pip’s supported the likes of The Breeders & Franz Ferdinand, garnered radio plays and playlists from every station in the land, and generally made some utterly wonderful records.  As we all await the hotly anticipated debut album, Pip continues to tease with next months release of another EP, Paycheck.

This week Pip has shared the latest track from the EP, in the shape of Come Home. Quite possibly her darkest and most angular-release to date, the track builds around twangy-guitars and rumbling bass, before an almost Radiohead-like drum beat adds some winning propulsion. It’s a track that bristles with tension, Pip’s voice, fuzzy, at times engulfed in the music as she seems to dissect a failing relationship, “I’ve tried hard to keep a distance, not to get too much involved, think that you’re indecisive, I know I have had enough”. It’s a different Pip Blom, a darker, arguably less accessible version than we’ve heard on record before, and she sounds all the more intriguing for it.

3. Body Type Have You In The Palms Of Your Hands

Continuing the recent glut of exciting new Australian bands is Body Type, the only surprise is that they’re from Sydney rather than the musical hot-bed of Melbourne. The debut Body Type EP is out next month, and ahead of its release the band have this week shared their latest single, Palms.

Lead vocalist, Sophie McComish explains the idea behind the track, “Palms comes from observing moments of concatenation, when everything in your life lines up in a way that feels like the universe is trying to tell you something”. Musically, there’s a winning blend of dream-pop haze and garage energy, the whole track bounces on one of the year’s most thrilling drum beats, pounding out as guitars and vocal melodies entwine and dance together. It might be a track about fate, yet listening to Body Type their destiny is surely in their own hands: this is a band on the verge of something very special.

Something of a lo-fi underground super-group, Cheerbleederz have this week put out their debut EP, Faceplant, on the ever reliable Alcopop! Records. The London-based trio, comprising members of Fresh, Happy Accidents and Finish Flag,  bonded over a shared experience of being, “the only women in our main bands”, and formed Cheerbleederz, “to make a band that explores being women together”.

Ahead of the EP’s release the band shared the first single from it, Cabin Fever. A reflection on, “being unable to tell someone how you feel, and in turn feeling trapped by that situation”, Cabin Fever is an emotive blast of harmonies, pulsating bass and clattering guitars. The whole things builds to a wonderfully melancholic outro as the members chime in unison, “I think that we’re all doomed”, in disarmingly harmonic unison. On their debut EP, Cheerbleederz seem to have hit on something hugely promising; at once reminiscent of their other projects, yet different enough to sound fresh and exciting, it’s a hugely promising place to start.

Faceplant is out now via Alcopop! Records. Click HERE for more information on Cheerbleederz

1. The Truth Is You Don’t Need To Grow Up

Starting life as the bedroom-pop project of Bearcats’ Lexi McCoy, Suzie True have since expanded to a full band and via a series of high-profile support slots started making waves across California. This week the band have taken a huge step-up with the news that they’ve signed to Buzz Records, home to the likes of Weaves and Dilly Dally, who will release the debut Suzie True EP next month.

The self-styled, “sad girl pop band”, have also this week shared the video to their new single, Don’t Grow Up. The track is, perhaps unsurprisingly, a track about not growing up, at least not how society expects you to. As Lexi explains, “I felt like a lot of my friends were growing up, and graduating college and getting grown up jobs and I’m still here, playing music and skateboarding…I want to take a more unconventional life path, and I don’t necessarily want the things I’m supposed to want”. Musically, it’s a heady blending of styles; there’s some eighties-inspired keyboards, some fizzing, driving bass and probably the most perfectly, poppy vocal delivery we’ve heard all year. On top of that there’s a superbly weird video featuring the Hollywood Walk of Fame, whipped cream and New Kids On The Block that’s not to be missed. If not growing up sounds as good as this, we don’t ever want to get old.

Suzie True’s debut EP is due out October 26th on Buzz Records. Click HERE for more information on Suzie True.