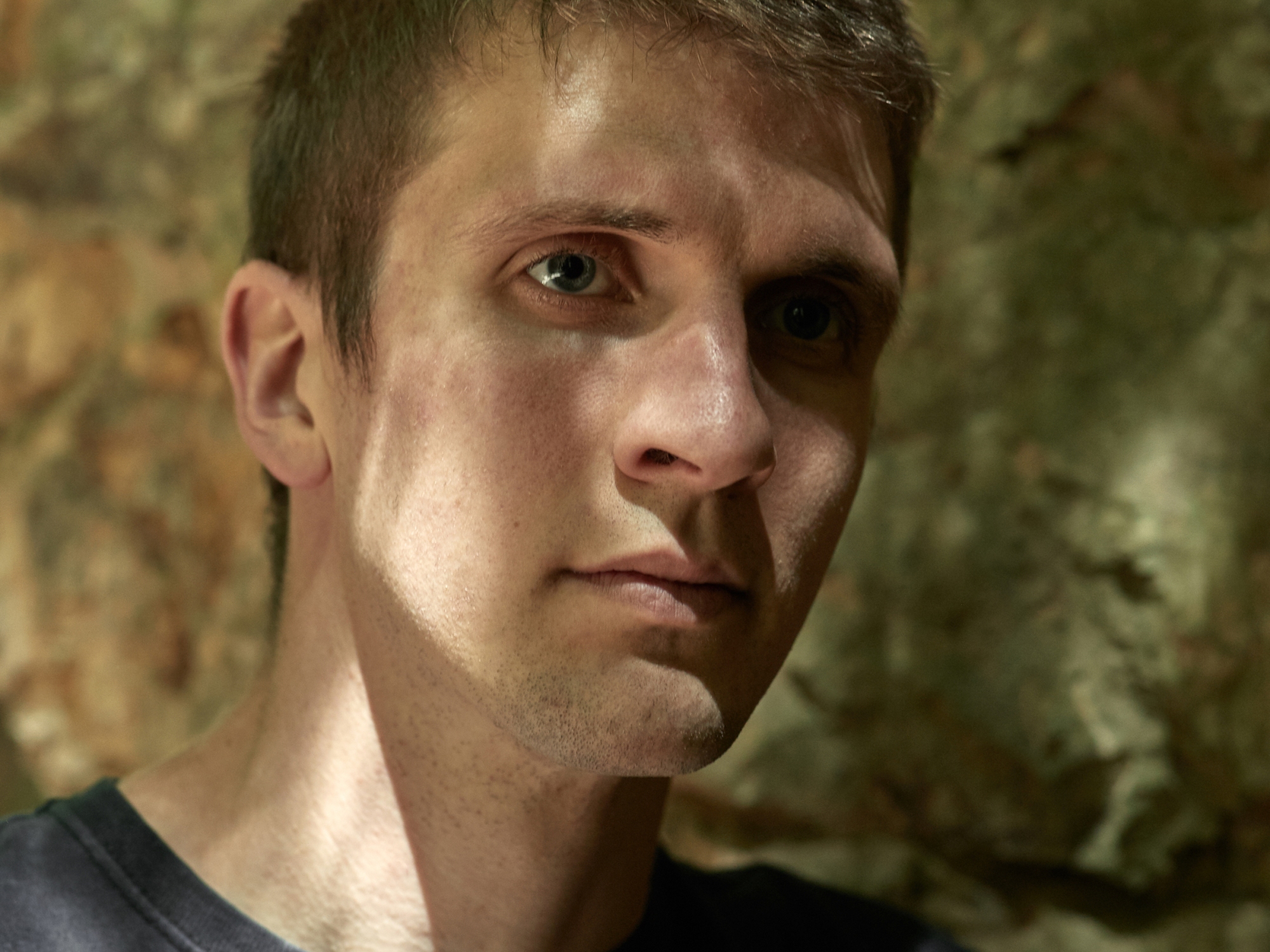 You may remember David Allred from the excellent Find The Ways, his collaboration with Peter Broderick. After years of recording or appearing on other people’s records, he’s recently stepped out as a solo artist, with his remarkable debut album, The Transition. The record was written on returning home, to Loomis in Sacramento, and getting a job in a nursing home; there David was inspired by the stories he heard, and the repeated mantra, “I never realised it would happen so fast”.

The Transition’s origin, in a world where life is on the cusp of flickering over into death, perhaps gives it its emotional gravitas. Like the best album’s about death, it doesn’t simply wallow in the sadness of it; David, armed largely with a piano, a double bass and his mesmeric vocal, finds the poignancy, the beauty, even at times the humour of it all. He even finds time to throw in a beautiful bit of trumpeteering dedicated to the Log Lady from Twin Peak, what’s not to love?

FTR: For those who don’t know, who is David Allred?

David Allred is me, a curious individual who is exceptionally passionate about creating meaningful conversations and making music. I come from Sacramento, California and spent a few years living in Portland, Oregon where I met Peter Broderick who essentially became my musical soulmate. I then started releasing music on a German-based label called Oscarson and later signed to a London-based label called Erased Tapes. I actively dedicate my life to making a difference in the world in my own little ways. One might say that I suffer from a severe addiction to watermelon. It’s not really suffering, I just love watermelon way too much.

I’ve played a few small scale shows in the states, but I feel like my first “real show” was in Athens, Greece in a beautiful old church at the beginning of 2017. It was the start of my first European tour I had with Peter Broderick. That tour was a huge milestone for me and an incredibly wonderful experience overall. I very much look forward to returning to Europe again very soon. Concert details will be announced in the coming weeks!

I make music because there is nothing more fulfilling to me. Of course I like to do other things with my time, but music simply resonates with me greater than most other art forms. My obsession with music is very much a blessing and a curse; I’m fortunate that my music life allows me to make friends and travel the world, but it can also be a bit isolating. I tend to make the most progress when I work alone, however, I’m currently very interested to explore more collaborations going forward.

FTR: What can people expect from the David Allred live show?

It will consist new and old material performed entirely with piano and voice. Some of the new material has never been heard before and I very much look forward to sharing this new music in a live setting before it reaches the internet.

FTR: What’s next for David Allred?

I will be touring across Europe in January and February of 2019 in support of my new record that just got released on Erased Tapes called The Transition, and some of the shows will once again be with my dear friend Peter Broderick which I am very excited about. I deeply appreciate all who have taken a moment to listen to my music. There will be more to come in 2019, so stay tuned!

1. Judee Sill – Lopin’ Along Thru The Cosmos

Judee Sill’s music is pure magic. She was a songwriter in the 70s who created a brilliant blend of music stemming from gospel hymns to etherial ambient folk to old western music to rock n roll. Her lyrics contain very deep and spiritual subject matter sung with a big dynamic yet very smooth voice. I think her chord progressions are brilliant and mind bending. Her life story is literally insane and I highly recommend looking into that. Somehow against all odds, she managed to create some of the most magical music I’ve ever heard.

There is very little information online about this Italian composer Luciano Cilio, but I find his music absolutely mesmerizing. I first heard him while in early high school and his music still resonates with me equally as much today (if not more). The continuous evolution in this particular piece is very captivating and written with the most incredible attention to detail. This song pumps my imagination unlike any other.

Andy Shauf made a really wonderful album called The Party which contains a narrative primarily based upon social anxiety at social gatherings which I find particularly relatable and sad yet humorous. His musical arrangements are really smart and very well thought out as well.

William Onyeabor was a very mysterious man who created the most groovy Nigerian electronic pop music entirely in his own distinctly beautiful and unique way. There’s a peculiar nature to this music that leaves so many questions unanswered for me, but at the end of the day, you gotta just turn it up and dance!

Peter Broderick made a lovely album in his early 20s called Home which absolutely makes me feel very much at home with every listen no matter where I am. I first discovered this album while I was in high school and I have been revisiting it a lot recently. I find it’s the perfect soundtrack for absolute positive vibes when you need it most.

The Transition is out now via Erased Tapes. Click HERE for more information on David Allred.