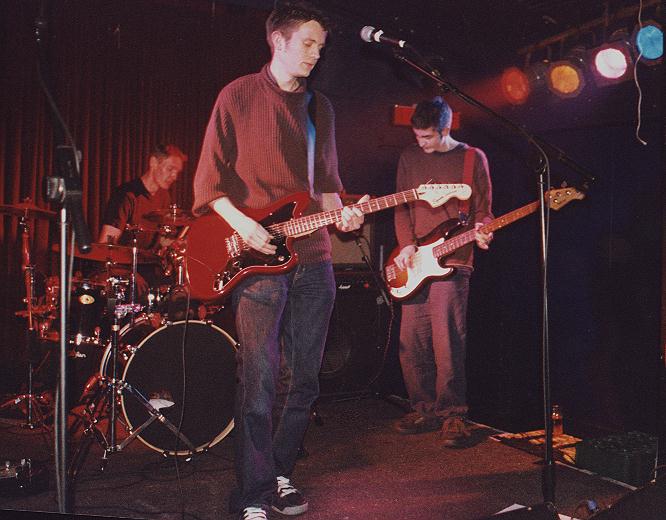 Formed in 1999, Tempertwig were a three-piece band based out of South London. The band split up in 2004, with band members Ben and Adam Parker going on to perform in the acclaimed groups, Nosferatu D2 and The Superman Revenge Squad Band. Fifteen years later, experienced record releasers, Audio Antihero and brand new label, Randy Sadage, have combined to release FAKE NOSTALGIA: An Anthology Of Broken Stuff, a collection of the band’s material, which had Steve Lamacq declaring their sound as reminiscent of, “Jarvis Cocker fronting Dinosaur Jr”.

Today we’re premiering (if you can premiere a re-release?!) one of our favourite tracks from the record, Apricot. A jagged and jarring piece of almost maths-rock, it’s alive with intricate guitar work and relentlessly complex drum patterns. At the forefront is Ben’s rapid-fire vocal, that falls somewhere between mcclusky and Fugazi, as he – perhaps ironically, now it’s appearing on a best-off compilations – rallies against nostalgia and wanting to escape it.

Discussing returning to the material, Ben has suggested it’s the first time he’s listened to these tracks since the early 2000s, “I can enjoy them now, because enough time has passed that they sound like someone else. I’m not sure they sound like the mixture of the Afghan Whigs and Arab Strap that I was initially aiming for, but maybe that’s not such a bad thing after all”. It may have been written almost twenty years ago, yet listening to this collection, Tempertwig feel like they were not a band who ever really tried to fit in, as such they sound as fresh and intriguing now as they ever did. As their label Audio Antihero put it, “this music means a lot to a few”, with this re-visitation of their work, it might just mean a lot to a lot more people.

FAKE NOSTALGIA: An Anthology Of Broken Stuff is out March 29th via Audio Antihero/Randy Sadage. You can pre-order the record HERE.

One thought on “[PREMIERE] Tempertwig – Apricot”