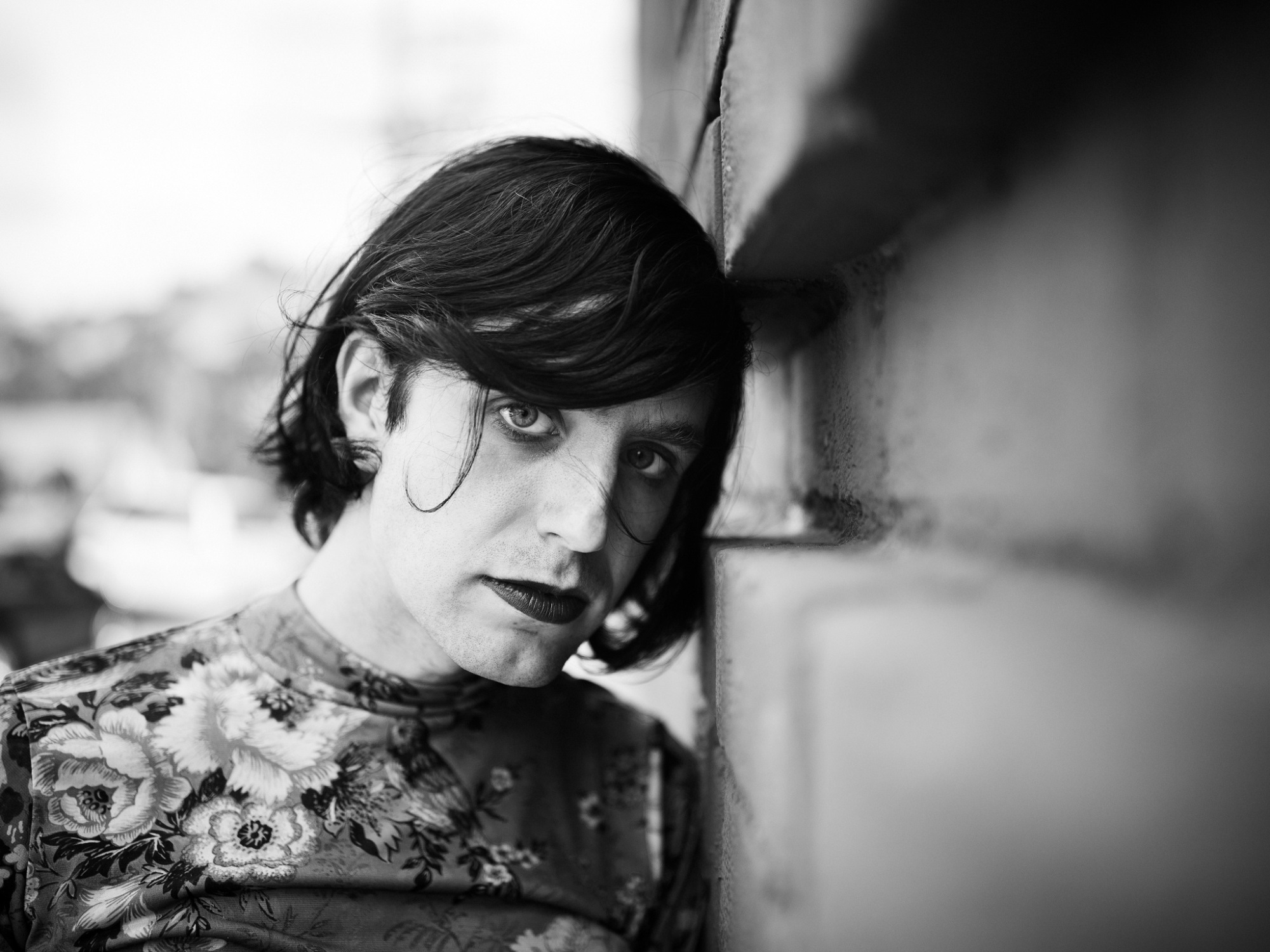 Listening to Vancouver’s Necking, the fact they formed at a party makes a lot of sense; at the forefront of everything they do seems to be a desire to have fun. Influenced by everything from disco to emo, they say the only act they agree on is X-Ray Spex, fittingly Necking demand to be seen and heard. The band are set to release their debut album, Cut Your Teeth in July, and have this week shared the latest single from it, Still Exist.

Still Exist is a triumphant celebration of ditching a useless ex, and moving on with your life, about feeling down but knowing whatever happens, you will keep on existing. Frenetic wiry-guitar lines and gunshot snare slaps, propel the whole track along at break-neck speed as yelped vocals drift in and out of ears, it feels like how Be Your Own Pet would sound if they listened to more post-punk. Necking suggest their main ambition is making themselves laugh, with tracks this good, we’re all going to want to be in on the joke.

Cut Your Teeth is out July 5th via Mint Records. Click HERE for more information on Necking.

4. Let Shannon Lay It Out For You

Shannon Lay first caught our ear back in 2017 when she released her debut album, Living Water. That acclaimed record was so good it persuaded Kevin Morby to set up a brand new label, Mare, specifically to release it. It seems he wasn’t the only one impressed, as this week Shannon has announced her signing to the legendary Sub Pop label.

To celebrate the news, Shannon has also shared a brand new track, her take on the Karen Dalton classic, Something On Your Mind. Discussing the decision to take on such a classic, Shannon notes, “I believe in the message with all my heart. Life is going to knock you down and lift you up and you’ll never experience any of it unless you try”. Like the best covers, Shannon seems to take the essence of the original track, and transports it somewhere else; with little more than her acoustic guitar and the odd flourish of percussion, Shannon makes the song entirely her own.  As Shannon puts it, “try even if there’s a possibility you’ll fail, you might learn something amazing about yourself” and if you’re very lucky, and like Shannon, very talented, you might even end up living your dreams.

Something On Your Mind is out now via Sub Pop. Click HERE for more information on Shannon Lay.

3. Get Down To New Haybaby

Three years on from their last new music, Haybaby’s upcoming album, They Get There, is a record that emerges from an awful lot of struggle. From heartbreak, to family illnesses and even their van getting torched in a random act of arson, it is quite remarkable that this record even got made, let alone be as wonderful as it is. That album will see the light of day next month on Tiny Engines, and this week the band had shared their latest single, Get Down.

On Get Down, Haybaby showcase both their musical development and their ability to switch emotional gears. The opening passage is a delightfully low-key ode to accidentally falling in love, “I don’t even know why I like you, I’ve been doing just fine on my own”, then from nowhere it changes entirely. The drums clatter, the guitars soar, and the vocals become a howl of internal doubts and hidden strength, “I get down on, get down on myself, I don’t need your, I don’t need your help”. It may be a record that’s laced with difficulties, yet it’s one more so about coming through them, at surviving the lows and coming out bolder, better and more exciting than ever before.

They Get There is out June 7th via Tiny Engines. Click HERE for more information on Haybaby.

V.V. Lightbody is the solo project of Vivian McConnell, a regular face on the Chicago music scenes with musical ties to the likes of Lala Lala and Rose Hotel. V.V.’s debut album, Bathing Peach, was released less than a year ago, yet she is wasting no time in returning with the recent release of brand new single, Baby, Honestly.

V.V. has described Baby, Honestly as her, ‘snake-in-the-grass” song, a two faced beast of a song, as behind it’s musical lightness, all shimmering airy melodies and bossa-nova influenced rhythms, lies a darker tale of sin. As V.V. explains the song, “explores what sinning feels like as a chronic people pleaser. I wrote it at a time where I didn’t want to do what people expected of me anymore. Putting myself before others felt like the first sin”. She may, perhaps tongue-in-cheekly, describe her music as Nap-Rock, yet V.V. Lightbody’s music is anything but sleepy, it feels intriguing, and complex, a place where perception and reality become blurred in a hazy, dreamy-landscape, and a place we can’t wait to fully explore.

Baby, Honestly is out now on Acrophase Records. Click HERE for more information on V.V. Lightbody.

“This is our punk record”, we probably couldn’t be more excited about anyone saying those words than Ezra Furman. The record in question is Twelve Nudes, the rapid follow-up to the moody majesty of Transangelic Exodus, due out in August just eighteen months on. As Ezra explains, it was a record made in a hurry, “we made it in Oakland, quickly. We drank and smoked. Then we made the loud parts louder. I hurt my voice screaming”. Ahead of the release, Ezra has this week shared the first single from it, Calm Down.

The album’s opening track, Calm Down is also its perfect introduction; just over two minutes of frenetic, howling, doo-wop-punk wonderment. Ezra’s vocals come out a tumble of words and emotions, as the drums drive with a Ramones-like simplicity, as ragged guitars thrash atop them a bundle of pure energy. As with so much Ezra does, it feels on the verge of collapse, yet refuses to quite fall apart, as he practically spits in the chorus, “I should not be alone, the way things are going”. If this is Ezra’s punk album, it also feels like his angry one, an emotional reaction to the troubles of the world, a ball of unadulterated rage, and just a tiny dash of hope, what Ezra describes as, “a passionate negativity”. An appreciation of how bad things can get, acting as a beacon of hope that it could get better.