We last heard from Brisbanite turned London-native, Hannah Botting, back in 2015 when her solo project turned five-piece band, Owl & Mouse, released their debut album, Departures. Since then life has, as it tends to, got in the way of songwriting, and Hannah has been lying low, plotting her next musical move. Those plans will come to fruition this week, when Hannah’s brand new solo project, Common Or Garden, team up with Fika Recordings, to release a debut EP, Trust Everyone, just in time for a slot at this weekend’s Indietracks festival. Ahead of that release, today we’re sharing the latest taste of the record, Opportunity. 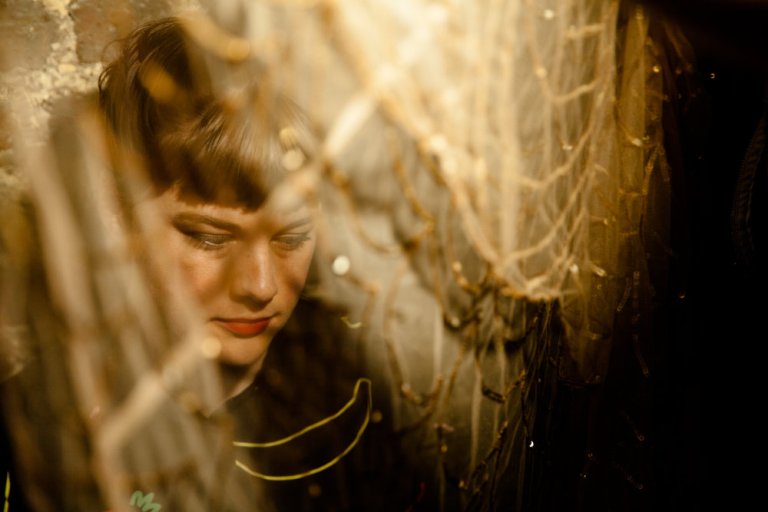 Common Or Garden is something of a departure for Hannah’s songwriting, gone are the ukulele’s and wistful indie-pop songs, and to the fore are processed beats and electronic experimentations, a style self-described as, “scrappy synth pop”. Fans of Hannah’s previous work, shouldn’t panic and scream, “Judas!” just yet though, as although the acoustic instruments may be put away in a cupboard gathering dust, at the core of the songwriting, much of the wonder remains. The unmistakable vocal tone, the easy way with a melody, the happy-sad, hopeful and broken lyrics, they’re all wonderfully present and correct.

Listening to Opportunity, this new sonic world if anything, feels a more natural fit for Hannah’s songwriting. The gentle, drifting propulsion of the drum machine, the burbling electronic pulses, the subtle meandering keyboard line, that for no real reason has us thinking of Cherry Blossom: it all feels like a perfectly unflashy backing for Hannah’s contemplative lyrics. The track taking inspiration from quite possibly the most melancholic piece of space hardware ever, the Mars Opportunity Rover, which as it prepared for its final send off, sent the poetic final transmission, “my battery is low and it’s getting dark”.

Trust Everyone is an EP recorded between the grind of the everyday, largely pieced together on iPad, in moments of quiet at home, or on public transport. Musings on a real life being led, with the tracks pulled together by a theme of reaching out and trying to make a connection with people around you. Sharing these songs with the world is a fitting finale, a record about connections, reaching out into the world and inviting you, as a listener, to be part of the conversation.

Trust Everyone is out July 26th via Fika Recordings. Click HERE for more information on Common or Garden.