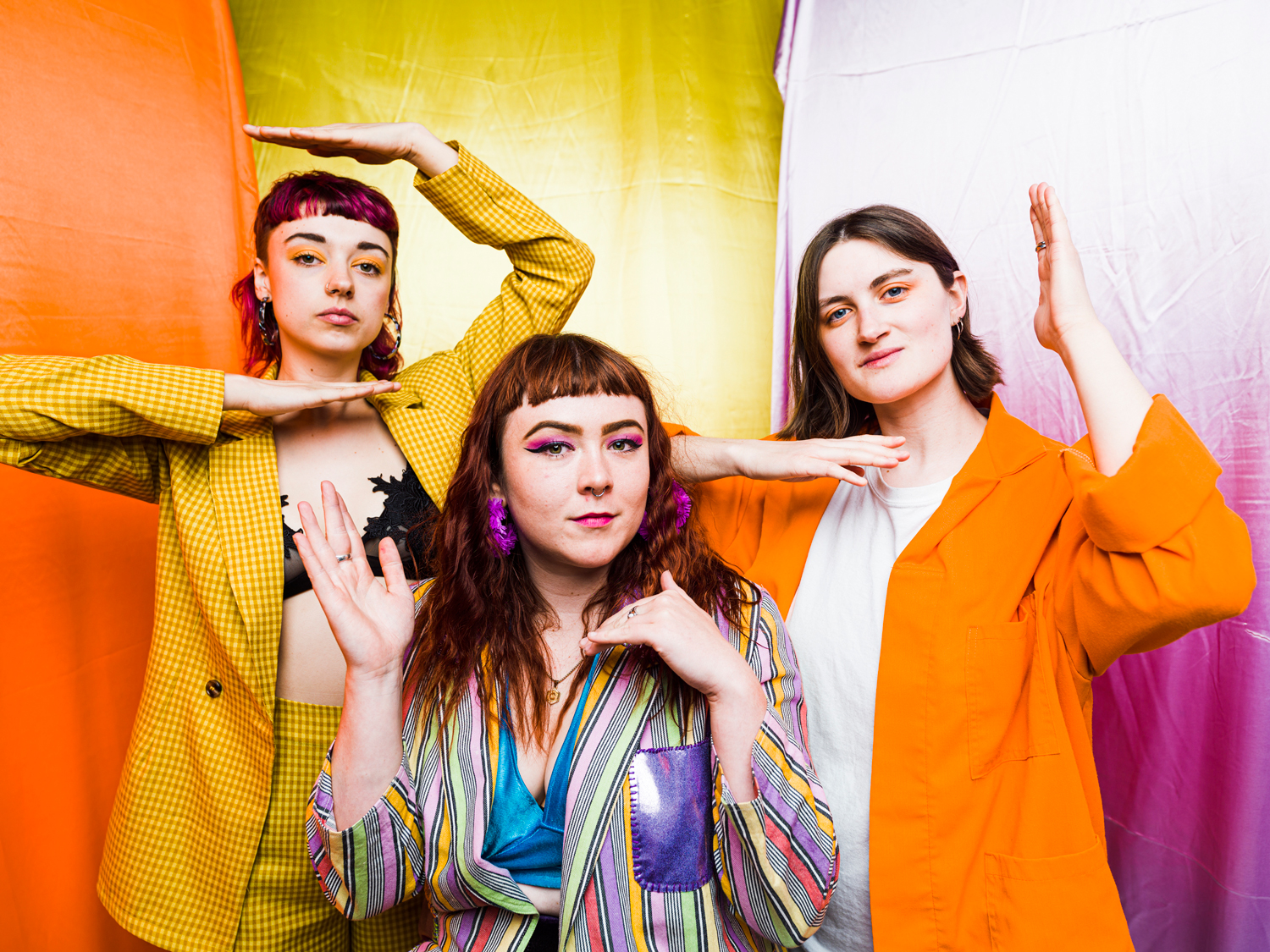 Whatever their musical career amounts to, Montreal quartet Corridor will always have one, very impressive, claim to to fame: never before in the 31-years of Sub Pop have they ever signed a Francophone band. Thankfully, with music as good as Corridor’s we don’t expect that to be all they’re remembered for. The band are set to release their new album, Junior, next month, and have this week shared the latest track to be lifted from it, Topographe.

Resplendent with a multi-faceted animated video that’s well worth repeat views, Topographe is an intriguing offering for those new to Corridor’s sound. The track builds around a repeated guitar riff, gently swelling into a dazzling soundscape reminiscent of the likes of Animal Collective or No Age, and every bit as ambitious as that sounds. With a huge raft of dates on the horizon, this particular Corridor might just take you wherever you want to go.

Junior is out October 18th via Sub Pop. Click HERE for more information on Corridor.

4. Night Flowers Are Going To  Make A Fortune I Tell Ya

After taking the best part of a decade perfecting their debut album, 2018’s Wild Notion, we must admit we didn’t think we’d be hearing much more from Night Flowers this year, thankfully we were completely wrong! Not content with a gruelling touring schedule, the band have found time to put the finishing touches to a brand new album, Fortune Teller, which is out at the end of next month, Ahead of that release this week the band shared the first taste of it, in the shape of the title track.

Discussing their new album, Night Flowers have suggested Fortune Teller is, “a love letter to the rock giants of the 20th century”, and listening to the title track, that makes a whole lot of sense. While they’re known for a distinctly nocturnal take on glistening dream-pop, here there’s something different, Fortune Teller bursts out of the speakers, puts the pedal to the floor and heads for the wide expanses of the open highway. Yes, it’s Night Flowers, so of course it sounds beautiful, the vocals are impeccable, the whole thing has a healthy sheen, yet beneath that this is unquestionably an AM radio-rocker, owing more to Fleetwood Mac or The War On Drugs than it does the much over-mentioned Cocteau Twins. As Sophia sings towards the songs end, “under this sky it feels alright this is the moment and the place”, and this song feels like a moment, the day Night Flowers ambition reached new highs, they let their rawness shine through and their music went roaring off to whatever exciting future is waiting for them on the horizon ahead.

Big Thing are a hot-off-the-presses indie-pop quartet hailing from Cardiff. The band have drip-fed a few tracks out into the world, and this week seemed to take a considerable step forwards with the release of their brand new single Little Mine. The track is the first offering from their as yet untitled new EP, which is set to arrive early next year.

For those of us old enough to remember the early 2000’s, there’s something gently nostalgic about Big Thing’s sound, they feel like a classic indie-pop band in the mold of A Sunny Day in Glasgow on Sambassadeur. From the infectious guitar-hooks to the delightful vocal tones, we’re instantly transported back to a world of indie-discos, floppy fringes and life-affirmingly wonderful, air-punchingly brilliant music. Sure it’s a sound that comes in and out of fashion with each generation, yet Big Thing’s take on indie-heartbreak sounds wonderfully fresh, and ready to take 2019 by storm.

Little Mine is out now. Click HERE for more information on Big Thing.

2. When It Comes To Dana Gavanski, What’s The Catch?

Vancouver born Serbian songwriter Dana Gavanski is an artist who seems to quietly be taking 2019 by storm. A series of singles have seen near universal acclaim, with music writers and radio presenters queuing up to sing her praises. While we’re still awaiting news of when we can expect Dana’s full length debut, this week she’s shared a brand new single Catch, her latest work with producer Mike Lindsay from Tuung.

Catch is something of a musing on creativity and the way an idea can appear and dissipate in no time at all, as Dana explains the track is, “a conversation with the gods of creativity, an attestation to the daily struggle to be inspired and how not to lose direction”. Musically, there’s a touch of Cate Le Bon in Dana’s piercing vocal and just slightly unhinged musical accompaniments, whether it’s the keyboard line that sounds like a kids cartoon from the 1980’s or the soaring crescendos of fuzzy guitar and tumbling bass notes. Dana’s material to this point has already been so intriguing that even at this early stage declaring this her finest work to date feels like a bold statement, perhaps more accurately it’s just yet another reason to think Dana Gavanski might just be one of the most exciting new songwriters on the planet.

1. Hey! There’s Nothing To Wine About When Adwaith Are Back

One of our favourite bands of, well, ever really, Adwaith’s profile sky-rocketed back in 2018 with the release of their brilliant Welsh-language post-punk masterpiece of a debut album, Melyn. The South Wales trio have spent most of their time since that release touring relentlessly, popping up a multitude of festivals and sharing stages with the likes of Gruff Rhys, Gweeno and The Joy Formidable. This week in the midst of a short run of headline dates, the band have found time to release a brand new double A-single, Wine Time/Hey!

Recorded in sessions between London, Cardiff and, “the rural tranquility of Taliaris, Carmarthenshire”, the tracks find the band pondering both the world at large and more personal musings. Hey! is something of a state of the world address, pointing a finger squarely in the direction of our global leaders and their inability, or disinterest in tackling the climate crisis, all set to the band’s most direct and driving offering to date. Conversely, Wine Time is a distinctly inward glancing number, as vocalist Holly Singer explains, it is, “about falling for an extremely self destructive person and the realisation that no matter how hard you try you cannot save a person if they don’t want to save themselves”. Musically, the track finds Adwaith moving into a similar glistening, funky pop territory to the one Girl Ray have made their own, a world of Chic-like guitars and prominent bassy-rumbles, beneath the more melancholic vocal lines. Two bold new strides for Adwaith, this at once sounds like a logical next step and the start of a very exciting future.

Wine Time / Hey! are out now via Libertino Records. Click HERE for more information on Adwaith.

Header photo is Adwaith by The Shoot.