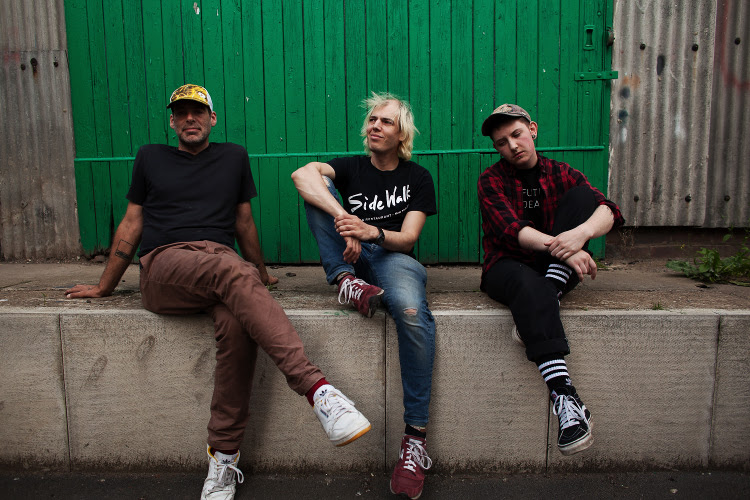 5. Ali Barter Does Her Best To Give Us January In September

Melbourne’s Ali Barter caught the ear of many back in 2017, with her well-received debut album, A Suitable Girl. The record saw Ali garner global acclaim and perform with the likes of The War On Drugs, Stevie Nicks and Liz Phair. Ali is set to return next month with her second album, Hello, I’m Doing My Best, and has this week shared the somewhat unseasonal third single from it, January.

Discussing the track, Ali has suggested it’s inspired by, “the well-intentioned, yet largely unsuccessful attempts we all make at change come January 1st”. While you’re probably wondering why anyone cares about that come September, beneath the resolution theme, this track has a much deeper message, about the process of trying, and sometimes failing to change, “played by the rules, look where it got me, sober is cool, but fuck it’s boring”. The whole thing plays out beneath a really wonderful lead-guitar line, all fizzing bombast and crushing energy; the perfect accompaniment to Ali’s wonderfully elastic vocal. An album that emerged from self-doubt, Ali disliked her debut so much she wondered if she’d ever write another song, Hello, I’m Doing My Best is already sounding well wroth the struggle.

Hello, I’m Doing My Best is out October 18th via Inertia Records/[PIAS]. Click HERE for more information on Ali Barter.

4. Drag Yourself Out Of The Lake And Listen To Some Podcasts

Podcasts are, “a digital audio file made available on the Internet for downloading to a computer or mobile device, typically available as a series”, which you probably knew already. What you might not know is that they’re also a brand new band based out of Oslo, formed after former-Trust Fund songwriter Ellis Jones moved there and got a job in the University. His search for additional members took him as far as his colleagues, and luckily they happened to include a bassist, a drummer and a guitarist; the sort of stroke of luck that means you pretty much have to form a band. This week the band have shared their debut double-A single, Dragging The Lake/First Things First.

The two tracks show the democratic nature of the Podcasts’ sound, with Dragging The Lake showcasing Ellis’ way with a wiry post-punk guitar line and a bristling power-pop chorus, and First Things First walking slower, more melodic streets, nodding to The Mountain Goats or Modest Mouse. The two tracks are brought together by a shared theme of world weariness, a pair of existential crisis’ set to melodic and undeniably catchy backings. The start of something intriguing, or just a rather brilliant single, who knows, either way, if you’ll forgive the blatantly obvious “joke”, it’s one Podcast we would happily subscribe to.

Dragging The Lake / First Things First is out now via Snertingdal Records. Click HERE for more information on Podcasts.

3. The Tubs Shoot For The Moon

Something of an indie-pop supergroup, The Tubs feature members of Flowers, Garden Centre, and in the songwriting engine room, two of the primary songwriters from the Welsh noise-pop group Joanna Gruesome. We had the pleasure of putting them on at one of our gigs back in January, and this week they’ve shared their first recorded material in the shape of new single, Silver Moon.

Citing an eclectic mix of influences from British-folk to Post-Punk, perhaps the sound that most comes across in Silver Moon is the sort of jangling guitar music, more often seen emanating from Australia via the likes of The Goon Sax or Terry. Lyrically, the band have suggested the track, “makes a lunar case for the absolute abolishment of sunshine, lightness, and the entire concept of the earth’s daytime” – slightly odd for a song that you could quite easily file under’sunny‘. A hugely exciting start, The Tubs might just be their creator’s most exciting musical offering to date.

Silver Moon is out now. Click HERE for more information on The Tubs

As we mentioned just a few weeks back, enigmatic and distinctly North-Eastern songwriter Richard Dawson is currently building up to the October release of his new album, 2020, his first new material since 2017’s Peasant. Following up the album’s first single, Jogging, his tribute to the healing powers of running, Richard has continued a sporting theme with his new single, Two Halves, his take on football. As Richard explains, “football is society in microcosm. I really love it (and hate plenty about it too) and wanted to make an album around the subject for some time. I’ve got other fish to fry though so this is just a simple song”.

Richard’s take is a world away from the glitz and glamour of the Premier League, instead it charts the tale of young footballer, “having a really terrible game (in their mind at least) with their irate dad watching on”. A series of mishit crosses, ignored cries of man-on, and hollering from the side-lines, “you’re not Lionel Messi, just pass the bloody ball”. While our protagonist is left broken, with lumps kicked out of him, it ends as all games should with his father’s reassuring words, “dust yourself down, move on to next weeks game, shall we pick up a Chinese or would you rather Fish and Chips?” It’s all utterly charming, a perfect reminder of what football as it’s heart is all about, passion, effort and the chance to do it all again next week.

2020 is out October 11th via Dom-Mart. Click HERE for more information on Richard Dawson.

1. Jeffrey Lewis & The Voltage Get Their Wiring In Order

Jeffrey Lewis has been releasing music for the best part of two decades now, without seemingly ever getting much more or less popular, he remains an underground hero, and in some ways you get the feeling he likes it that way. If his popularity has remained unfaltering, his musical style has undeniably evolved, from the much loved acoustic poems of his earlier material, a lo-fi rock sound has emerged, and brought a series of band names with it, even if the members tend to stay the same. The Rain, Los Bolts, and now The Voltage, each inspired by Jeffrey’s actual, not just made up to sound cool, middle name, Lightning. Jeffrey’s debut album with The Voltage, Bad Wiring, is due out in November, and this week he’s shared the latest single from it, In Certain Orders.

In Certain Orders is a direct and propulsive number, led by a repetitive bass-line and jagged guitar part, more akin to Can or Yo La Tengo than it is to the previously referenced Leonard Cohen or Will Oldham. Lyrically, the track seems to touch on themes Jeffrey has referenced throughout his career, from the futility of making music, through to writers block and ultimately human’s inability to communicate, “words only appear in certain orders, or no one listens anyway, it doesn’t go that way, we don’t know how to hear it but we think it’s what we don’t know how to say”. In 2019, Jeffrey Lewis has become something of an icon, a hero for those who don’t want to play the world’s games, a songwriter who appreciates the things that really matter are quite often the things people tell you don’t tell matter at all – Jeffrey Lewis matters!

Bad Wiring is out November 1st via Moshi Moshi (UK) / Don Giovanni (US). Click HERE for more information on Jeffrey Lewis & The Voltage.

Photo is Jeffrey Lewis & The Voltage by Nic Chapman