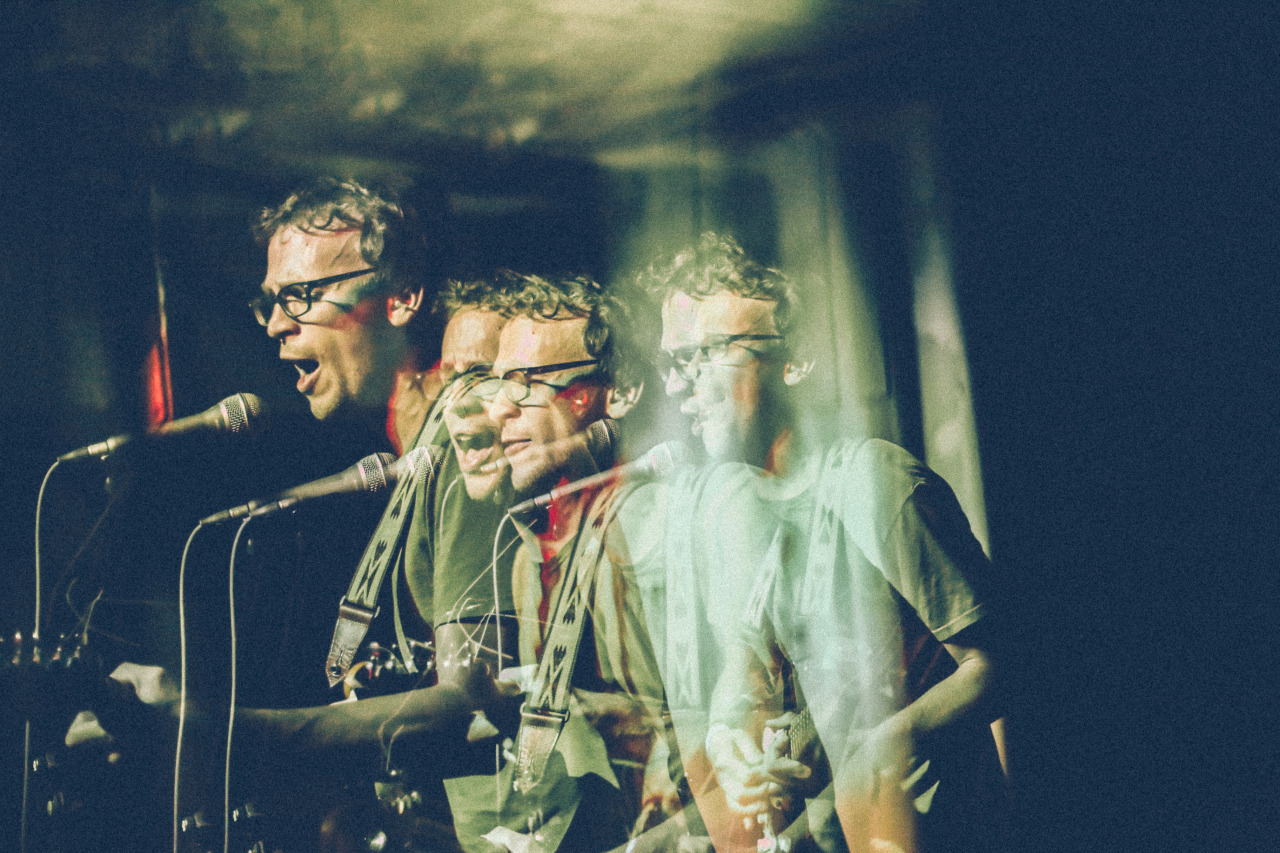 Back at the end of July we premiered the stunning Black Friday, the first taste of Frog’s fourth album Count Bateman. That album crashed into the world on a wave of critical acclaim back in August, a record that both thematically and sonically saw Frog cast off for new musical waters.

It wasn’t just the result that was different, the process to get there was also a departure for Frog, Count Bateman saw songwriter Danny Bateman flying solo, after drummer Tom relocated to London. Not wanting to dull his ambitions, Danny bought a tape machine, taught himself to play drums and created an album that, without losing any of the essence of Frog, was unlike anything they’d put out before. In many ways for this proud East-Coaster this was his West-facing offering, as he explains, “the setting of the record seems to be Southern California in the early 70’s, and I’m the eccentric hawking his record to the executives walking from their cars”. Thankfully that feeling extends beyond Danny’s own mind, and into the sound of sun-dappled 70’s pop, somewhere between the harmony-drenched wonders of Whitney and the wistful melancholy of Andy Shauff.

On their previous three outings, Frog could loosely have been classified as indie-rock, with all the cold, crispness and poise that come with the genre, yet on Count Bateman that just seems to melt away. These songs feel sincere, happy-sad slices of a life being led, sometimes straight-forward and to the point, “that’s right it’s broken and you can’t get back together”, others funny and braggadocious, “I wish I could live 1000 lives, court and wed 1000 wives, sow the bed with golden lies, journey to the center of 1000 thighs”. At times it’s not clear if these songs are Danny himself or a series of characters, chasing love, or at least lust, in and out of bars and cars, always wanting, “the girl” and seemingly never quite ending up with her, at least not in the end. As he concludes at the end of the sublime, RIP To The Empire State Flea Market, “you don’t get what you want”.

Following the album’s release, we had the chance to discuss the record with Danny, discussing the joy of recording analogue, going solo and how he ended up with The Antlers’ tape machine.

FTR: For those who don’t know, who is/are Frog?

I’m not really sure anymore.

FTR: Your new album, Count Bateman, is out now, what can you tell us about recording it?

Count Bateman is a record I recorded by myself because Tom (my drummer) moved to England. I miss him very much. I used a tape machine, which I’d never done before, and had to learn drums, as well as a bunch of other instruments. It was lonely, but I feel like I was able to go different places that I hadn’t been before, which I really liked. CB2 is on the docket and it’s even better.

FTR: What did you do differently compared to your previous albums?

Besides everything I already mentioned, I think that I went to more abstract spaces on some of the songs. On my earlier albums I am throwing out my fishing line into the lake, on this album I jumped into the lake. I’m in the 1970s, I’m in the 1670s. I’m peering through binoculars at a celebrity in the catskills, I’m smoking cigarettes behind the bowling alley with some beautiful carney. I just tried to walk down a long dark path in a forest into a clearing and write what I saw.

FTR: How did you end up with The Antlers’ tape-machine? How do you think recording direct to tape affected the way the album turned out?

Craigslist! It made the album sound the way it does, as well as influenced the songwriting process. Using tape to record music is incredibly fun and challenging. You sorta end up with something way different than what you played into the microphone, which is very exciting as well as terrifying. The music has a life, a presence of its own, which is missing from a digital recording.

FTR: The album’s the latest collaboration between you and Audio Antihero? How did that come about? And why does the combination work so well?

Jamie and I met through friends at a party in the Pyrenees. I took a big drag of my cigarette and noticed him out of the corner of my eye, wearing a plaid jumpsuit with bellbottoms and talking to someone that very obviously was trying to exit the conversation. I knew right then and there we would fall in digital love and release multiple records together. I know any idea is worth pursuing when he is steadfastly against it from the get-go. On a serious note, he is a good person, tries really hard to get the music heard and is very organized; all of these things you need to run a label well!

FTR: We saw this was also a joint release with your own Tape Wormies imprint, what are your hopes for the label?

The label is barely anything. I am just trying to survive over here. Maybe I’ll release something Stevie (my brother) makes. I haven’t had time to make a website, use social media, anything. Life is what happens when you’re off meds and making pains. I just hope the label doesn’t kill me and/or someone else.

It’s Something I Do is the simplest song, but it might be the best one. Stevie thinks so. I like them all! I like the lines on Borned King about medieval times, I never did that before. It was all an experiment! Every day should be a testing space for you to try out being the person that you could possibly want to become but aren’t sure, and the record was sorta like that. I tried being a different person in every song, on every take, in every instrument.

Wow, getting the hard hitters in. I just hope people hear the music. Music is not a viable career, at least it hasn’t been for me. It’s just something that makes me happy. I hope that I’ll have enough bandwidth to put the time towards frog that it needs to thrive!

FTR: Who are your influences? What were you listening to when you wrote Count Bateman?

Honestly, I don’t even remember what I was listening to when I was making this record. As I recall, I might have been rocking a lot of minimal German techno, which is I guess more of a conceptual influence. I’m influenced by a lot of things that aren’t necessarily music- I really like this movie by Almodovar that influenced me a lot called Tie me up Tie me down! The vibe of that movie definitely makes it over into Count Bateman. In general, lately I’ve been listening to a lot of Clifford Brown and Charlie Parker.

Why am I right-handed? God scratches his head, Bateman makes a record. Who the heck knows. I’ve always wanted to get into other art forms but I don’t have the attention span for them. I’ve started 3 novels that have all lasted one page and then I got bored.

FTR: What can people expect from the Frog live show?

It changes a lot these days. I’ve been practicing with my brother Steve and hopefully we can get something that sounds together enough to show people. I have a few shows coming so hopefully it does otherwise it’ll be me alone again, which is fine, but I feel like when I have two people up there it’s just a better experience. I’ve played a few sets by myself that were incredible, but I still think that in general it’s more fun when you have friends ☺

FTR: What’s next for Frog?

CB2! Eventually. It’s not even done yet. Show 11/15 at Bacchus in New Paltz, show 12/14 at Rough Trade. I love being in a band and love making music that people are listening to! Love you all.

Count Bateman is out now via Audio Antihero/Tape Wormies. Click HERE for more information on Frog.