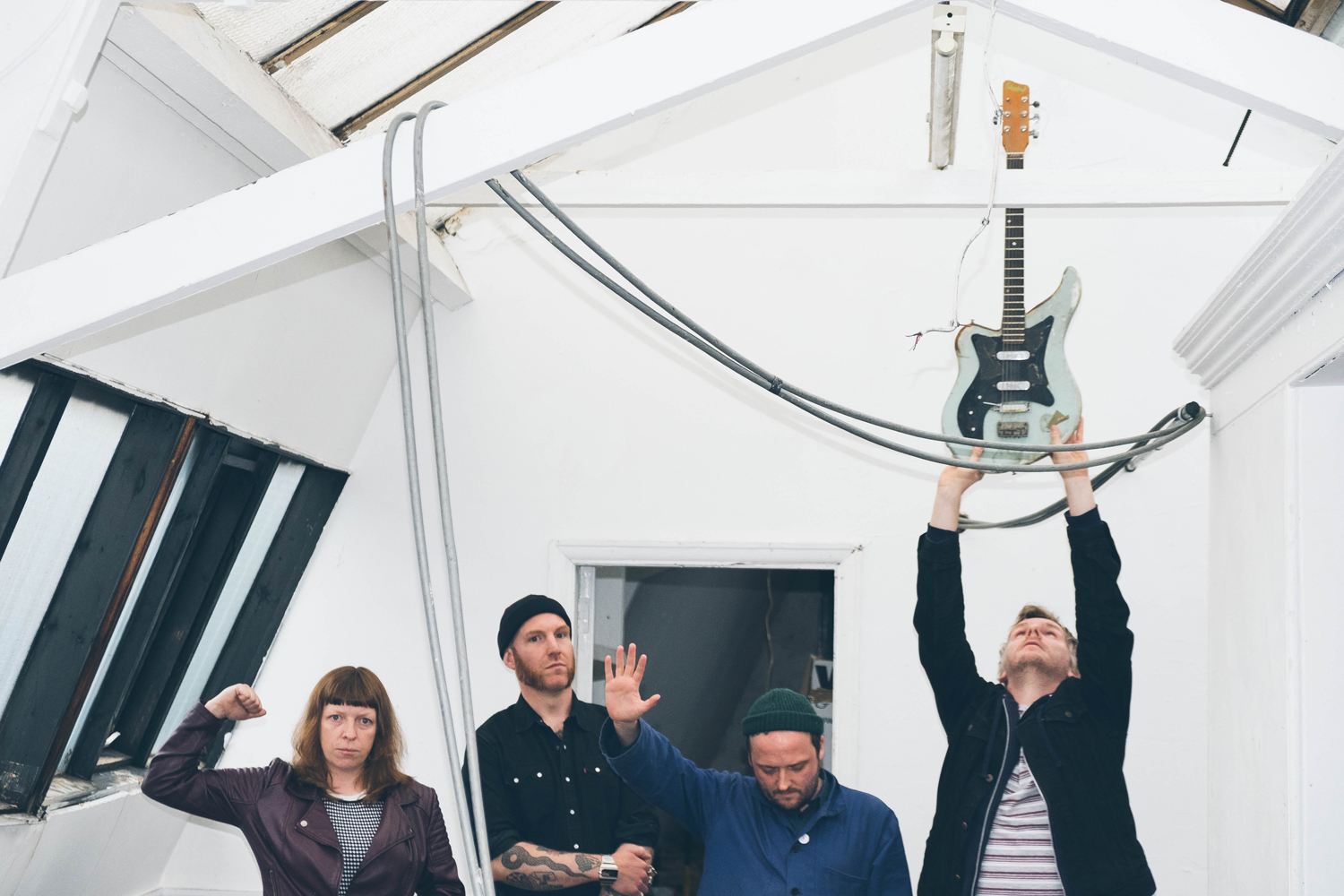 Describing themselves as, “punk rock lifers”, Grey Hairs are a deliciously noisy quartet hailing from Nottingham, who you probably already know from one of the huge number of bands they’ve all been in previously. The band have recently released their new album, Health & Social Care, their third. As you’d perhaps guess from the title, it’s a politically charged record, yet equally a personal one, inspired by working 40 hours a week in the public sector and seeing it eroded around you.

Much of this record touches on the idea of balancing creative passions and the need for a life beyond on them, and how that seems to be getting harder and harder. That toughening of Grey Hairs’ ethos is reflected in the music too, more focused and more intense than ever; there’s a touch of Birthday Party swagger to Hydropona, a Fugazi like intensity to Tory Nurse, a raw visceral howl to Ghost In Your Own Life. Yes this is a political record, and it’s one that knows what that really means, how politics affects our lives and how in the here and now, the ethics of punk rock are as important as they’ve ever been.

FTR: For those of you who don’t know who are Grey Hairs?

We are a band and we are based in Nottingham. We are James (sings), Dave (drums), Amy (basses and sings) and I’m Chris (guitar). We formed in 2011 and we’re on our 3rd LP, it’s called “Health & Social Care” and it’s out on Gringo. It’s best thing we’ve done I think, but I’m biased obviously.
Between us we also play in Fists, Hey Colossus, Kogumaza, Bus Stop Madonnas, Haress and a load more I’ve forgotten about. When we formed the band name was a joke but now it’s something of a depressing reality.

It was in 2011 at a place called Spankys in Nottingham. I think it went OK. I remember being surprised how much energy it took to play for 30 mins. We finished with a cover of “Final Solution” by Pere Ubu.

We all do make other forms of art as well as music but music has a unique ability to communicate complex things in simple and direct ways that transcend language. Someone like David Berman is (was) superb with the written word and is responsible for one of the best books of poetry ever written (Actual Air) but yet he was still compelled to set words to music. There’s something about the way melody and sound contextualise words that allows a third element to be created by mixing the 2 things. It also doesn’t have to be words and music, it can be purely instrumental music in its own right that brings to mind a sense of the uncanny, you understand something but it’s beyond literal translation. That can be quite addictive.

FTR: What can people expect from the Grey Hairs live show?

Well, how does the saying go? “You can expect in one hand and shit in the other and see which fills up first”. Actually, I might have got that wrong…
I really don’t know what anyone can expect – we don’t exactly put on a show and we usually don’t play with a setlist so it’s fairly loose, but (to quote the aforementioned David Berman) “We are real” – it’s what happens when the 4 of us get together and it reflects who we are and how we interact. Every member is always operating at the very edge of their comfort zone. It gets sweaty.
Someone said we’re the “best live band in Nottingham” but I think that’s a bit like being called the best looking member of The Cure, it’s not exactly much of a compliment.

FTR: What’s next for Grey Hairs?

We have to snatch time to play gigs in between work, families, other bands etc but we recently had a little run of gigs and did a Marc Riley session for 6Music which was exciting. I’m sure we’ll start thinking about another album once the dust settles but really there’s not much of a game plan here, everything is a bonus.

4. Silver Jews – “Advice To The Graduate”