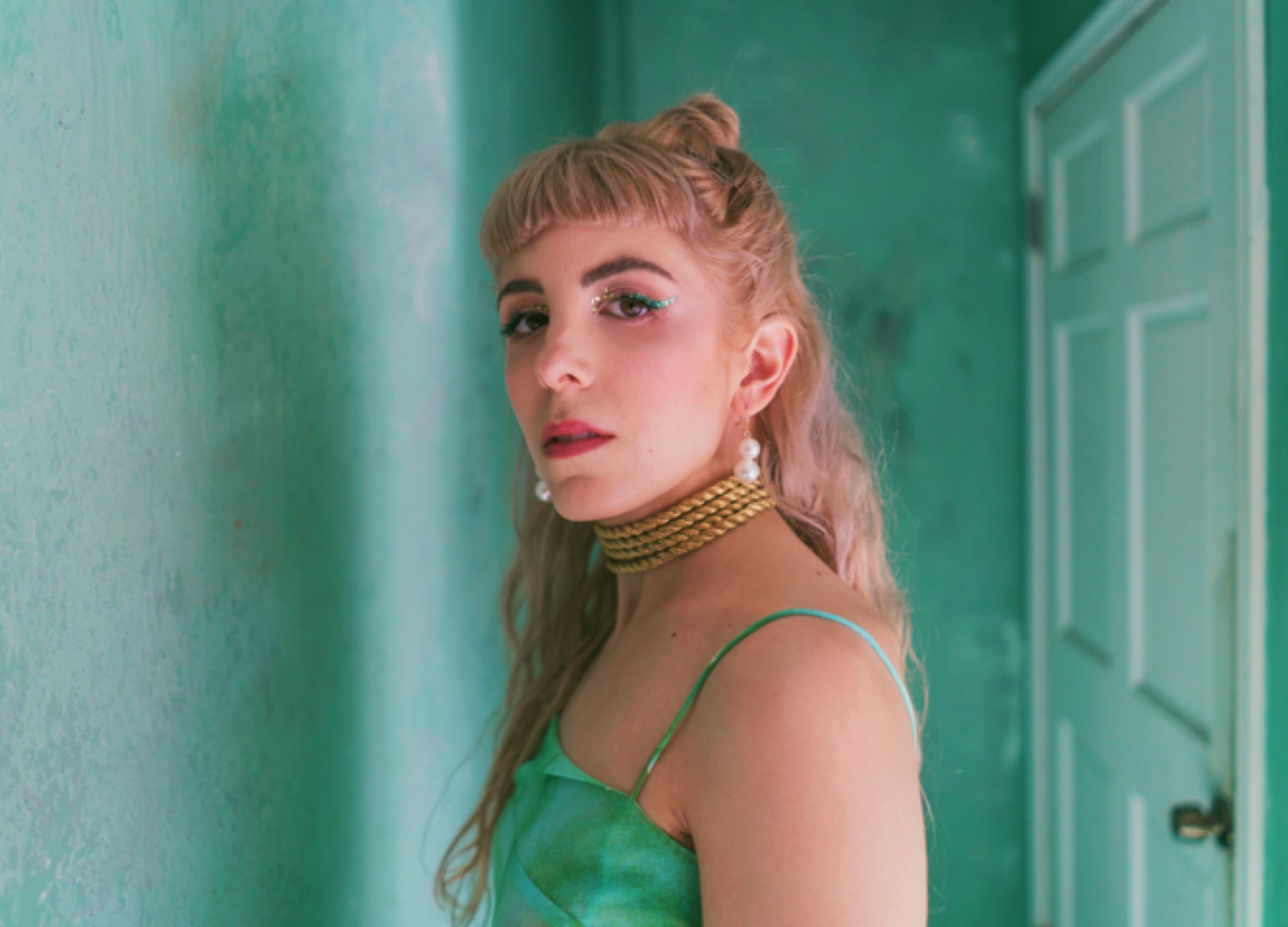 On her debut album, What We Say In Private, Alexandra Levy, the songwriter behind Ada Lea, produced a vivid snapshot of a personal crisis, a relationship in meltdown, as she sings on the opening track, “I have always thought, so it must be true, in every case I’ve seen even you are proof there is always one person who does love just a little more than the other”.

For Alexandra, also a painter, art and music have always been ways of communicating and exploring the highs and lows of life. The contrasting light and shade of life, love and loss, hope and suffering. The contrasts in the songwriting was so stark, Alexandra briefly considered producing the record as a concept record, two distinct sides representing the Sun and the Moon. Although the concept eventually eroded that influence, the skeleton of the idea still lingers in the background throughout. As she sings on the stunning bare-boned number, Yanking The Pearls Off Around My Neck, “sun and moon are disparate things and we fought for each one in turn”.

If Alexandra’s lyrics paint vivid pictures of intimate locations, musically too What We Say In Private is a bold, Technicolor affair, flittering between genres and moods, with the hushed vocal holding the whole thing together into a form of cohesion. There are moments of traditional song structures, such as the angsty indie-rock of Easy or the waltzing, What Makes Me Sad. Yet it’s arguably when Ada Lea’s imagination runs wild that the record is at its most expressive and intriguing, 180 Days bring the glitchy beats of Digital Ash In The Digital Urn-era Bright Eyes to the fore, The Party starts as an easy folkish offering, before shifting into a swelling choral number, while The Dancer is a bold textural soundscape all driving drums and buzzing background noise. Weirdest of all is the delightful, Just One, Please, an absurdist master piece In the mould of DRINKS, Alexandra haggling with a pet shop owner over the purchase of, “just one Dove”, before the track shifts into Banhart-like freak-folk, then distorts into a weird fairground spiral of processed just about human voices, then just ends. It’s the sign of a confident songwriter to put something so imaginative and odd into a debut album.

With one of the year’s finest debut albums in the bag, we had the chat to chat to Alexandra, discussing touring plans, the link between music and visual art, and how a chronic sinus infection influenced the album.

FTR: For those who don’t know, who is Ada Lea?

Ada Lea is my singer-songwriter/band project, in which I sing and sometimes shred on the guitar.

FTR: Your debut album, What We Say In Private, is out next month, what can you tell us about recording it?

We recorded the songs with the band live in the span of two days, in the dead of winter. I had a (chronic) sinus infection and could hardly breathe, let alone sing, but those were the only days we had reserved at the studio, so we had to make do. We spent the rest of winter working on finishing the recordings. Funnily enough, we actually ended up keeping one of those sinusitis/nasally vocal scratch tracks on the song “for real now (not pretend)”.

FTR: We read this was originally going to be a concept album, do you still feel like that’s the case?

There’s still a theme to the album, a couple themes. Namely, sun and moon, but more importantly, the things we say in private. I think ‘what we say in private’ is an expansion of sun/moon; it’s what happened when I let my mind run free, uninhibited.

FTR: The album’s coming out via Saddle Creek, how did that come about? Are you a fan of the labels output?

I’m a huge fan of the label’s output. Land of Talk and Big Thief especially; now Black Belt Eagle Scout, Hand Habits and Stef Chura are new favourites. I have yet to come across a label that puts such care into their artists and their releases. They don’t know this, but I kind of always pictured myself releasing music on their label. It still felt like a dream when I signed, but part of me knew it would happen one day. I basically just sent them my music and six months later, we were talking about the release.

I’m not sure. I don’t know that I have a favourite. Perhaps ‘yanking the pearls off around my neck…’ we recorded that song so quickly, it felt like everything fell into place for that one moment. An honest capturing of the feeling and mood. I think it’s the most hopeful song of the record. With the song, I really feel that the record’s character becomes someone that is resilient, someone that can withstand a turbulent ride. When looking at a song, or a selection of songs like this LP, I always asking myself “can this character survive?” And, I think so.

I don’t have many expectations for this record, to be honest. I just wanted to release something that I felt represented an honest time and place, and I think I achieved that. I believe it could eventually become a viable career, perhaps with extensive touring and continuing to release music.

FTR: Who are your influences? What were you listening to when you wrote What We Say In Private?

My influences vary, depending on my mood. These days I’ve been listening to the new Bill Callahan, but I wasn’t listening to much music at the time we recorded the album. We were spending lengthy hours in the studio, that at the end of the day I couldn’t come to listen to much of anything. I remember waiting for the bus in -40 degree weather after a long session, wearing my headphones to shield my ears from the cold, without any music playing despite me wearing the headphones.

The only way to keep myself afloat is by working… Virginia Woolf said something of the sort. I definitely use music to help me cope. Living with serious mental health challenges, I often feel like this world is not for me. I think I make music to help myself through moments, and hope that it can reach others in the same spirit. Music is likely the only thing that gives me a curiosity and a connectedness to the life that surrounds me.

FTR: We read you’re a visual artist as well as a musician, do you think the two are interlinked? Or do you see them as separate forms of expression?

They’re two separate forms of expression that happen to inform each other. If I’m working on a song, I’ll likely get some sort of visual happening simultaneously – it’s just what happens. I can’t really explain it, but some songs evoke a colour palette, an outline of a shape, a scene, and that may guide the song. 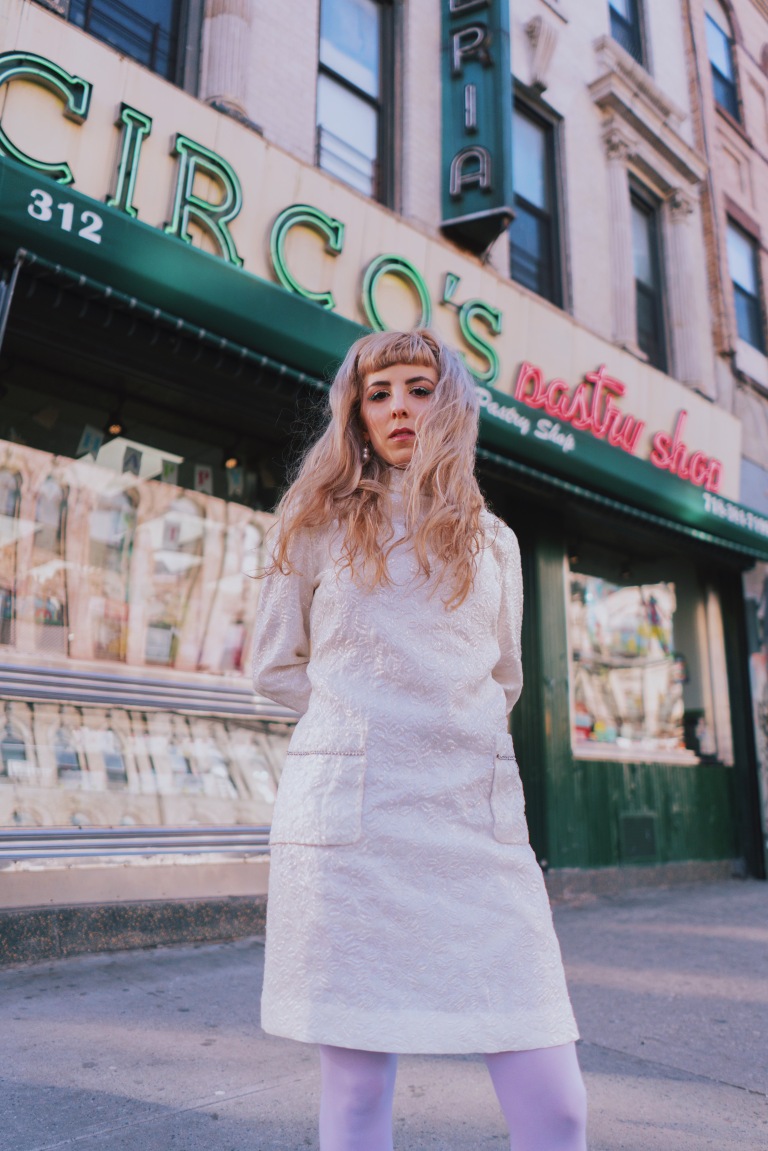 FTR: The album’s obviously coming out on vinyl, are you attached to physical formats? Do you see streaming as a good thing or a bad thing for the music industry?

Streaming is a double edged sword. Having music so readily accessible means more people are consuming it, which I think is a positive thing. But at the same time, having it at your fingertips means we have forgotten the actual value of music. The amount of effort required to release a record, the hours upon hours that go into it. I think the physical format helps us remember that, feeling its weight between our fingers.

FTR: What can people expect from the Ada Lea live show?

This tour I’m travelling duo with Edwin De Goeij on keyboards, but we plan on performing with the full band in August for the album release on the east coast. The live show is rad, would highly recommend!!

FTR: What’s next for Ada Lea?

We are currently touring Australia, opening for Methyl Ethel, then an EU tour in the fall, then hopefully recording the second album!

What We Say In Private is out now via Saddle Creek. Click HERE for more information on Ada Lea. They play dates across the UK and Europe in October and November – Click HERE for tour dates.