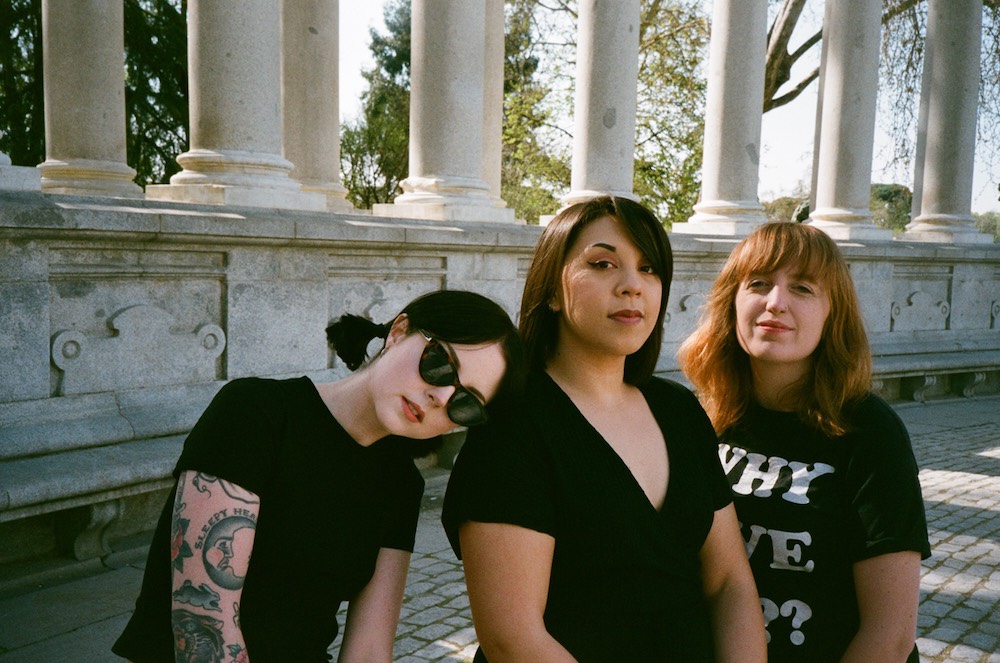 5. Wake Up To Alex Chilltown

An artist catching the ear of an increasingly wide audience, Alex Chilltown is the musical project of South London based artist Josh Esaw. Currently building up to the release of his new album, Eulogies, Josh has drip fed us a series of increasingly more intriguing singles, culminating this week with the release of the sublime, Barely Awake.

Featuring the ever excellent backing vocals of flirting. vocalist Poppy Waring, Barely Awake is a particularly dreamy affair, with the perfectly paired vocals enshrined in prominent bass, twinkling electronics and bright, bursts of noisy guitar wonderment. The track was inspired by the now fairly distant breakup of a relationship, which Josh has described as both, “very short” and “very intense”. The track was demoed a number of years back and had been sitting unfinished, until the arrangement for this final version was stumbled upon, the benefit of distance perhaps providing the ability to finally complete the track. Eulogies release is just one week away, so perhaps it’s time to roll out that old cliché – one of the year’s first records might quite possibly end up being one of its finest.

Eulogies is out January 24th via Fear Of Missing Out Records. Click HERE for more information on Alex Chilltown.

4. TORRES Dresses Her New Single Up In Red, White And Blue

The return of TORRES, the project of New York-based musician Mackenzie Scott, might just be one of the most exciting events of the musical year. While never quite hitting that break through moment, TORRES is a songwriter we’ve always loved, and with each new single she shares, her upcoming album, Silver Tongue, just seems to get all the more exciting. Possibly the best to date came this week in the shape of the sublime, Dressing America.

Dressing America is a track that seems to gently unfurl itself, as the initial strum of muted guitar gradually blossoms, into a Bowie-like slice of hypnotic New Wave glamour, resplendent with motorik rhythms and Mackenzie’s strikingly commanding vocal delivery. Lyrically, it seems to set Mackenzie as a wannabe romantic-hero, a macho cowboy, who might not understand the subtleties of the human heart, yet is ready and waiting to go rescue a damsel in distress, “you’re always telling’ me I don’t know who you are, come on, woman, I tend to sleep with my boots on should I need to gallop over dark waters to you on short notice”. From the singles delivered, Silver Tongue already feels like TORRES’ most immediate release to date, a study of infatuation, lust and human connections, that might just end up being her break-out moment.

Silver Tongue is out January 31st via Merge Records. Click HERE for more information on TORRES.

3. There’s Only So Much Babehoven

Babehoven is the full-band vehicle for the songwriting of Philadelphia-based songwriter Maya Bon. The band are currently gearing up for the release of their upcoming EP, Demonstrating Visible Differences of Height, and have this week shared the latest offering from it, Only So.

On Only So, Maya seems to grapple with struggles both personal and global, finding similarities in the battles and attempting to find a way to carry on when things get too much. As Maya sings, “there is only so much I can take of this destruction”, attempting as she explains to, “draw a line in the sand, to set intentions for my healing and boundaries for my struggle”. Even if the tales here are deeply personal they can easily resonate with anyone wanting to find a path towards moving on and starting to heal the universal wounds. The whole thing is set to a subtly crunching musical backing, full of rattling cymbals and crunchy, flourishes of guitar, none of which gets in the way of Maya’s impressive cracked vocal delivery. One of those songwriters who seems to instantly command your attention, Babehoven might be one of the year’s most important new musical voices.

Demonstrating Visible Differences Of Height is out February 7th. Click HERE for more information on Babehoven.

2. Anna Burch Is Really Not So Bad

Back in 2018, you couldn’t go far in the music blogging world without finding someone queuing up to throw praise in the direction of Anna Burch’s excellent debut album, Quit The Curse. With its sunny-drenched melodies and quietly cutting lyrics, the record was a deceptively complex wolf, in some delightfully poppy sheep’s clothing. After some fairly relentless touring, Anna disappeared from public view for a while, and the result is her upcoming second album, If You’re Dreaming, due in April on Polyvinyl. This week Anna has shared the first taste of that record, in the shape of new single, Not So Bad.

Hitting play on Not So Bad, its instantly clear that Anna’s musical output has gently morphed, there’s a languid feel to the track, with prominent soft-rock influenced bass-lines, woozy woodwinds and, if you’ll allow the Austin Powersism, some subtly groovy drum beats. The whole thing has a wistful, almost weary quality, matched in the lyrics which seem to reflect on a past, or even ongoing relationship, focusing not on the crashing lows and dizzying highs, instead with the quiet joys of a real connection, “what is this instinct, to hate on everything? Seems it’s in me, badly, I’m afraid. I’m so much better, when you’re around, and I’m still here, if it’s not clear”. This is the sound of Anna Burch growing as a songwriter, trading the charmingly accessible tones of her debut for something richer and more sophisticated: come backs don’t get much more satisfying than that.

If You’re Dreaming is out April 3rd via Polyvinyl Records Co. Click HERE for more information on Anna Burch.

Already well established on the UK DIY-scene, Chester-trio Peaness look more than ready to win over an even larger audience across 2020. The band are about to head out for their biggest headline shows to date, and have celebrated that news with the release of Kaizen, their first new music since 2017’s rapturously received, Are You Sure? EP. The band have hinted this is the first taste of a more substantial offering, so we’re hopeful the long anticipated debut album might not be far down the line.

Kaizen is a Japanese word meaning, “change for the good”, here presented as a mantra to remind us that, “with every act of kindness and every crime, we affect the future”, a reminder that while the future can seem terrifying, things can also get better. Musically, it’s a typically bop-along slice of pea-pop goodness, as prominent bass lines, twin-vocal harmonies and the steady driving-tick of the drum beat create a relentlessly joyous whole. It has been a long time coming and this latest musical move from Peaness is showing itself to be easily worth the wait.

Kaizen/Breakfast is out now. Click HERE for more information on Peaness.