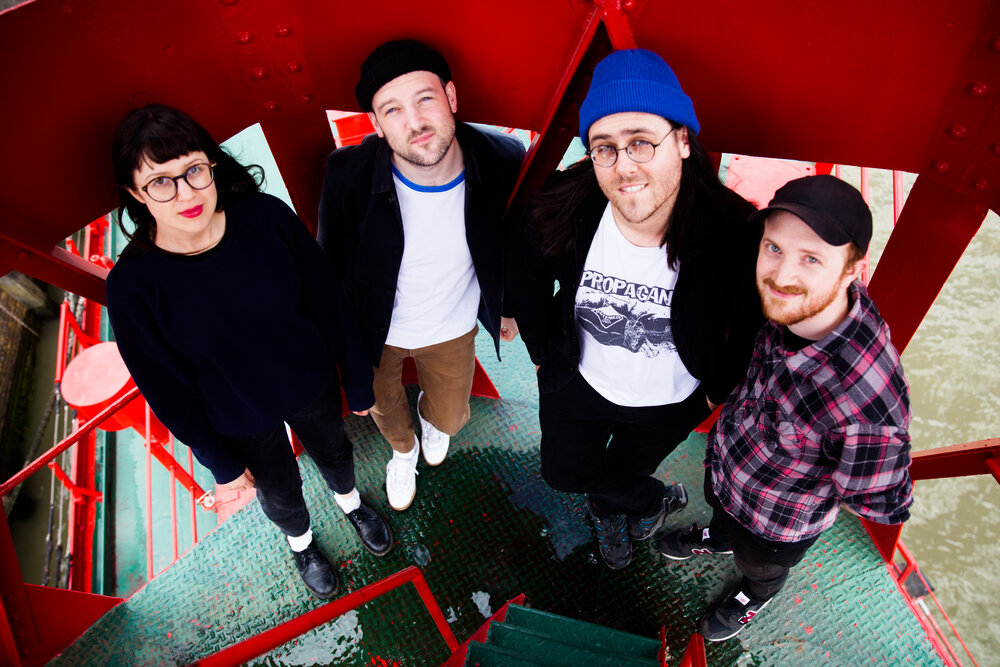 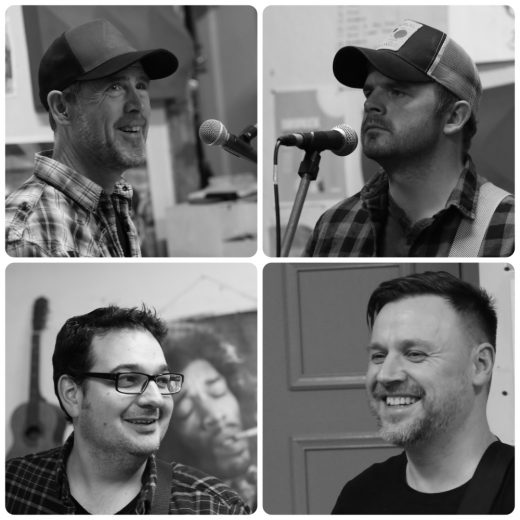 In a list of new discoveries it might be slightly odd to pick a band who’s debut album would be old enough to order a pint, yet in the spirit of bands that are new to us, and quite possibly new to you, we’ll make an exception for Dropkick. Originally formed in Arbroath as a punk-pop band, Dropkick have been through a number of incarnations before settling on their current four-piece line-up and somewhat different musical style. Somewhere along the way the band discovered the likes of Wilco and Teenage Fanclub and came out straddling the camps of Americana and indie-pop.

Recently signed to Bobo Integral, home to one of our favourite discoveries, of last year Ducks Unlimited, Dropkick are set to release their latest album, The Scenic Route at the start of February. On the evidence of the tracks shared so far, the band’s sixteenth record might just be their most interesting yet, combining timeless melodies with a bright, crisp production style that’s equally likely to charm fans of The Byrds or Grandaddy. Further proof that no band is ever too long in the tooth to make a great record, Dropkick might just have timed their best record to perfection. 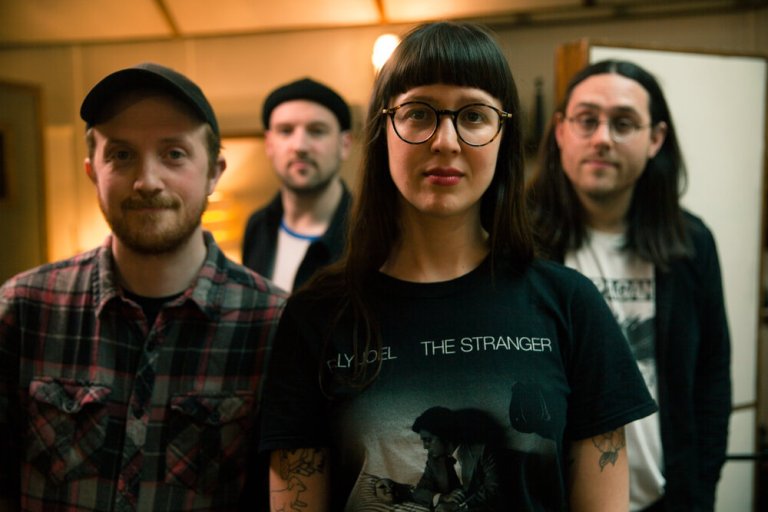 If you don’t know Fortitude Valley yet, there’s a good chance you know some of the band’s constituent parts. Ostensibly a vehicle for the songwriting of Durham-based Brisbanite, Laura Kovic, known as a member of Tigercats and Ski Saigon, Fortitude Valley formed out of a period of felling, “musically restless” and wanting to try her hand at being the songwriter. Laura recruited a crack-team of DIY heroes, featuring Daniel and Nathan, the Onsind parts of Martha, and Greg from Night Flowers. The band recently played their first show as part of the Winter Sprinter, as well as teaming up with Fika Records for a debut single, Wreck.

Describing their music as, “awkward power-pop”, on Wreck, Fortitude Valley seem to tap into a rich thread of driving, melody-led pop; a musical world full of layered vocals, free-flowing guitar lines and snapping drum hits. While details are currently thin on the ground, the band are currently in the studio working on their debut album, which is pencilled in for a summer release, with this many talented people involved one track is proving more than enough for us to be very excited about indeed. 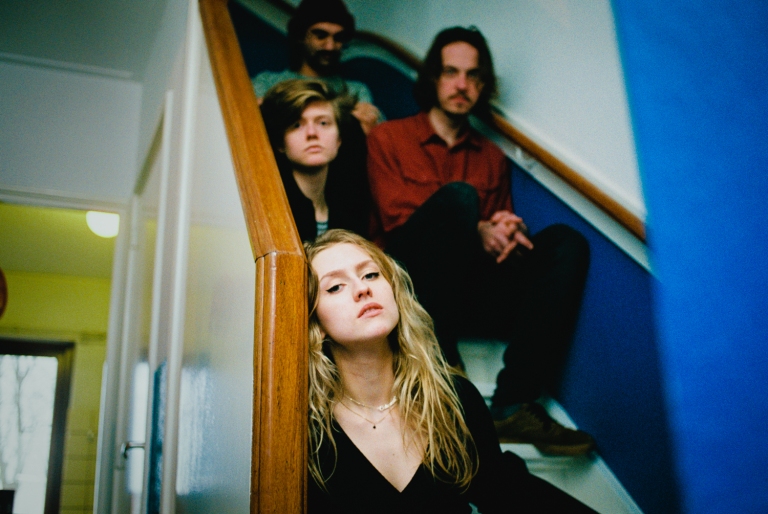 Although recorded material seems so far to be pretty much non-existent, we’re already getting rather excited about Stella, the self-styled, “soft grunge” band hailing from Amsterdam. Fronted by Tosca van der Waals, the quartet recently shared a live video of their track Satisfied, which showcased their ambitious, wide-screen sound that hinted at the influence of the likes of PJ Harvey and Mazzy Star.

Continuing a recent glut of excellent bands from the Netherlands, Stella manage to cram enough ideas into just one track to have us hooked, with Tosca’s stunning vocal accompanied by a rich backing of bowed electric-bass, slowly building drum-parts and guitars that are equally indebted to widescreen Alt-country and bluesy-rock. While tour dates seem to be limited to their native Netherlands for the time being, if all their music is as good as Satisfied, don’t expect them to be Amsterdam’s best kept secret for long. 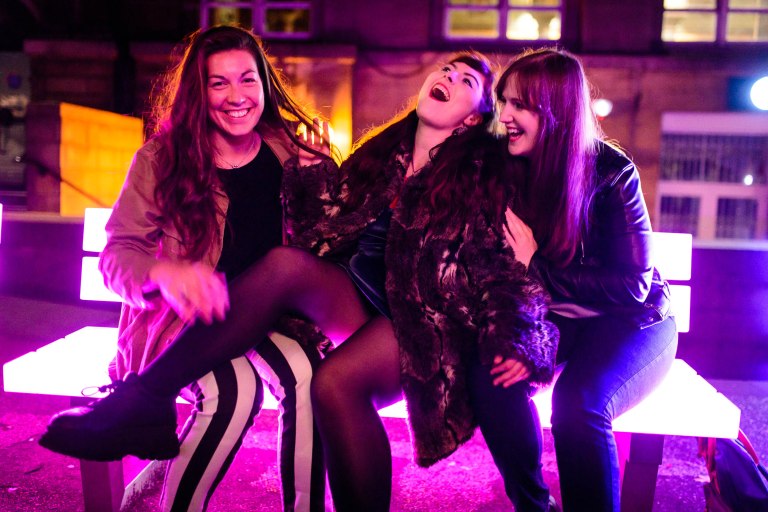 Lunar Sounds are a riot grrrl influenced trio hailing from Leeds. The band formed back at the start of 2018, and wasted no time in both cementing their reputation as a live band and sharing their deliciously lo-fi debut EP, The Void. Those four tracks hinted at something exciting, that was further cemented with the stand-alone single, Reputation, released in October last year.

Adding a touch of studio polish, recent single Reckless lost none of the band’s unrestrained charms, featuring yelp along vocals, loose drum pounding and frighteningly energetic guitar thrashing, it offered instantaneous thrills. These were backed up by their impressive lyrical flourish, as they examined dating-culture and found it entirely wanting. The band recently played their first show of the year supporting Big Joanie, and while plans beyond that are unconfirmed, we’re expecting to hear a lot more of the band’s poised punk perfection in the year ahead. 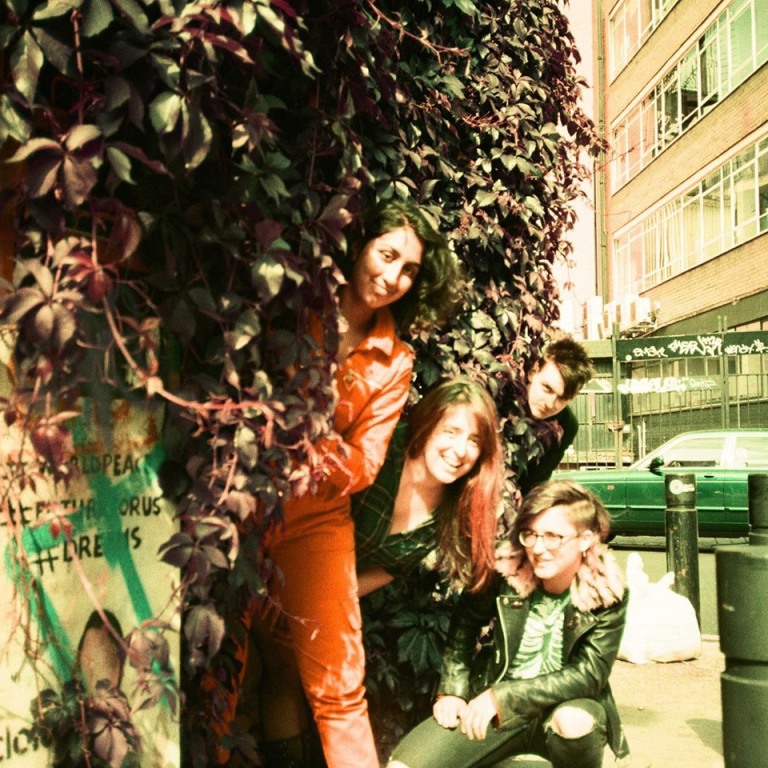 The latest exciting prospect to emerge into the London punk-scene from the First Timers event at DIY-Space for London, Breakup Haircut are a self-described, “ragtag team”, making a delightfully lo-fi racket, that’s as thrilling as it is delightfully raw. Last year saw the band release their debut EP, What Did You Expect? I Got It Off The Internet, which more than made up for its limited production value with the sheer energy of their songwriting.

Whether lamenting the fact they’re not cool enough to move to Berlin or revelling in grave yards, Breakup Haircut combine humour, honesty and spooky going-ons with a healthy dose of feelings. Whether taking influence from 80’s indie on Mystery Inc. or 50’s rock’n’roll on the nostalgic and wonderful, Mum, I Wanna Be A Greaser, Breakup Haircut more than anything get that music is meant to be fun, they sound like they’re having an absolute blast – and we can almost guarantee you’ll want to join in! 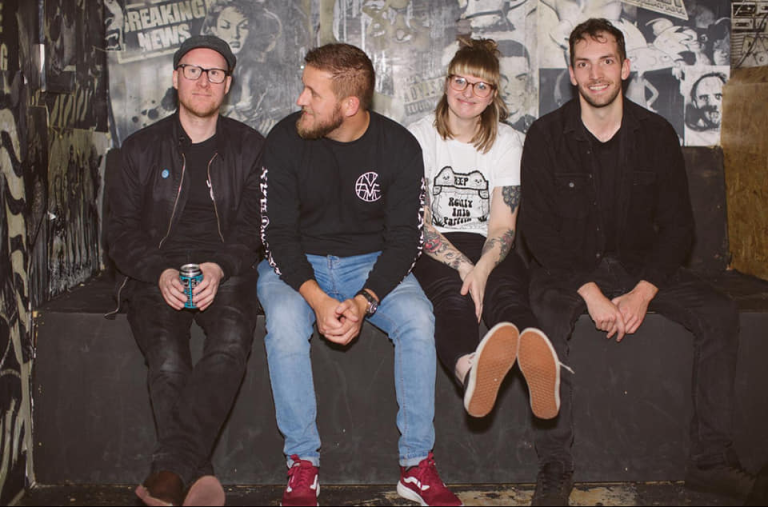 Newcastle indie-punks Fast Blood only started making music in 2019, yet have already started making quite the splash. The band released a pair of excellently received singles, shared stages with the likes of Jeffrey Lewis, Martha and Mannequin Pussy, and quietly set to work on their debut EP, which we’re led to believe should be with us later this year.

Delightfully full-throttle, Fast Blood more than live up to their name with a riotous clatter of drums, searing vocal yelps and frenetic guitar lines. The band seem to take equal influence from the both the current UK DIY-scene and the more angular and artsy end of emo, having us scrambling in our mental Rolodex of mid-noughties indie bands for reference points like Kubichek or Kill Kenada. Hitting top gear early and staying there for the duration, Fast Blood are just the sort of thrilling blast of noisy energy that we find impossible to ignore.