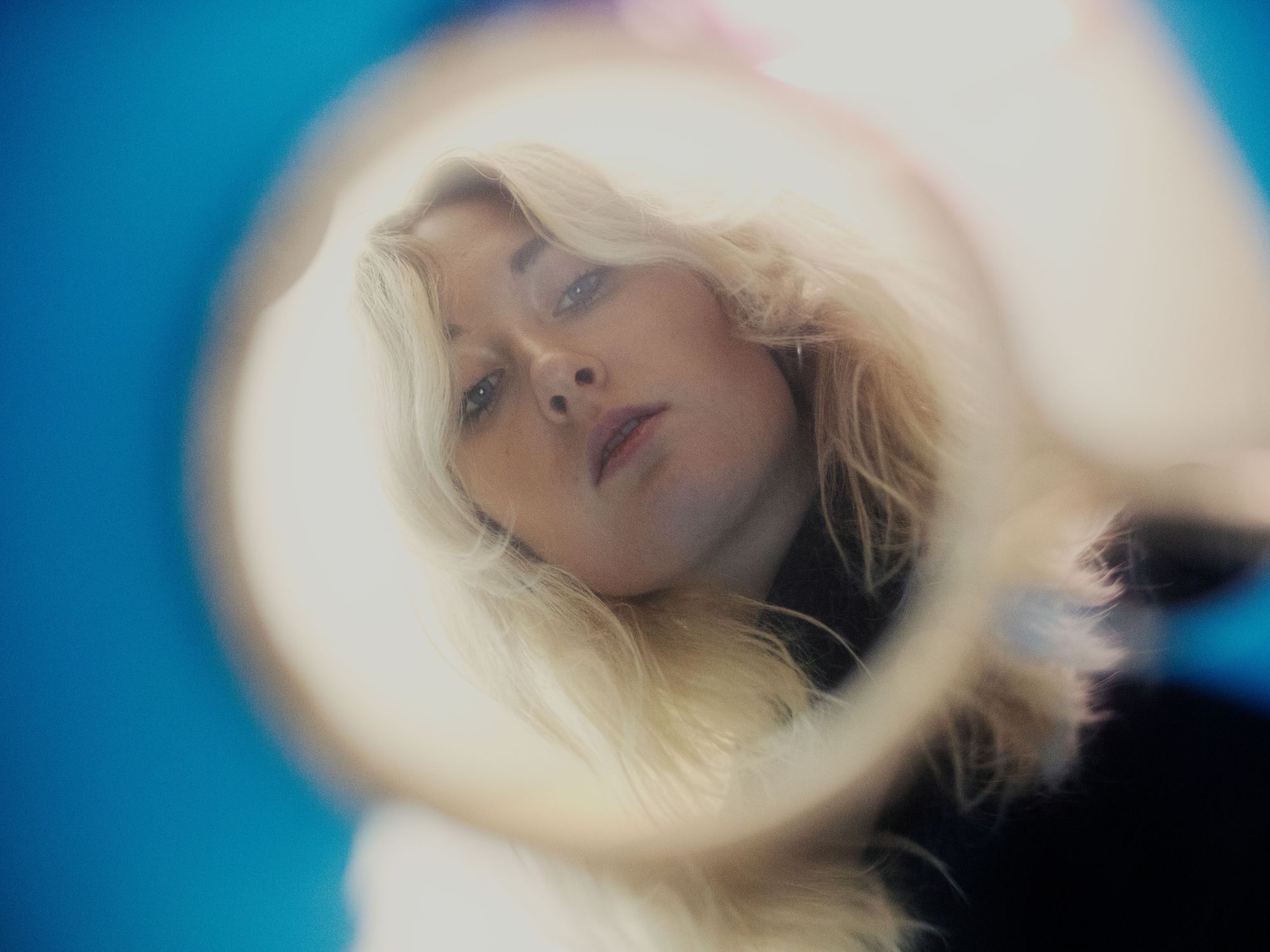 After December ends with looking back, January inevitably begins with looking forward. Back in 2015 we launched our inaugural annual new bands to look out for list, entitled 15 for 2015, without thinking for a second what might happen if we’re still doing this in 2099. That said for now we’re sticking with format and naming twenty of our favourite new discoveries for 2020. There’s no hard and fast rules for inclusion, however we’ve tended towards the new and new to us, in the hope of giving you something to fall in love with. So without further ado, please welcome our class of 2020.

HUSSY is the musical moniker of Sophie Nicole Ellison, originally from the North East and now based out of South East London. Having largely existed up until now in Sophie’s bedroom, recent single YLMD, marked a giant leap forward as her first song to have spent longer in the studio than at home. This additional focus on production values, didn’t however cause any great shift in Sophie’s DIY approach, playing all the instruments and producing it herself, the whole thing acting as, “a love letter to self-empowerment and things going wrong”.

Although YLMD is one of only a handful of tracks that Sophie has shared with the world so far, it hasn’t stopped HUSSY making waves, having garnered acclaim from the likes of The Line Of Best Fit and Clash, and supporting Feels and Lala Lala among others. Set in stone release plans for 2020 are currently to be confirmed, with a handful of London dates, and the small matter of a trip to New York for the fantastic looking New Colossus Festival coming fast on the horizon, it’s already shaping up to be a fantastic year.

Emerging from the ever-prolific Brooklyn-scene, Margaux Bouchegnies, or just Margaux as it says on her records, emerged at the back-end of 2019 with the rather excellent, More Brilliant Is The Hand That Throws The Coin EP. Citing influences from Joni Mitchell to David Byrne, and playing instruments from mellotron to handbells, it was an intriguing collection that marked Margaux out as something of alt-folk wunderkind.

Across its four tracks, More Brilliant Is The Hand That Throws The Coin, took in an array of musical ideas, from the dreamy pop of Hot Faced to the intricate Mothers-like angularity of Faced With Fire. An artist channelling all the gorgeous intimacy of bedroom-pop with a vast kaleidoscopic sense of ambition, Margaux’s first fertile musical steps hint at a very bright future.

The commuter towns of Surrey might not be the most obvious place to go looking for the sparkling future of indie-rock, yet in the shape of Laulia you might just find what you’re looking for. With just a handful of singles to get your teeth into so far, the Rose Coloured Records-signed quartet are only just getting started and are already making a big impression.

The two halves of their recent double-A single, 13/7 and Outcast Kids, show two sides to Laulia’s musical personality, and both of them are equally intriguing. The more instantaneously rewarding of the two, 13/7, portrays a tale of learning when to let go of a failing relationship, through the medium of grungy-guitars, yelped vocals and driving rhythms, like the middle ground of early Radiohead and Garbage. Outcast Kids possesses a more subtle charm, with vocalist Lauren Holmes coming to the fore with her rich vocal tones, as textural post-rock influenced guitars and the steady pulses of drums create a swirl of sound around her. While we’re waiting for confirmation of more new music or live dates, we’re willing to bet that whatever Laulia do in 2020 is going to be well worth your time.

One of the few bands who’ve already thrown some new music out into the world in 2020, Bristol-based trio, Dogeyed, have wasted no time in making their mark on the year ahead. That single, Waves, follows hot on the heels of the band’s Specialist Subject-released debut EP, Throw The Bones, which arrived back in May to a raft of praise from the likes of Gold Flake Paint and Too Many Blogs.

Waves marks a distinct change of style from Throw The Bones; while that EP was intriguing it was a distinctly lo-fi offering at odds with the polished tones of Waves. Here Harriet Elder’s vocal is allowed to rise above the music and soar, cutting through the dense, bassy fog, like a beacon of clarity. It’s a theme matched in the lyrics that seem to search for freedom, while constantly being pulled back by the past, “drowned my thoughts, won’t you stay gone, drowned my thoughts, when you returned to me”. The track arrives just in time for Dogeyed’s biggest shows to date supporting the equally canine sounding Slaughter Beach Dog; with headline shows and new music planned for throughout the year keep your (dog)eyes on this lot. 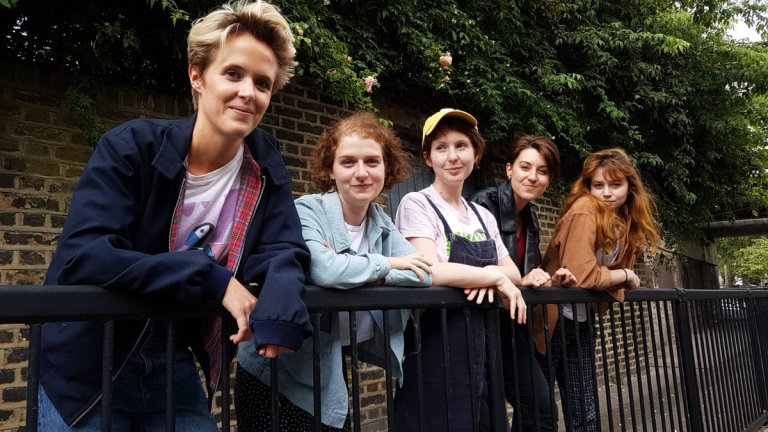 Originally formed in a King’s Cross pub back in 2017, indie-pop quintet Painter have taken their time to get everything right, and that care is already showing in their music. The band released the two track of their double-A side debut single back in September, and have been working on new material, which we’re expecting to be treated to across 2020.

Painter, who consist of members of the likes of Finnish Flag, Cheerbleederz and Matagot, have a sound that fuses swirling guitar licks with stunning classic-pop vocal harmonies, marking them out as natural contemporaries to the likes of Peaness or Penelope Isles. Recording with Richard Mandell from Happy Accidents, even on just two tracks there’s enough excitement to suggest Painter could be one the DIY-scene’s break-out bands.

Bug Bites is the solo project of Daniela Hernandez, a name you might recognise from her role as the guitarist in excellent indie-poppers Rose Ette. Daniela only pulled a live band together back in July of 2019, yet having already supported the likes of Dressy Bessy, Bleached and The Paranoyds, is already making quite the impact.

Recorded material to date consists of a lone single, Oh Well and its fuzzy flip-side, The Strokes-like, See You Alone. On that evidence Bug Bites’ sound is a world of beautiful contrasts, as bright, reverby melodies are punctuated by a driving bassy-pulse that hints at a darker-edge lurking beneath the sweet exterior. Oh Well, enters on a swaying, Clap Your Hand Say Yeah-like guitar line, before Daniela’s vocal enter, a perfect amalgam of sweet and more than a little bit sad. Daniela has suggested her lyrics, “examine social expectations, loneliness, and life’s forgotten in between moments”, and you can hear all that gentle questioning of the world around her across both tracks. While plans for 2020 are currently undisclosed, we’re excited to see where Bug Bites’ music is going to take us next.

While most of the picks on our list are bands that we think are going to be exciting rather than necessarily commercially successful, Porridge Radio might just have the best chance of combining the two. With bloggers and radio stations falling over themselves to throw praise in their direction, the Brighton-based quartet who have recently signed to Secretly Canadian, are heading to be one of the must-see acts at SXSW and hinting at a debut studio-album which we’re hopeful will see the light of day this year.

All that acclaim is thankfully not unwarranted, as Porridge Radio seem to be a band getting better with every single release. Their potent fusion of dreamy repetitive softness, and scratchy noise gave us two of the best tracks of 2019, the gorgeous art-pop of Give/Take and the arresting Velvet Underground-like squall of Lilac. When it comes to Porridge Radio, it might just be a case of do believe the hype, this lot are going to soar.