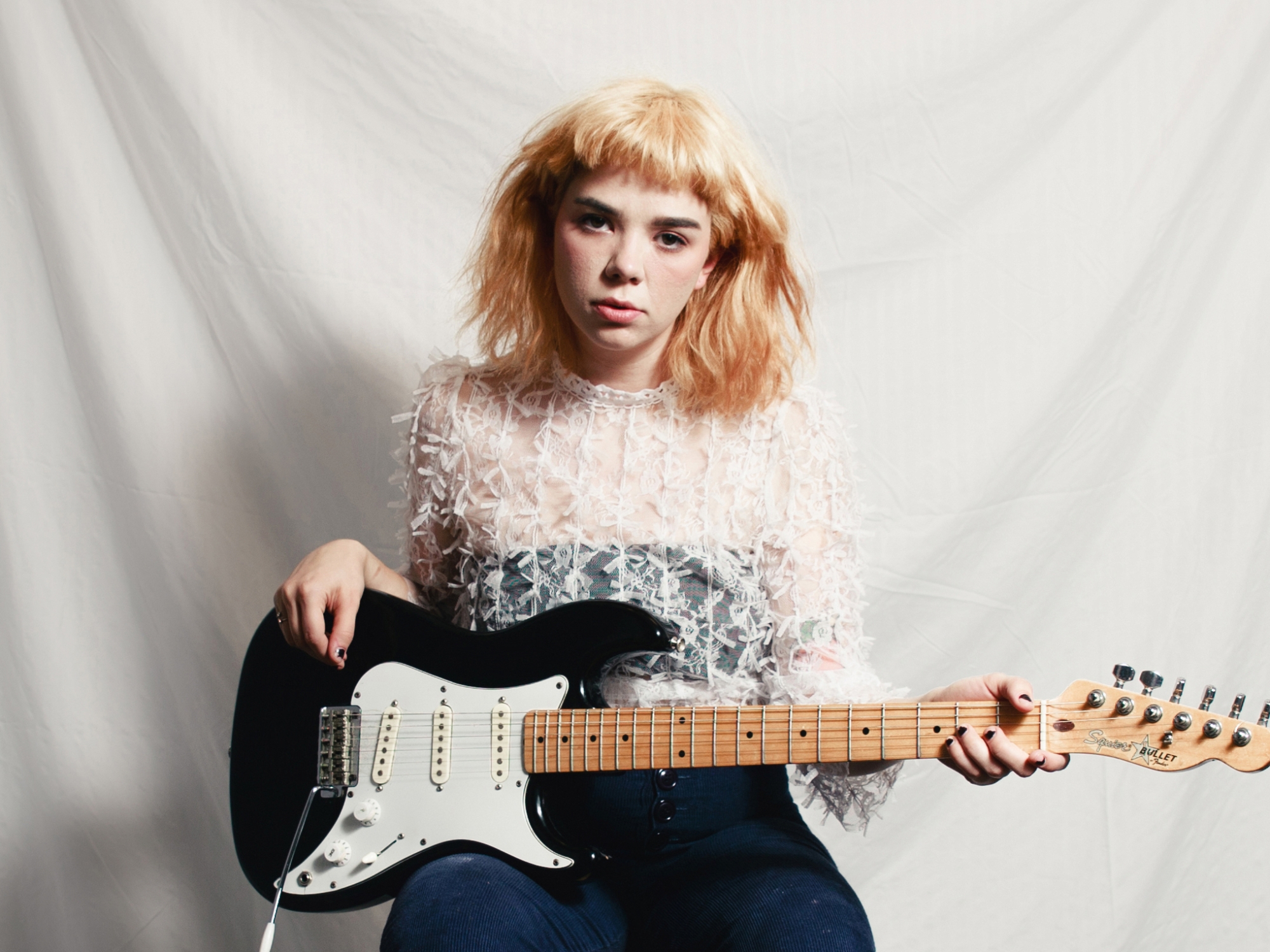 5. The Nova One Of Your Dreams

Nova One is the musical project of Providence-based songwriter, Roz Raskin, who came to the attention of many with her well-received EP, secret princess. This week they’ve returned with a brand new track, violet dreams, the first offering to be lifted from the upcoming debut album, lovable, out later in the Spring on Community Records.

Described by Roz as, “an ode to the processes and trials of life that make us human”, lovable is an examination of, “queerness, femininity, and gender”, delivered as a deliciously dreamy alt-pop soundtrack. Serving as the record’s introduction to the world, violet dreams, is an unctuous slice of hazy, slow moving wonder. The guitars are bathed in reverb, every strum an echoing pulse of warmth, against the steady tumble of drums and Roz’s easy, enticing vocal. While clocking in only a touch over three minutes, violet dreams is a song to get lost in, to let wash over you and engulf your weary soul in its soothing delights. On this evidence lovable is going to be an album that more than lives up to its name.

Lovable is out April 24th via Community Records. Click HERE for more information on Nova One.

Last Friday marked Welsh Music Day, and who better to mark it than Carmarthen’s own Welsh Music Prize winning wonders, Adwaith. The post-punk trio took time out from working on their second album and a hectic touring schedule (including an upcoming date in Russia of all places!), to release their re-interpretation of the Welsh folk-song, Ar Lan y Môr, translating as On The Waterfront.

If the lyrics are traditional folk, the music couldn’t be much further removed, building around surfy-guitars and a delightfully fuzzy bass line, which, without accusing anyone of plagiarism, could have been lifted straight from Belle And Sebastian’s brilliantly trippy number, Legal Man. Like all the best cover versions, Adwaith take something they love and make it entirely their own; proudly Welsh, defiantly creative, and, as they always are, utterly wonderful.

Lan y Môr is out now via Libertino Records. Click HERE for more information on Adwaith.

Adwaith play our gig night with Scared To Dance at The Victoria on April 4th – Click HERE for more information.

Having started performing, with the accompaniment of a responsible adult, at the age of just twelve, Emily Keener is something a youthful musical veteran. Nine years on from when she started earning a living from music, the Cleveland indie-folk singer is set to return this Spring with her latest album, I Do Not Have to Be Good, her first since 2017’s acclaimed Breakfast.

This week ahead of that release, Emily has shared her latest single, Do You Love Me Lately. It’s a track that instantly shows the subtle shift in Emily’s music, with the pensive folk sounds coming forward and the Americana roots, while still present, sliding into the background. To the fore throughout is Emily’s subtly jaw-dropping vocal, there’s a touch of Julia Jacklin to the vibrato and fabulous inflections. Discussing the track, Emily has suggested it was inspired by staring into space day dreaming of what it would be like to date a woman, and how Emily’s own self doubts started to creep into view. As she explains, “I found myself painting this woman as an unavailable dream-girl way out of my league. I saw the relationship as one that would shine a light on my deepest insecurities”. Instantly this feels like an exciting new setting for Emily’s music, a progression that keeps everything that was already in place and morphs it into something more intriguing than ever before.

I Do Not Have to Be Good is out in May. Click HERE for more information on Emily Keener.

2. Join Your Personal Trainer In The Backyard

Personal Trainer are a queer garage-pop trio based out of Brooklyn and Philadelphia. The members originally met while studying at Vassar College, apparently bonding over their shared love of, “academia and Alanis”. Originally formed in the summer of 2018, they’ve been honing their sound ever since and emerged this week with their superb debut single, Backyard.

Discussing the track, Personal Trainer have suggested Backyard is a song about missed opportunities, of growing up queer and afraid to express yourself, a track, “for anyone who cares to reimagine what their childhood may have looked like had they been unafraid to love honestly”. Throughout, Personal Trainer pitch us back to images of teenage parties, to moments of kindness and insecurity, to wanting to kiss someone and stopping yourself, “you’ve got long hair just like mine, you’ve got lips and so do I”. Musically, the track is punctuated with a steady heartbeat like bass-drum, you can almost feel it bursting out of a collective chest, as it’s adorned with lush harmonies, driving bass and delightfully twiddly guitar lines. Yes, this is as early in Personal Trainer’s musical journey as we could possibly join them, they couldn’t sound more ready though, a single track that makes a compelling case for declaring Personal Trainer your new favourite band.

Backyard is out now via House Of Feelings. Click HERE for more information on Personal Trainer.

While Honey Cutt might be a new name to you, there’s a change you’ve heard the music of songwriter Kaley Honeycutt under her previously almost un-Googleable moniker BABY! While Kaley has been making music for a number of years, it was only during a period at University, where music increasingly took over from studying, that she made the decision to focus entirely on music. After a well-received debut EP, Kaley is currently readying the debut Honey Cutt album, and has this week shared the title track from it, Coasting.

Much of the influence on Coasting was shaped by Kaley’s experiences growing up on the poverty line in Florida; her family relocated there to care for her dying grandmother, inheriting her medical bills in the process. Much of her debut record is about the contrast between her upbringing and the lives of the college students who became her friends, and fans, once she relocated to Boston to study. The title track in particular is a study of trying to hold things together when the going gets tough, “never thought that it would come to this, Mom’s wondering where our next meal is, I’m feeling helpless”. Ultimately the track seems to conclude that there’s little option beyond carrying on, keep on coasting, keep on hoping, “I’m alright, I’m alright, coasting, I’ll survive, I’ll survive”. While the message here is of resilience in the face of everything the unjust world throws your way, the musical style is anything but heavy. There’s a lightness here, both in Kaley’s breezy vocals, the rapid fire jangling guitars and the easy drum clatter, the whole thing nodding to the likes of Hazel English or Alvvays. Honey Cutt’s music arrives with that juxtaposition that’s at the heart of so much of our favourite music, the darkness of the lyrics cast against the breezy musicality; life isn’t always great, that’s no reason why it shouldn’t sound this beautiful.

Coasting is out March 13th via Kanine Records. Click HERE for more information on Honey Cutt.