2019 was something of a breakout year for the fuzzy-pop stylings of San Francisco’s Seablite. The quartet released their debut album, Grass Stains and Novocaine, to much acclaim scoring some great reviews and a host of nods in the end of year lists. Moving quickly to capitalise on the much deserved buzz, the band are set to release High-Rise Mannequins, a brand new 10″ EP, later this month, and today we’re sharing a new track from it, Skipping Stones. 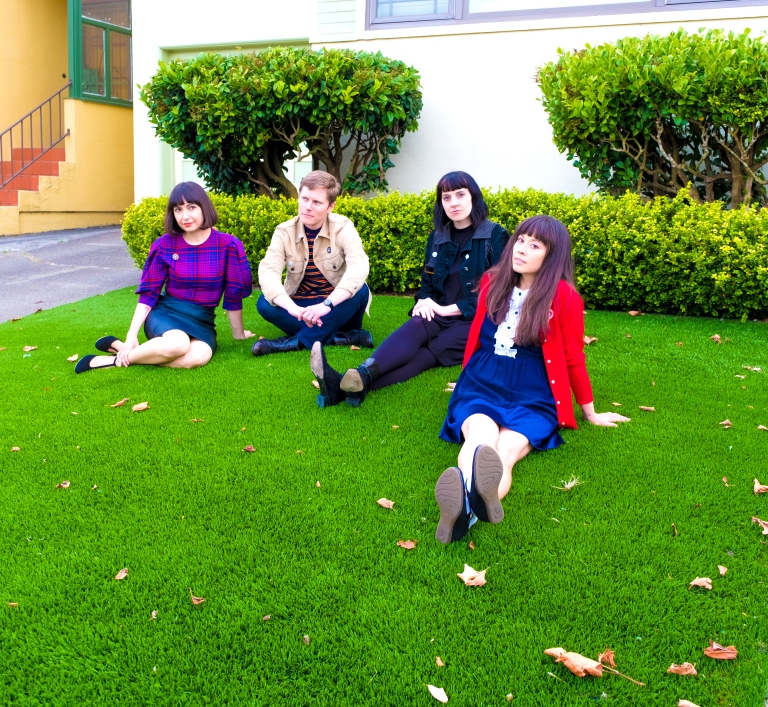 Recorded with Alicia Vanden Heuvel from the much loved, The Aislers Set, the track has a brilliantly energetic feel to it. Lightly distorted vocals and the loose clatter of drums, creating a delightfully intense musical world, one where words are almost lost, yet that sense of emotion and connection is undeniable.

This feels like a band capturing that moment of purest excitement, channelling all their emotions and joy into the track and allowing it to shine for all to hear. Seablite are a band demanding to be heard, and quickly establishing themselves at the forefront of a long line of Bay Area indie-greats.