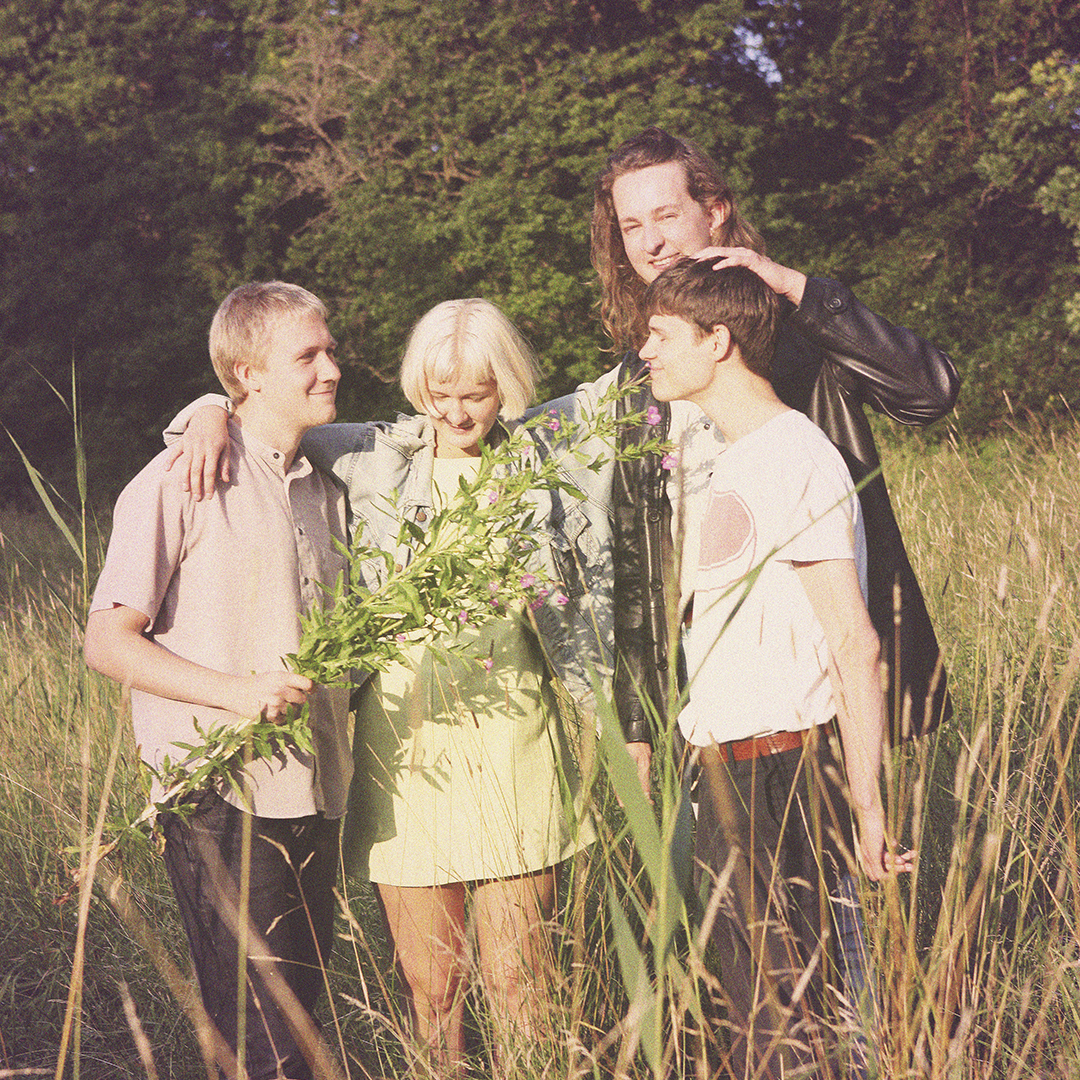 A Sundowner is a person, “who feels increased melancholy during twilight hours”, a person inflicted by a gentle gloom as the sun drifts away and the dark of night creeps over the horizon. Sundowner is also the title of Kevin Morby’s new album, the follow up to last year’s well-received Oh My God, due out next month via Dead Oceans. The record probably arrives slightly ahead of schedule, with what should have been a busy touring schedule, Kevin and producer Brad Cook found time to work from their respective homes to put the finishing touches to a record they initially recorded back at the start of 2019. Ahead of that release this week Kevin has shared the first single from the record, Campfire.

Much of Sundowner was inspired by a major life change for Kevin, as he relocated from Los Angeles, to his native Kansas. Inspired by the self-imposed isolation, a blossoming new relationship and the calm that contrasted his busy touring lifestyle, Kevin set out to put, “the Middle American twilight – its beauty profound, though not always immediate –  into sound”. Campfire is a beautiful introduction, a song literally of two halves with a strange static interlude in the middle, Campfire is painted with layers of languid, twilight tinged guitars, steady sashaying drums and that perfect croak of a vocal, the omnipresent star of every release Kevin Morby puts his musical stamp upon. As the track fades out on a woozy woodwind and twinkling piano, you can almost feel the sun-dipping, it might make the Sundowners feel melancholy, to our ears it’s just the start of the next beautiful chapter in this musical story.

Sundowner is out October 16th via Dead Oceans. Click HERE for more information on Kevin Morby.

4. Sun June’s New Track Has Got Us Singing

It was back in 2018 that Sun June first came to the attention of ourselves, and many others, with the release of their sparkling debut album, Years. Since then we’ve just had a couple of singles to sate our appetite for the Austin band’s music. Thankfully that’s all set to change with a brand new album out next year, a joint release between their new home, Run For Cover Records and their old one, Keeled Scales. While details of that record are yet to be confirmed, this week they have provided the first morsel of the record, in the shape of new single, Singing.

As vocalist Laura Colwell explains, Singing is the band’s, “groundhog day song”, a couple stuck repeating the same argument, going nowhere, and wishing they could let it slide and see the world through the other one’s eyes. Musically, it feels like a slight departure from the alt-country twang of Years, here they seem to shift into lusher, dreamier territory, as driving drums are paired with glistening guitar lines, combined with Laura’s frankly jaw-dropping vocal delivery, we’re put in mind of Fleetwood Mac or Jess Williamson’s fabulous Sorceress record from earlier this year. This feels like Sun June subtly shifting gears, wherever they’re headed, it’s going to be well worth being along for the ride.

Sun June’s new album is due out early in 2021 via Keeled Scales / Run For Cover Records. Click HERE for more information on Sun June.

3. If Anything There Are Two Sides To Adrianne Lenker

The world can seem to move very rapidly sometimes, and we can certainly imagine that’s how it’s felt for the last few years for Adrianne Lenker. Her band, Big Thief, have gone from relative unknowns to global superstars, and should have been in the midst of a huge world tour. When that came to an abrupt halt, Adrianne wasted no time in planning something, she decamped to a one-room apartment in the mountains of Western Massachusetts with engineer Philip Weinrobe, gathered whatever recording equipment she could find, including but not limited to a Sony Walkman, and recorded not one but two records. Those two albums, songs and instrumentals, which unsurprisingly live up to their names, will see the light of day in October, and this week Adrianne has shared the first track from it, anything.

Very much a song, rather than an instrumental which are a cut and paste series of improvised acoustic guitar pieces that Adrianne and Philip would close each day with, anything is an intimate glance into the record’s unique musical world. As with so much of Adrianne’s work, the words are stunning, they arrive like a series of snapshots, memories from “joyous rays” of sun, to dog bites that turn into hospital trips, and the heartbeat of a lover rattling around your ears. Within the images, a certain narrative emerges, anything at its core is a love song, “I don’t wanna be the owner of your fantasy, I just wanna be a part of your family”. Adrianne’s words are set to a beautiful piece of finger-picked guitars, accompanied by distant waves of strings, and the most subtle hint of percussion, the whole thing is a perfect backdrop to Adrianne’s vocal, every bit as enchantingly wonderful as ever. In the gaps of Big Thief’s path to stardom, Adrianne Lenker’s solo career somehow seems to flourish, whether the two can continue to thrive together remains to be seen, on this evidence it seems to be working.

songs and instrumentals are both out October 23rd via 4AD. Click HERE for more information on Adrianne Lenker.

2. Soot Sprite Get Struck By The Summertime Blues

2019 was a break-out year for Exter sadgaze-trio Soot Sprite. The band signed to Specialist Subject, toured relentlessly and released their acclaimed debut EP, Sharp Tongue, our favourite EP of the year. This year should have been one of touring, festivals and building on their momentum, instead, for Soot Sprite it’s one of live-streams, broken bones and raging at the state of the world. Thankfully, you can’t keep a good creative spirit down, and this week the band have shared a brand new single, It’s Summer and I Don’t Feel Like Smiling.

Discussing the track, songwriter Ellie Cook explains it is about, “a really bad bout of depression I had last summer, and it was like all the usual alienation that comes with depression doubled with the juxtaposition of everyone seemingly feeling more joyful than usual because of summertime”. The song has however taken on a more universal relevance this year, what Ellie refers to as, “more of a collective struggle and an almost numbness to the endless stream of awful events”. Musically, the track picks up where Sharp Tongue left off, with pounding drum rhythms, accompanied by jagged guitar lines and Ellie’s soaring vocal, yet courtesy of the distant chiming of brass there’s plenty of progression here too. To the fore throughout are Ellie’s beautiful lyrics, perfectly dissecting struggles with self-doubt and depression, “pastel shades in the early heat of May but all I see is grey. Monochrome scenes feels like it’s all through a screen but who am I to say what’s real”. While we’re not sure if this is a stand-alone single or the first taste of something bigger to come, this is Soot Sprite hammering home their potential: where this band is concerned the sky is the only limit.

It’s Summer and I Don’t Feel Like Smiling is out now via Specialist Subject. Click HERE for more information on Soot Sprite.

Swedish label Rama Lama Records have been releasing many of Sweden’s finest bands for the last few years, including the likes of Loaver, Melby and Steve Buscemi’s Dreamy Eyes. This week the label have gone international, signing their first non-Swedish act, Copenhagen indie-pop quartet, Kindsight, and releasing their wonderful debut single, Who Are You.

While the finished product is rather wonderful, Kindsight weren’t initially enamoured with Who Are You, as they recall, it was, “originally dismissed by the band as a stupid disco song“, before it shifted into its current setting as a lush piece of indie-pop. “A summer song written in January,” the track bounds by on bouncing rhythms, bright slashes of jangling guitars, and vocalist Nina Hyldgaard Rasmussen’s vocal reminiscent of Harriet Wheeler or Elizabeth Fraser. Like so many of the greatest indie-pop songs this seems to combine a sunny disposition with a lurking wistful flourish, a lonely twirl on a dancefloor for an eternal wallflower, if you know that feeling, Kindsight might just be your new favourite band.

Who Are You is out now via Rama Lama Records. Click HERE for more information on Kindsight.