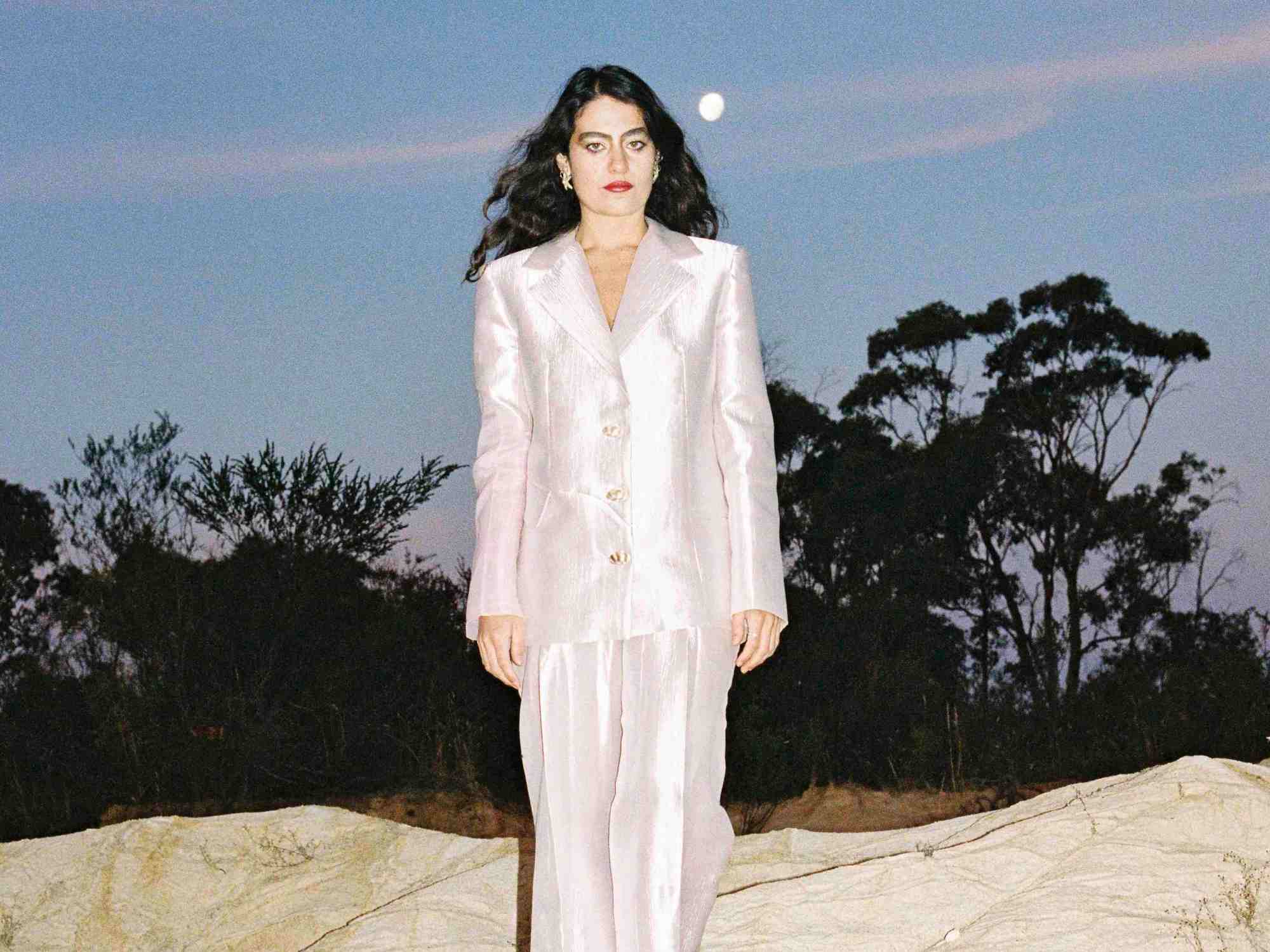 It was back in March that I last featured Maple Glider, the project of Melbourne-based songwriter, Tori Ziestch. That was around the release of her fabulous single, Good Thing, her first music for her new label, Partisan Records. Three months on, this week will see the release of Maple Glider’s debut album, To Enjoy Is The Only Thing.

It was actually on UK shores that much of To Enjoy Is The Only Thing, was written, when, following the dissolution of previous musical projects, Tori relocated to Brighton. The result was a bout of homesickness that induced a furiously productive period of writing, Tori later returning to Melbourne to work with producer Tom Lansek to shape those ideas into the fabulous record they would become. The album opens with As Tradition, a track resplendent with ringing piano chords and subtly soaring vocal melodies, like the middle ground of Sharon Van Etten and Aldous Harding. Throughout the record, we as listeners are treated to a series of snapshots of life in transition, part travel diary, part intimate portrait of self-discovery. Along with the aforementioned Good Thing, there are numerous highlights to this record, recent single Swimming has a distinctly wistful drifting quality, while Be Mean, It’s Kinder Than Crying adds a driving, muted guitar and double-tracked vocal, bringing to mind Lucy Dacus or fellow Australian, Julia Jacklin. While predicting anything in 2021 is a fool’s game, don’t be at all surprised if Maple Glider becomes one of this tumultuous year’s break-out stars.

FTR: For those who don’t know who is Maple Glider?

‘Maple Glider’ is me. And ‘me’ is Maple Glider. I’m a gemini but I’m also on the cusp so I’m kind of a taurus too which basically makes me 3 people so ‘Maple Glider’ is ‘me’ but it is also ‘I’. Fascinating stuff really. Maple Glider plays music that sometimes makes people cry at her shows which is a bit bitchy but also nice, then ‘me’ says awkward things to make people feel comfortable or uncomfortable, still TBC, and ‘I’ orders hot chips after said performance because ‘I’ needs to “wind down” with some hot chippies (preferably in bed) which is also really lovely for ‘me’ and for ‘Maple Glider’ and is a real bonding experience between the three of us I can tell you.

I can remember that I had tiny tiny eyebrows. I was maybe 14 or 15, and I think I’d just started experimenting with using tweezers. I made an accident and then pretty much just went with it and nearly eliminated them from my face. I was in a band called The Koikids, and we played in a skate park I think? From memory Ash Grunwald played too. And also maybe some punk bros. Unfortunately my mum took photos. Baby eyebrows are immortalised.

I rode an electric scooter for the first time the other day through the city like a total speed demon and it was awesome. I then played a game of pool which required intense concentration and focus. Making music feels like those two things put together. The scooter was also a wonderful shade of purple. In conclusion, smooshing paint with your hands is a total vibe too.

FTR: What can people expect from the Maple Glider live show?

I’ll tell you secrets live that I’d never tell you online. You can expect an exceptional performance by the daggiest possible version of the person you’ve envisioned me to be in your head. My band is absolutely bloody brilliant. Gonna learn ‘Total Eclipse of the Heart’ cause the solar eclipse was totally steamy the other night.

FTR: What’s next for Maple Glider?

It’s hard to answer this question because right now I’m hungry and all I can think to say is ‘lunch’ but alas I’m also releasing my debut album ‘To Enjoy is the Only Thing’ on June 25th and I can imagine you’re a little more interested in that then what I’m gonna eat?? Can you please confirm or deny. Thanks, Maple Glider xxxxxx

Karen Dalton – How Did The Feeling Feel To You

To Enjoy is the Only Thing is out June 25th via Partisan Records. For more information on Maple Glider visit https://mapleglider.com.