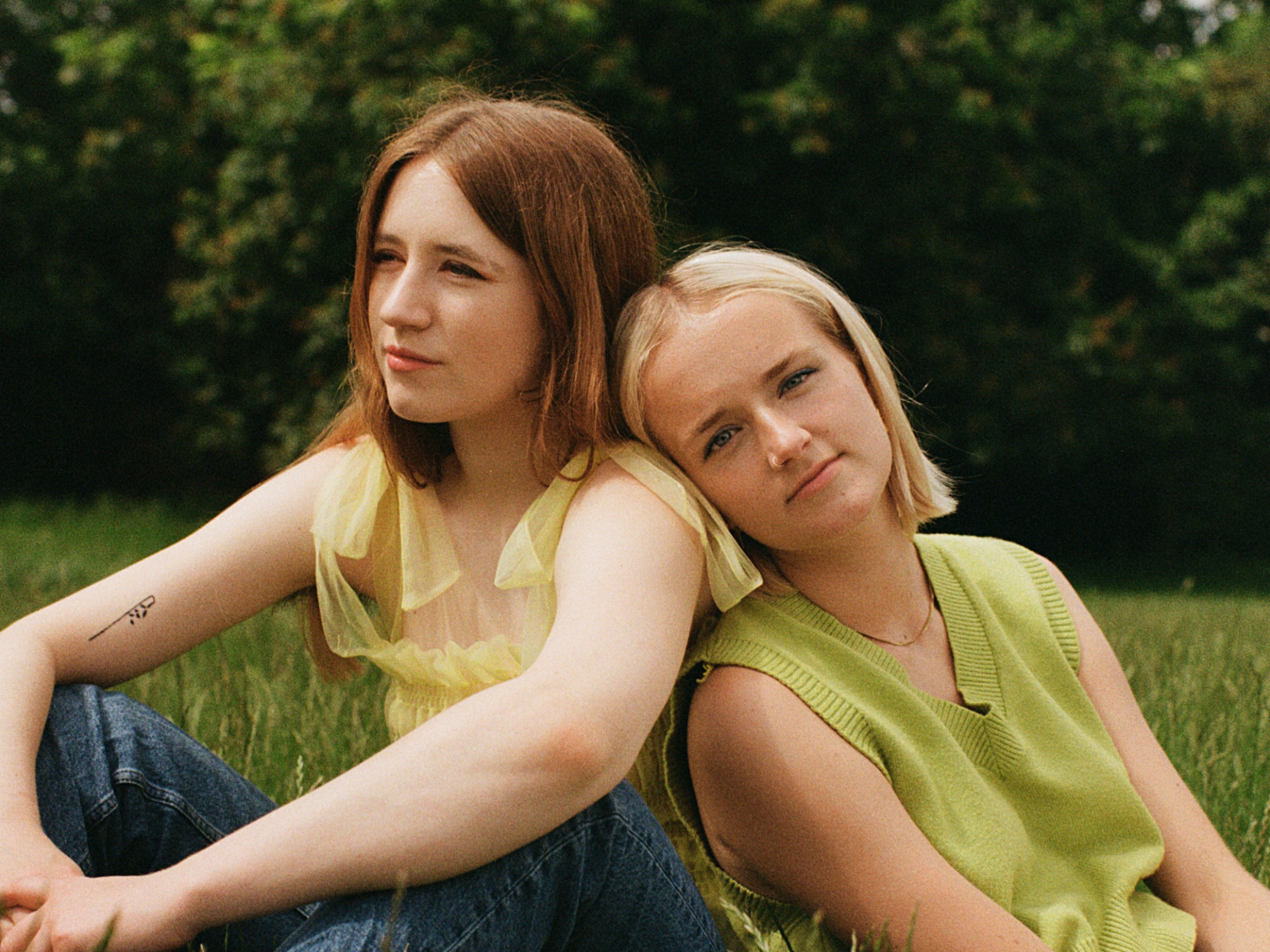 Based out of London, lilo are the duo of Christie Gardner and Helen Dixon, who met aged just eleven when they attended the same secondary school in Winchester. Drawing frequent comparisons to the likes of Laura Marling and First Aid Kit, the duo create a modern take on the indie-folk sound, driven by soaring vocal harmonies and acoustic arrangements. Although sharing their music since 2017, last week saw the duo team up with Practise Music for the release of their debut EP, Sleep Country.

Sleep Country opens fittingly with Change. One of the band’s first singles it is a song the band suggest is about, “pushing your boundaries just to find that you’ve pushed them too far”. Musically, it’s a strong opening statement as initially sparse guitars and intimate harmonies swell via atmospheric percussion and ear-catching entwined vocals, reminiscent of Courtney Marie Andrews or Erin Rae. From there the EP slides in Beach (Real Love) an exploration of the manifold ways that love enters our lives and Scarecrow, a musing on, “feeling very protective of those around you in the face of a very unjust world“. Perhaps the standout moment is the closing track Somekind, a song of both anger and acceptance that seems to constantly push and pull, from gentle moments through to fuzzy crescendos, with sections where they capture the country-tinged emotions of Madi Diaz or Lucy Dacus. Ultimately lilo’s music is about connection, about the bond the two musician’s feel for each other, to their friends and loved ones and ultimately to the world around them. Without being overtly political this is a record that asks us all to do a little better, be kinder to each other and do our bit to make the world a better place. Sure it’s not rocket science, but in lilo’s way of looking at the world with optimism and a sense of hopefulness, there’s something that is very hard not to admire.

FTR: For those who don’t know, who are lilo?

C- lilo is a folk-rock-pop duo made up of us (Christie and Helen). We started the band in school and have grown up making music together. Along the way, we’ve been lucky enough to meet some really talented friends who have helped to make lilo what it is

H – Our first ever paid gig was probably about 10 years ago in a pub near where we grew up. I can’t remember what we played apart from a cover of John Martyn’s ‘Over the Hill’ and I’m pretty sure someone came up to us afterwards to tell us that we weren’t old enough to know about ‘that sweet cocaine’

C – It really set a precedent for us playing to audiences comprised of 4 – 10 men from Fareham. We were very excited that we were on a poster but none of our friends came

C – Music makes me really feel something, and sometimes writing songs is way easier than actually confronting what you’ve got going on in your life

H – Well I’m not very good at drawing. But also I don’t remember it ever being a choice; ever since five year old Helen started learning the recorder, music has always been what I’ve done

FTR: What can people except from the lilo live show?

H – Our set can take a few different forms. We play some shows just the two of us, and they tend to be very chilled out. And then we play other shows with a full band of six people which is quite a different experience; there are huge group vocals and big stormy guitars

C – Some nice, intimate harmonies, a lot of nervous tuning, quite a few big atmospheric moments and some Stewart Lee -esque intellectual lampooning

FTR: What’s next for lilo?

Martika, Love… Thy Will Be Done

Sleep Country is out now via Practise Music. For more information on lilo visit https://liloband.bandcamp.com/.