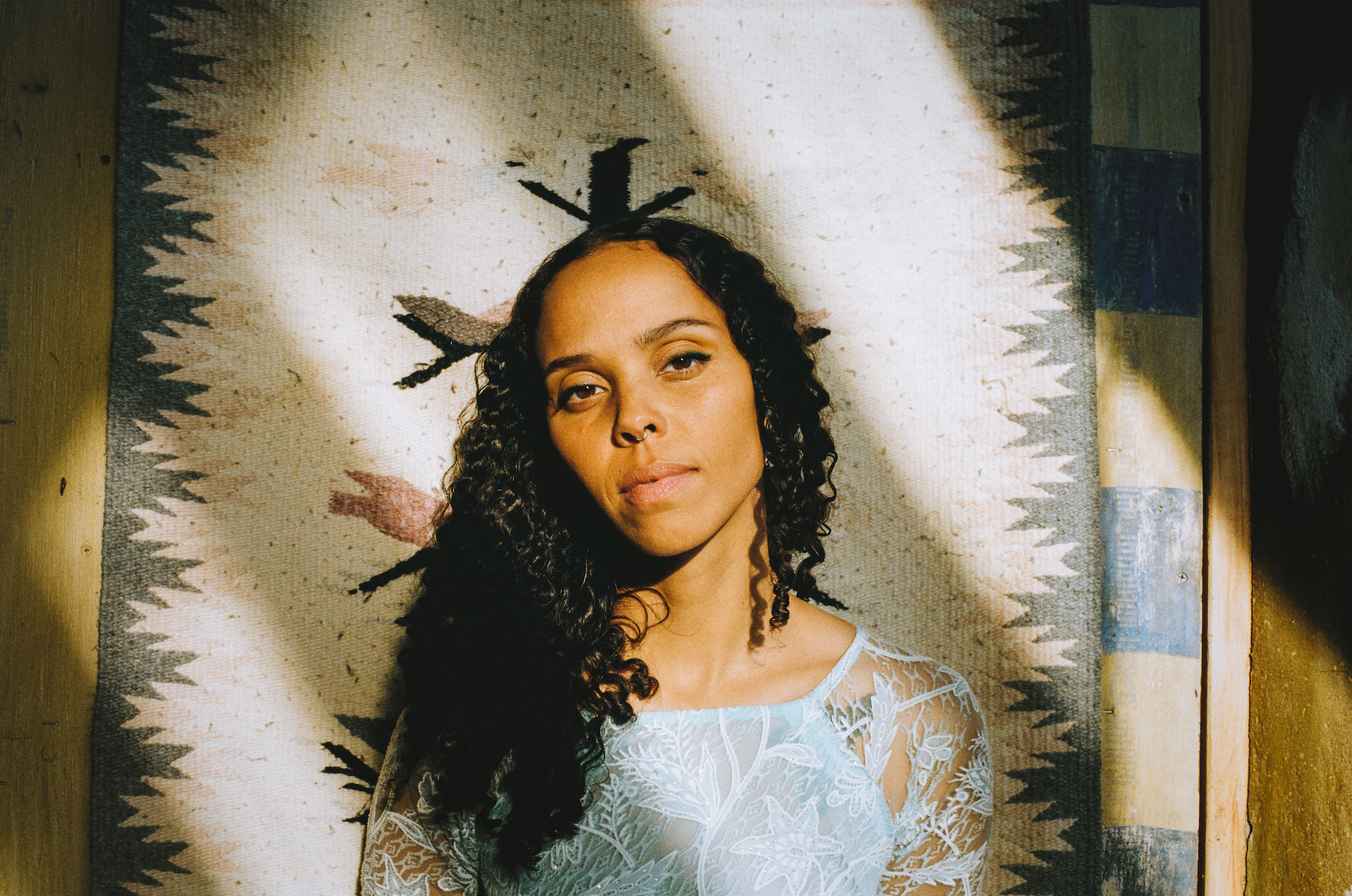 5. Ciel’s Fine New Single Is Everything

A trio based out of Brighton, Ciel are something of a regular feature on this site, as well as performing at our monthly gig night on a few occasions. After catching the ear of many tastemakers with their EP, Movement back in 2020, last year saw the band consolidate that momentum with a pair of excellent singles. With plans for a new EP set to see the light of day later this year, this week the band shared the title track, and first offering from it, Fine Everything.

Following hot on the heels of being longlisted for Glastonbury’s Emerging Talent Competition, Fine Everything marks something of a musical departure for Ciel. While we’re used to the band dabbling in melody-driven dream-pop, here they take on a darker hue, the driving bass leaning into almost stoner-rock territory, while the jagged guitars wouldn’t sound out of place on a record by Hole or Garbage. Discussing the track, frontwoman Michelle Hindriks explains it is about the difficulties of making life-changing decisions when you’re not quite ready to grow up, “I was thinking of how so many people lost touch with their inner gut feeling and instincts, and how all the possibilities in life can feel so overwhelming sometimes”. Listening to Fine Everything, there’s a new intensity to Ciel’s music, a sense of urgency befitting a band who are rapidly making a mark, where Ciel are concerned everything is far more than just fine.

Fine Everything EP is out in September. For more information on Ciel visit https://cielcielciel.bandcamp.com/.

4. Gordon McIntyre Leaves His Tiny Mark On The Landscape

As the singer and songwriter with legendary Edinburgh indie-pop band Ballboy, Gordon McIntyre has been sharing his music with the world since all the way back in 1997. With a famous fan, in the shape of Radio-legend John Peel who featured them several times in his Festive 50 as well as inviting them on for multiple sessions, Ballboy became something of a cult sensation. With Ballboy taking a temporary back seat, Gordon has this week announced details of his debut solo album, Even With The Support Of Others, as well as sharing the first single from it, Tiny Marks.

Even With The Support Of Others, was born out of a commission from Elizabeth Newman, artistic director of the Pitlochry Festival Theatre, as part of their lockdown project Shades Of Tay, with Gordon recalling, “she asked for ‘as many songs as you see fit’ and so I sent her four and then continued to build the album around them”. Discussing the inspiration behind Tiny Marks, Gordon has suggested it was written, as with much of the album, “from the point of view of a city dweller trying to work out how the wilder natural landscape works“. The track plays out like a map of memories, “the tiny marks that are left inside us by people and things“, matched in the music as Gordon sings, “you only left a tiny mark, but it was made with something sharp, a little thorn that’s digging in, a diamond needle in the groove again”. Musically, the track might be a foray into solo territory, yet touching on the album’s title, it feels very collaborative, Gordon’s unmistakable vocal adorned with piano, strings and percussion, like a rural Scottish folk song re-imagined for an orchestral setting. Ultimately as Gordon explains the Tiny Marks become a part of us all, “they might hurt, but we hold them very dear to us and wouldn’t want to let them go“, after twenty fives years with Gordon’s magical music, I certainly wouldn’t want to let those memories go either.

Even With The Support Of Others is out July 15th via Lost Map Records. For more information on Gordon McIntyre visit https://ballboymusic.com/

One of my 22 for 2022, Flamango Bay are a Bay Area-based trio who formed when they were still in High School. The band cite an array of influences from The Great Gatsby through to Vampire Weekend and from Angel Olsen to Marvel’s Wandavision. This May the band will share their debut EP, The Fool, released via 0800-MOSHI-MOSHI, the label’s new digital-only new talent imprint. Ahead of the release this week the band shared their latest single, Lucky Star.

Flamango Bay speak of Lucky Star as a song of delusion and fantasy, of, “wanting something to go well so bad that you’d do anything to remain optimistic“. Digging into the idea of luck and superstition the track is strewn with classically lucky symbolism, from Four Leaf Clovers to Ladybirds, and they even wrote it in surely the luckiest time-signature, 7/4 timing. The track is full of complex contrasts between optimism and fantasy, as songwriter Ikaika Gunderson explains, “I thought it would be funny if I wrote the happiest song I possibly could, but it was actually really sad.” The unusual feel of the time signature gives the track a certain lurching quality, reminiscent of the likes of Weaves or Spud Cannon, it makes you want to dance, even if your brain and feet aren’t quite sure how. Flamango Bay make music that feels deliciously off-kilter, musical complexity dressed up in poppy clothing, an array of familiar sound re-imagined into something uniquely their own, completely infectious and really rather thrilling.

The Fool is out May 13th via 0800-MOSHI-MOSHI. For more information on Flamango Bay visit https://ireelocovore.wixsite.com/flamango-bay.

Last year was something of a break-out year for Tucson, Arizona songwriter Karima Walker, with the release of her sparkling album, Waking The Dreaming Body. Co-released between Keeled Scales and Orindal Records, the record drew widespread acclaim and on a personal level topped my album of the year list. With a UK tour kicking off next month, alongside Advance Base which features Orindal label head Owen Ashworth, this week saw Karima announce the upcoming release of a new EP, Demos. A collection of sketches and outtakes from the Waking The Dreaming Body sessions, Demos is set for release on April 1st, and this week Karima shared the first track to be lifted from it, How It Falls Apart.

While the concept of a demo version can sometimes feel like seeing something uncooked, here it feels like watching Karima put the pieces together of a particularly fiendish puzzle as you second-guess where the sketches might end up in the stunning finished product that was Waking The Dreaming Body. Take How It Falls Apart, while it feels loosely familiar you certainly couldn’t tie it to a specific track on the final record. The track was inspired by memories of being a long-distance runner when Karima was in high school, as Karima recalls, she, “would go whole miles spelling this word, e-s-t-c-e-q-u-e…something about the rhythm of this word would just kinda fit with how my body was moving”. This jogging mantra became a way of, “mapping a landscape” and the looping pattern became the base rhythm of the song. From that physical place, Karima seems to almost ground herself, allowing her true thoughts to pour forth, as she questions everything she’s known up until this point, “everything comes from god’s own hand, a little sweeter than I can stand. Knew the story thirty years ago, conversation was a sinking stone, fraying edges of what we know”. There’s something disarmingly intimate about this recording as if we’re being invited to peek behind the curtain, see the whirring cogs, the inflating lungs, the fizzing synapses that make up a perfectly complex thought process, it’s unusual and beautiful all at once, from this most special of talents you’ll quickly learn to expect nothing less.

Based out of Taos in New Mexico, Diatom Deli is the musical project of Delisa Paloma-Sisk. Although born in raised in Clarksville, Tennessee, less than an hour away from Nashville, Delisa’s musical influences stem as much from her mother’s birthplace in Puerto Rico as they do from Music City. It was while visiting her grandmother’s home that Delisa would hear the strains of Classical Guitar emanating from the porches of the surrounding houses that would come to influence her own playing when she first picked up a guitar. With two well-received albums already released under the Diatom Deli name, this week Delisa has detailed her latest project Time~Lapse Nature. Recorded over four years between 2016 and 2019, the record will see the light of day in May this year via RVNG Intl, and this week she shared the second track to be lifted from it, Disarray.

Discussing the inspiration behind Disarray, Delisa explains that it was inspired by break-ups, only not romantic one, “it’s not talked about often but breaking up with a close friend can sometimes feel even worse than leaving a romantic relationship”. The song touches on how friendships change and shift, and the process of learning to, “find clarity with the decision I made and forever honour the contributions this person gave to my world and at the same time, honour the feeling of missing them as well”. Musically, the track is sublime, the omnipresent guitar at first feels almost spectral, it seems to move like a butterfly, initially it feels erratic, almost random, yet the longer your spend with it the clearer the patterns become, the more conscious the looped phrases feel. As other instruments seem to dance in and out of the background, atop it all is Delisa’s shimmering vocal, it has a certain searching quality as she sings, “tell me is there someway to skirt around this high tide? Or do I just let it cast me away?”. Ultimately the song is left almost open-ended, Delisa touching on the lack of finality that comes with a gradual dissolution rather than a clarity inducing full-stop, “maybe we could try, or maybe we won’t, I miss you so much”. If Disarray is an invite into Diatom Deli’s world, it’s an open one, a gentle request to stay as long as you like, to join the conversation or sit on the outskirts, a record that’s there whenever you need it, and if it’s all this good, then it’s one you might never want to leave.

Time~Lapse Nature is out May 13th via RVNG Intl. For more information on Diatom Deli visit https://diatomdeli.bandcamp.com/.