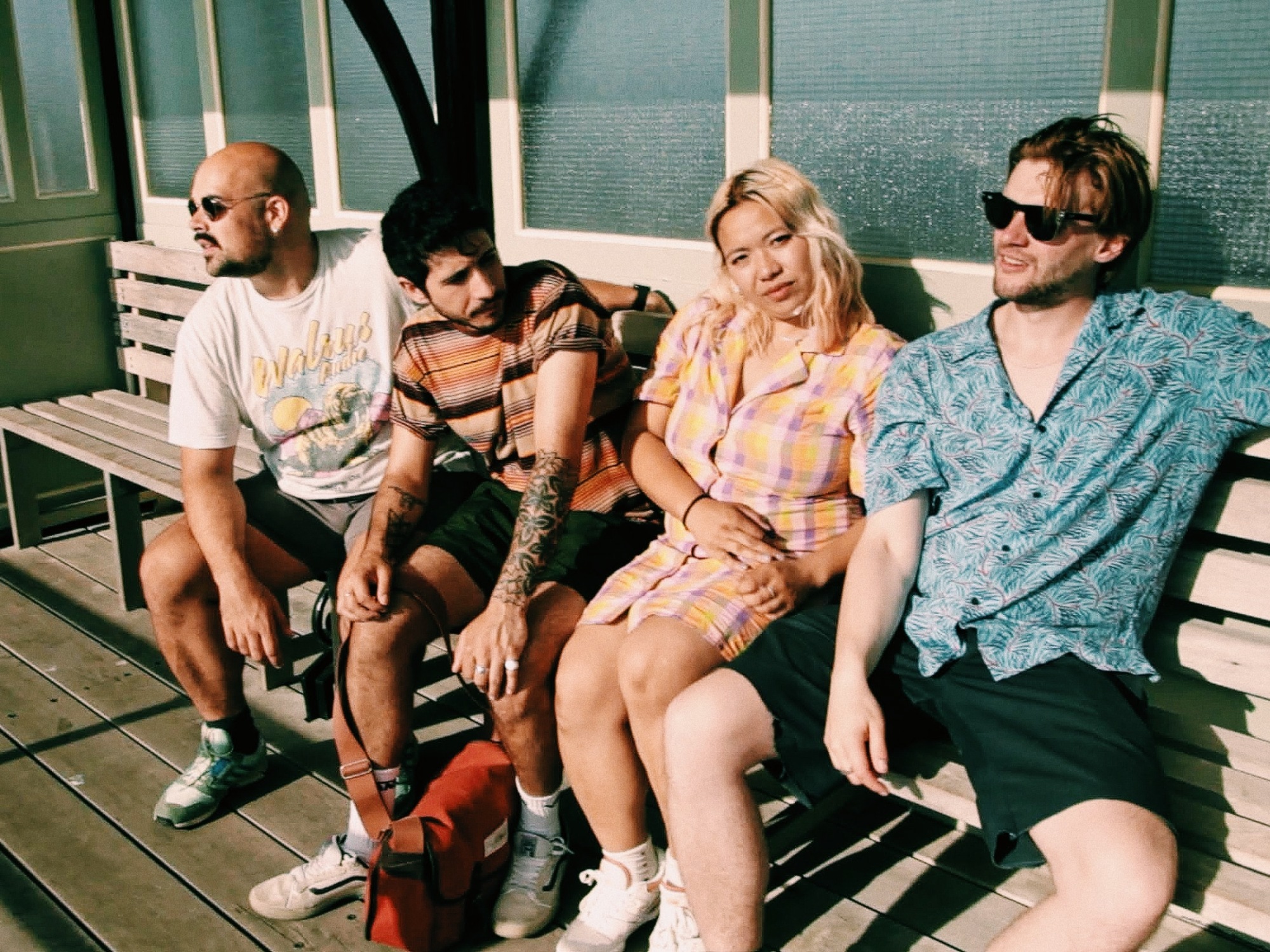 5. I Hope You Understand Whitelands Were Born For This

Formed in the West London suburbs in 2017, Whitelands began life as the project of singer/guitarist Etienne. Having played one of our monthly showcases way back in 2019, the band have been on the rise ever since and took a huge leap forward this week with the news they had signed with the legendary Sonic Cathedral records. Celebrating the news, the band shared their new single, Born In Understanding, fittingly mastered by Slowdive’s Simon Scott, a huge influence on Etienne after he stumbled across the band’s KEXP live session, when trading his love of Midwest emo for bands like Wild Nothing and Alvvays.

Originally written back in 2020, fittingly for a song about patience it took Etienne a long time to bring the track to life. Described as a song of, “longing and acceptance at the same time”, the track begins with an atmospheric twang of guitar, before the steady thump of snare and reverby whisps of layered-vocal take us firmly into classic shoegaze territory. Discussing his ambition for the band, Etienne is both realistic and ambitious, one second hoping for simple goals like more shows and more music, the next noting, “we’d love to make a mark on history, however long that takes“, on this evidence Whitelands might not have to wait very long at all.

Born In Understanding is out now via Sonic Cathedral. For more information on Whitelands visit https://whitelands.bandcamp.com/.

Elephant In Red is the new more collaborative moniker of Glasgow-based songwriter Loup Havenith. Back in January, Loup released the seven-track EP, Big, released under his own name and shared via Heavenly Creatures/Dead Hound Records. Since then Loup has been working with a crack team of musical friends, seeking to bring his take on, “low-fidelity folk-rock” to the stage. This week Loup-and-co shared the debut Elephant In Red single, Silver, the first step on a plan to hang out, make music and love each other, and maybe buy a farm and make “banging homemade pasta”.

In many ways Silver picks up where Loup left off, the influences, Elliot Smith, Big Thief, and Alex G, all remain squarely intact, it’s just the ambition that’s changed. Where once Loup’s music sounded skeletally minimal, now there’s a hint of the inner folk-rockstar, the gentle intro giving way first to shuffling Lionlimb-like skiffle, and then suddenly breaking down to nothing, before roaring into the sort of blazing slow-motion guitar howl Neil Young has spent fifty-plus years perfecting. This isn’t a step forward, it’s a giant no-look leap into a blazing star of potential, if there’s more of this kind of thing then I can’t wait for Elephant In Red to bring on the stampede.

Silver is out now. For more information on Elephant In Red visit https://linktr.ee/elephantinred.

Not a movie we’re all trying to forget existed, but a 4-piece formed on Whadjuk Noongar Boodja (Fremantle, WA), Spice World originally planned to just do a one-night-performance in late 2021. After the performance was in their words, “surprisingly well-received”, they decided to upgrade that to occasional shows and eventually a day-long recording session, capturing ten tracks in an impressively brief 5 hours. The result is the band’s upcoming debut album, There’s No “I” in Spice World, out in January via Meritorio Records/Tenth Court, which they previewed this week via their new single, Useless Feeling.

In the band’s own words, “a song about doomed crushes and wasted emotional energy“, Useless Feeling walks the tightrope between “acceptance and yearning”, pulling off the difficult job of being both sincere and deeply self-deprecating. Recalling the likes of The Goon Sax or Jeffrey Lewis, Useless Feeling bounds-along, as slaloming guitars sit atop the complex patter of drums, and the downbeat vocals play out a world of confused feelings, “I wanna make you coffee in the morning, I wanna get the wanting gone”. A record built on joy and friendship rather than pressure or expectation, There’s No “I” in Spice World nearly didn’t exist, yet now it already feels like it might just turn out to be one of 2023’s most joyously playful records.

There’s No “I” in Spice World is out January 20th via Meritorio Records and Tenth Court. For more information on Spice World visit https://spiceworld.bandcamp.com/.

I seem to spend a disproportionate amount of time this year telling anyone who’ll listen about the brilliance of Bristol’s Langkamer. Last year they released a hidden gem of a debut album, West Country, followed by the fabulous, and just the right side of weird, stand-alone single Teeth which came out in February. Wasting no time, the band have been back in the studio working on their new EP, Red Thread Route, a collection that promises inspiration from Dinosaur Jr to Jurassic Park and the Jurassic Coast, and probably some less Dinosaur-related things as well. This week the quartet shared the record’s latest appetite-whetting single, Hamlet.

Described an, “an ode to existential despair”, Hamlet is not a song that comes from a place of lightness, as vocalist Josh Jarman explains, “the questions that arise in ‘Hamlet’ come from the deepest darkest recesses of the human imagination. The lowest troughs of the mortal waveform. Theoretical oblivion”. Musically, the track is Langkamer’s usual brand of full-throttle country-tinged indie, as the meandering tones of the twin-guitars are joined by the steady drive of the guitars and Josh’s deadpan vocal style, pitched somewhere between Tugboat Captain and Car Seat Headrest. So yes, I’m here telling you how great a new Langkamer song is again, and no I’m not sorry about it in the slightest.

Dunebug played our monthly gig night at The Dalston back in April, performing a wonderful set featuring enough new material to have us very excited about what 2022 might bring for the London-based project fronted by songwriter Chi Limpiroj. While it’s taken a while to materialise, the waiting came to an end this week with the release of the band’s fabulous new single, Still Dreaming.

Described by Chi as, “a song about being scared to go to sleep”, Still Dreaming is a song about persistent nightmares, abusive past lovers and the dread that comes with both. Although listening to the contrastingly breezy vocals and sun-dappled guitars, you might not initially notice because of all the luxurious melodies drifting into your ears. As with so much of the best dream-pop, from Alvvays to The Sundays, the thrill here is in the contrast, for all the luxuriance there’s a distinct sadness to, a sense of trying to escape the world in a beautiful tune. As Chi’s reverberating vocals sing, “I don’t ever want to sleep again, haunted by your ghost again, am I still dreaming”, it’s with an uncracking sense of purpose, not wanting the pain to sound in her voice, even if it’s so evidently bubbling beneath the surface. A return well worth the wait, Dunebug might not have had the breakout 2022 I expected, but don’t bet against them being the sound of 2023, either way they’ll be well worth the wait.

Still Dreaming is out now. For more information on Dunebug visit https://linktr.ee/dunebug.