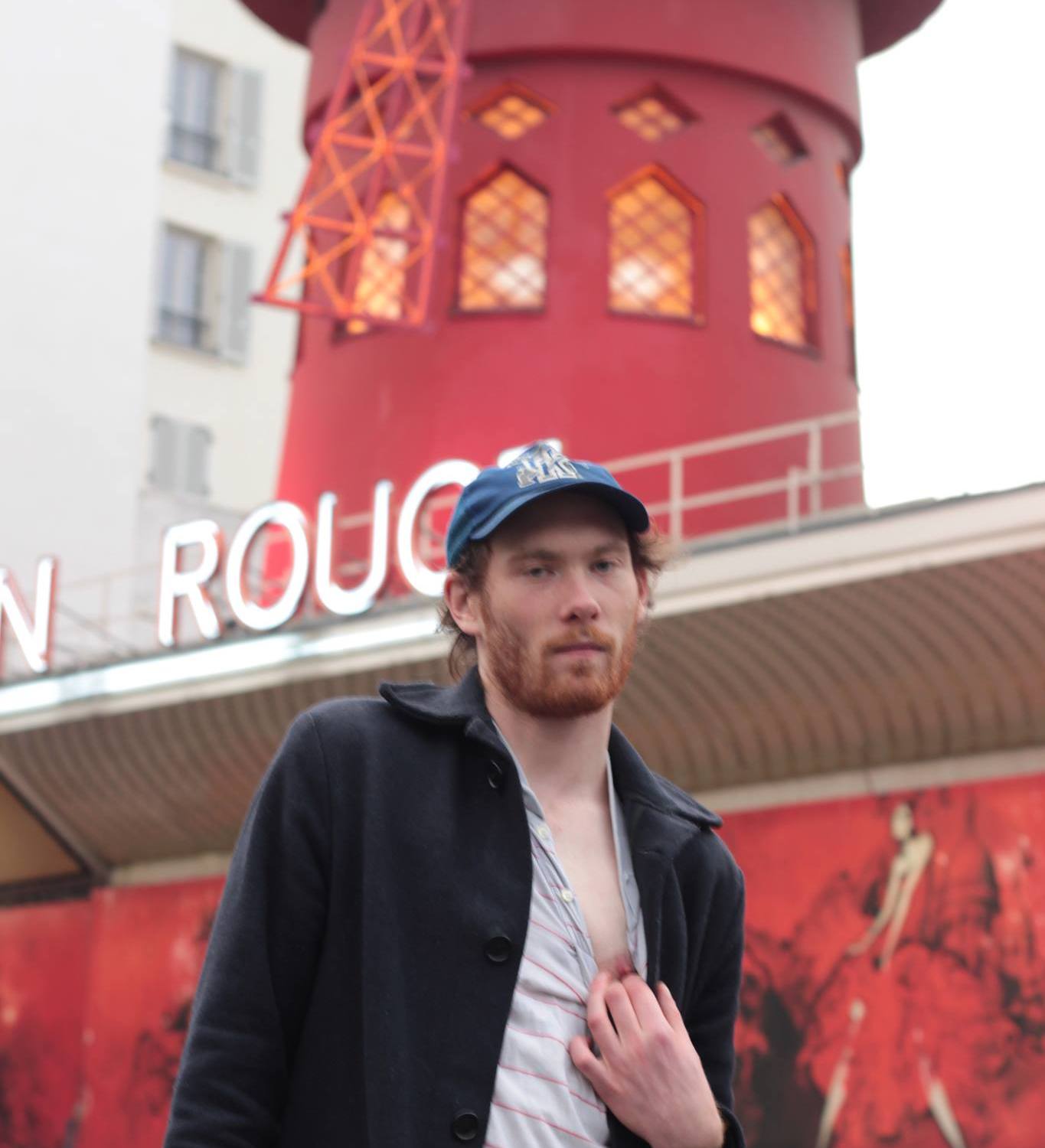 Being atheistic sorts, the pursuit of new music is about as close to a religion as we get. Musicians are our, largely a-moral, deities, record shops are our temples, and record shop staff…some sort of pastors?

Certainly a good record shop staffer can point you, often begrudgingly at first, in the direction of some of the finest tracks (hymns?) the world has to offer. What though, if your musical clergyman wasn’t just a messenger, but actually the earthly incarnation of a god; Christianity has Jesus, Irma Vep had Alan Holmes. As Irma, or Edwin Stevens to use his real name, explains, “Alan used to work at the sadly now closed Cob Records in Bangor where I would pop in every day after school and sweat over the CD racks, rooting for new records I had read about in Kerrang! magazine.” Alan saw something in young Edwin and shaped his musical taste. Edwin recalls how Alan would, “guide me towards albums that I now consider to be some of my favourites of all time, ordering in two of all the weirder stuff that was harder to get like Sunburned, Wolf Eyes, Magik Markers etc. For this I am eternally grateful, my man.” 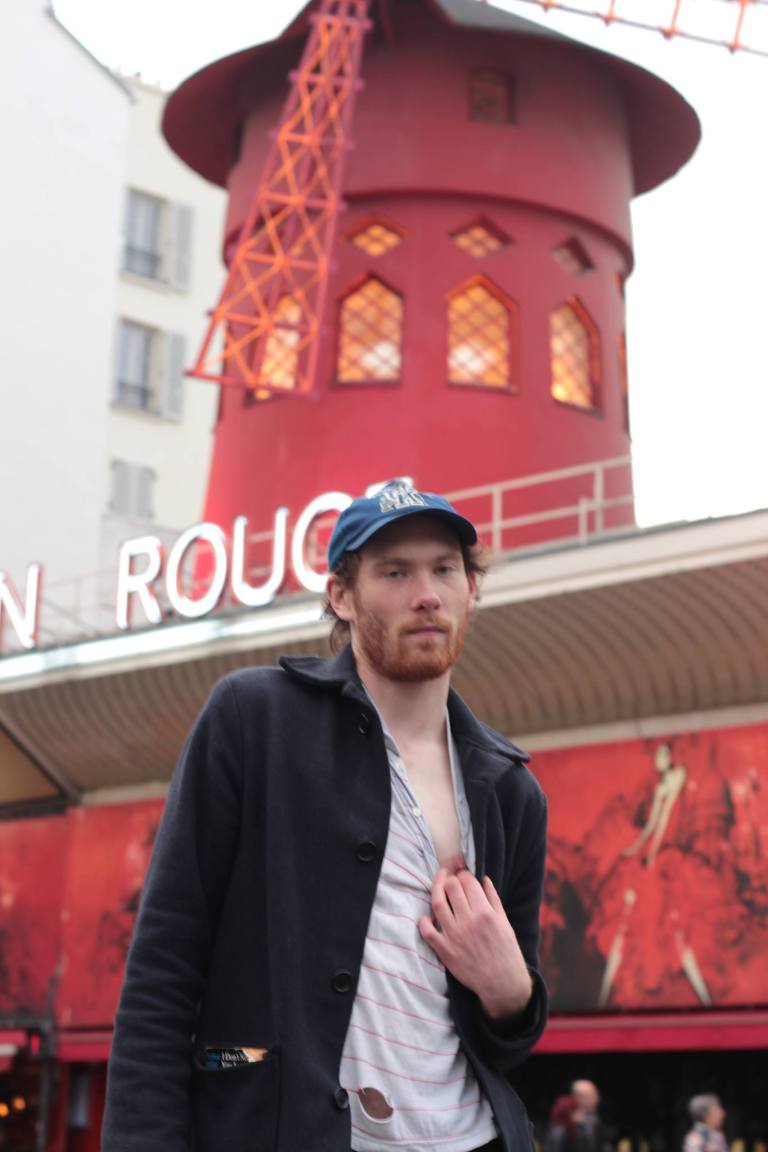 A native of Llanfairfechan in Wales, Edwin has been releasing music under the Irma Vep moniker since the release of his debut album, HAHA, back in 2012. This week he will release his latest, and to date best, album, No Handshake Blues. Having relocated to the city, Irma Vep has become a regular fixture on the Manchester DIY scene playing with the likes of Sex Hands, Klaus Kinski, Desmadrados Soldados De Ventura and Yerba Mansa, but listening to this record, it seems likely his own work might well end up out-shining all his side projects.

Coming out as a split release between Brighton label Faux Discx and Manchester’s Comfortable On A Tightrope, No Handshake Blues is an adventurous, varied and intriguing record, taking in elements of psych-blues, minimal bedroom folk and 1960’s pop, all delivered in Edwin’s easy croon, the middle ground of MONEY’s Jamie Lee or Timber Timbre’s Taylor Kirk. The album opens ambitiously with sublime, eleven minute plus, A Woman’s Work Is Never Done, which see’s John T Pearson-like guitars and string freely expressing themselves over a steady, lurching effort from the rhythm section – it might be quarter of the album’s run time but it’s worth it. Elsewhere, The Moaning Song is six minutes of swirling John Cale like experimentation, I Want To Be Degraded sounds like Cass McCombs given a lo-fi makeover, and the title track is just a brilliant piece of instrumental blues-guitar playing, as slowly resolving chords ring sweetly out of a fog of fluttering, rhythmic, finger picking. Even Plod, essentially 43 seconds of tuning guitars, weird percussion, and what sounds like a music box is wonderfully odd, rather than just odd. No Handshake Blues is a remarkable record, one that seems to exist outside of trends and time, it could have been made anytime in the last fifty years, it’s a brand-new classic in the making.

Ahead of that release, Irma Vep has today put together a mixtape inspired by his musical mentor; explaining the tape Edwin notes, “Not only would Alan influence me in the way of helping me purchase ‘the good shit’, I was also aware that he played bad ass music with the likes of Ectogram, Fflaps and the Lungs and had made more records than I’d had hot dinners. When I first started playing in bands in N Wales, he, Matt Watkins and Emyr of AnsktMusik would put us on and help us out when no one else would because we were too noisy or awkward or whatever and for that, I am well grateful. He would also later put out my first Irma Vep vinyl LP ‘HAHA’ on his label ‘Turquoise Coal’. What a Ledge.”

1. Miracle Cave – Who Loves The Sun

Trio consisting of Alan, Maria Hycz and ‘The Grand Master’. Released the album called ‘Turquoise Coal’, which would later become the name of Alan’s record label. Banging cover of the Velvet Underground, aye. Pretty sure a Brooklyn based trendy wendy label could release this now and make a few bucks…

“Miracle Cave were a shadowy and obscure Bangor group from the early eighties who released two cassette albums without ever performing live. The first, “Coping with Illness” came out in 1983 and was followed the next year by “Turquoise Coal”, after which nothing more was heard of the group.” – Turquoise Coal Blog

From the album ‘You have been poisoned by..’

The Serpents were an anonymous group of weirdos (that may or may not have included Alan, members of Ectogram, Gorkys, Rheinallt H Rowlands and Super Furries) that recorded an album of improvised craziness over a week (or two?) at Laurie Ganes legendary Bryn Derwyn Studio’s in Bethesda and Gossamer Drone. The record also features tons of field recordings collected around the North Wales area whilst probably on ‘drugs’. I think fans of Sunburned hand of the man, No neck blues band etc would like this CD. Released by Ochre Records.

“On May the 17th 1980, the quarry where Rheinallt H. Rowlands had been working for the previous thirteen years was forced to close, making all the workers redundant. Despondent almost to the point of suicide, Rheinallt walked the thirteen miles back to his isolated cottage for the final time and sat in his old wooden chair with a bowl of broth. Finding the silence unbearable, he turned on his old valve radio and, fumbling to tune it to the Home Service, he inadvertently came across the John Peel programme on BBC Radio 1. Rheinallt would not normally have paused for more than one second on such new-fangled nonsense, but on this occasion the voice that came from the crackly speaker was so deeply mournful it seemed to have a special resonance with his current state of mind. When the record finished, Rheinallt heard that the voice was that of Ian Curtis of the then popular group Joy Division and that he had committed suicide that very day. Far from deepening Rheinallt’s depression, this news brought a profound inspiration to him and he decided that moment that he would forge a new career as a popular singer. The rest, as they say, is history.” – Wikipedia

Fflaps are my favourite of Alan’s groups. They released three full length records in the late eighties and early nineties that are all incredible, especially the final, self-titled record, which this tune is taken from. Raging, rocking, out of tune, in tune, out of time, in time….tunessssss. They did some Peel sessions too and toured Europe, PRE-INTERNET! After the untimely death of drummer Johnny Evans, Anne and Alan would go on to form the legendary Ectogram with long time friend and collaborator Maeyc Hewitt.

This is an epic slab of woozy and weird rock and roll if you ask me. No idea what timing it’s in but it is fuh-lipp-in groovy!!! Taken from the record ‘Tall Trees Falling’ on AnkstMusik and produced by David Wrench, this tune sums up da ‘gram’ to me. Steadily raging…or something. We used to go watch them play at Hendre Hall, usually at a night Matthew Watkins would put on where me, Jake and James would drunkenly chew their ears off about jamming and doing a ‘split’ with our band Klaus Kinski. Do people still do splits? They were quite the ‘thing’ back in 2006. We would later do the ‘split’ AND jam (documented here) and they still stick in my memory as some of my favourite times had jamming. Ectogram released around 18 records in their time through labels such as Ankst, AnkstMusik, Turquoise Coal, Atol (Emyr Williams’ vinyl only label) and Kraut-rock legends Faust’ ‘Klangbad’ imprint.

This is mine and Dylans favourite Gorky’s song of all time, we covered it a few times in Sex Hands. The video is fun as fuck and was directed by Emyr Williams. Alan produced this single as well as a lot of the early Gorky’s stuff that was put out through the beloved Ankst Records. He designed all the early record sleeves for them to boot!

One of my favourite tunes. Alan isn’t directly involved in the making of this, as far as I know but it was included on the ‘Burning Down The Chapels‘ compilation that he put out in 1988 through his previous label Central Slate. Welsh born, now Manchester based sex bomb Llion Swyd does a mean cover of this too! Check it out!

Parking Non-Stop is the trio of Alan, Zoe Skoulding and Dewi Williams. They write and improvise music around field recordings they collect to create a sort of location based or site specific music, I guess? Maybe I’m (probably) wrong but either way, its great to watch live as when we used to pay lots of shows together in the Anglesey Arms, they were usually accompanied by warped and distorted visuals that would mess with my melon. Their debut album ‘Species Corridor’ was also release through Faust’s ‘Klangbad’ label. This is a great, swirling live track that sums them up I think. I hope they play more in the UK one day!

This was a fun but hard one to make but there is so much more that can be explored! Turquoise Coal is an amazing place to start. A web site dedicated to archiving lost (and not lost), Bangor and North Wales weirdo-music from the late 70’s onwards that Alan was and wasn’t apart of. Sadly the links don’t work anymore as Rapidshare are shite but maybe this will be an incentive for him to start uploading again and it’s also great to read through the history of all the stuff on there.

No Handshake Blues is out January 13th via Faux Discx & Comfortable on a Tightrope. Click HERE to keep up with all upcoming Irma Vep shows.

One thought on “Alan Holmes – A Mixtape by Irma Vep”