Although now based out of Glasgow, it is childhood home on the West Coast of America that seems to so deeply inspire Neon Coast, the debut album by A. Wesley Chung. Probably best known as a former collaborator of  Into It. Over It. and Avi Buffalo, A. Wesley Chung approached his debut album with a clear and ambitious idea. “I’ve tried to explore the three themes of ‘freedom’, ‘lonesomeness’ and ‘restlessness’ through the sounds of Country, Motown and Folk/Americana that I grew up listening to in California.” The record doesn’t just take these words as loose themes; it seeks to explain them, arguing they’re all part of a deeper struggle between life and death, between the self and shared, communal experiences. How we desire to be individuals, to discover a self-realisation, and often retreat from the world as a result. 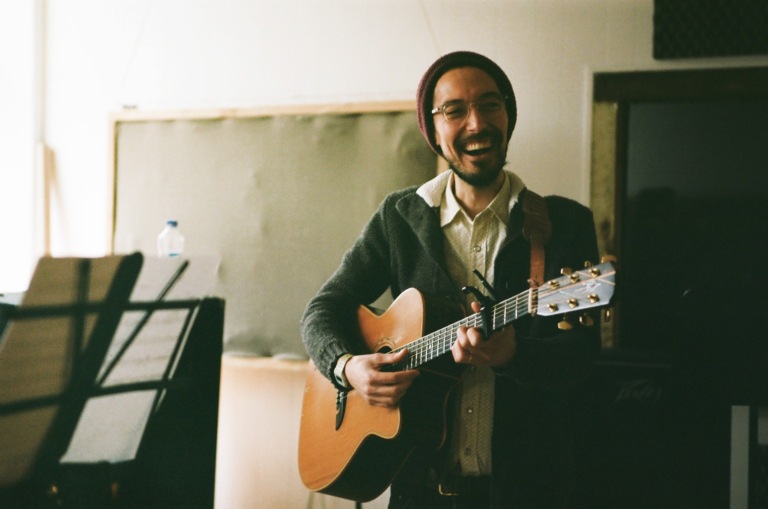 While thematically, deeply influenced by California, a state that perhaps more than anywhere else on the planet reflects the battle for a perfect life, musically, Neon Coast is more of a travelling album. “I wanted to create a mid-tempo’d album that unfolds and reveals itself in its own time, while still being vibrant enough to engage on first listen. That is what makes me think of it as a road trip album, it has a movement that reveals itself over time; it’s like something familiar and well-worn from home that you take with you to the new places you go.” It is a an album that revels in it’s perfect imperfections, recorded almost live, it is more about a moment and an energy than a perfect sonic ideal. Recalling acts like Wilco, or My Morning Jacket, these are songs that are at once ambitious and instrumentally bold, without ever feeling showy or over complicated. From the moody slide-guitars of the title track to the almost calypso-sounding Helen, it’s a record that never fails to sound wonderful.

Ahead of it’s release tomorrow, you can listen to the Neon Coast in its entirety below, and then read on as A. talks us on a track-by-track guide to what this album means to him.

Coffee & Cream
This song is about my morning rituals, the beauty in the mundane and the unfolding clarity that I get between waking and my commute to work.

Restless
This one’s about the underlying restlessness that permeates modern life and our search for self-actualization and success.

Helen
“Helen” is about my incredible wife. I wanted to write a big song that could convey celebration, strength and adequately contain big metaphors, so it sort of naturally became inspired by mariachi. When you grow up in Southern California, mariachi is this ubiquitous sound you grow up hearing; it becomes the soundtrack of life on the West Coast and always makes me miss home and the rich cultures that make it vibrant and beautiful.

The Golden Poppy
Just a tune dedicated to the lonesome landscape of open expanse and Steinbeck. 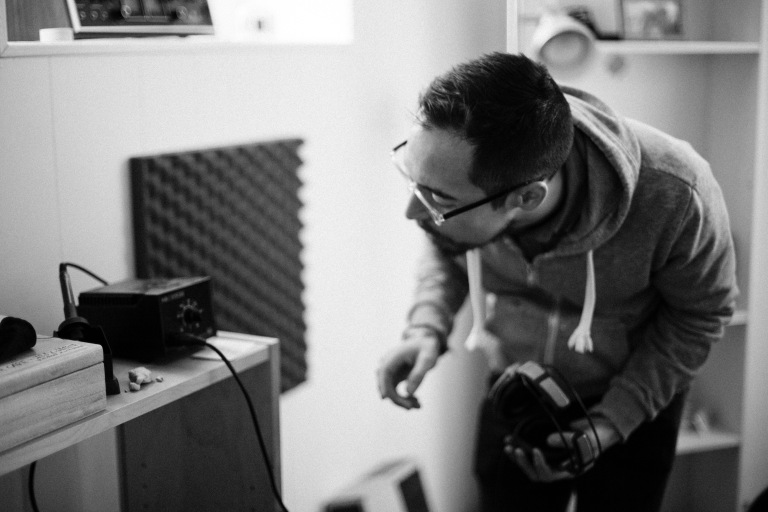 Neon Coast
A song about the tension between individual freedom (negative freedom) and the desire for community, the lonesomeness that comes with our restless desires and ultimately how lost we become in the midst of our self-indulgent search for meaning.

Northwoods
This song is about the mid-westerns in my life that have come out west to California. Inspired by the work and early life of photographer and friend, Kurt Simonson (see Northwoods Journals: www.kurtsimonson.com/northwoods-journals).

Abandon (The Farthest Shore)
This one is about creativity, success and true desire, as well as our desire for freedom from death through self made immortality. Inspired by the “golden oldies” my mom would play on the way to Seal Beach.

Kansan
My Gong Gong’s middle name is Kansan, taken from the name of the boat (“The Kansan”) that took him and my great-grandparents from China to Hawaii. It is also the name of my nephew. It is a simple melody to honour the family and that journey.

Oh Death, Where is Your Song?
This song is about death and eternity..haha..Saved the big stuff for last 🙂

Neon Coast is out tomorrow via LP Records. Click HERE for more information on A. Wesley Chung.

One thought on “[Album Premiere] A. Wesley Chung – Neon Coast”