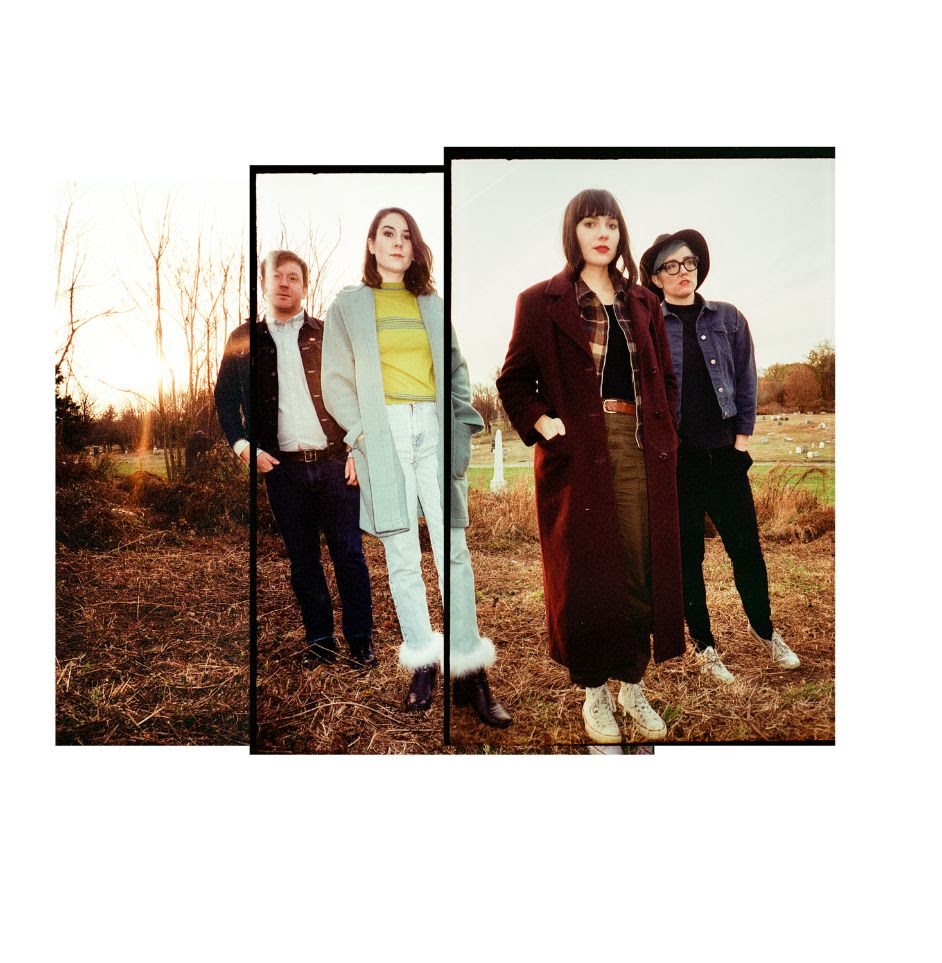 5. Go In And Play With Skating Polly

Hailing from Tacoma in the grunge heartland of Washington, fiery grunge trio Skating Polly formed back in 2009, when step-siblings, Peyton Bighorse & Kelli Mayo, were just fourteen and nine respectively. Now some nine years, and five albums later, the band are well established at the forefront of modern bands re-imagining the Riot Grrrl sound. This week ahead of their upcoming UK tour dates, the band have shared their new single, Play House.

The track is a delightful amalgam of bubble-gum pop and howling noise, as muted guitar chords strut menacingly atop primal rhythms, and the vocals slide from dismissive snarls to raging yelps. Almost as fun as the track is the accompanying neon make-up filled video, featuring a memorable cameo from David Yow, frontman of Chicago noise-rock greats, The Jesus Lizard. A timely reminder of just how much rambunctious, riotous fun Skating Polly always seem to be having, and thankfully we’re all invited.

4. The Deadbeat Beat Will Lift You Up

Deadbeat Beat originally formed as the blossoming of a friendship between high school pals, Maria Nuccilli and Alex Glendering. Now expanded to a trio, and based out of Detroit, the band are set to release their new album, How Far in August, and have this week shared the first single from it, You Lift Me Up.

While the band members have already ventured into other musical outlets on the Detroit scene, they’ve always come back to Deadbeat Beat. Some of those other influences, what they describe as, “the blacked-out guitar scuzz of their friends and neighbours”, filter into the band’s sound, yet there’s something more introverted and distinctly cloudy about their music. There’s a bit of the jangling guitars, the sort so omni-present in Northern England circa-1988; the driving snare hits have a bit of a modern indie-pop feel and the deadpan vocals would fit neatly between Pavement and Savage Mansion. Embrace the Deadbeat Beat, a sound routed in musical history, that equally looks likely to have a very bright future.

How Far is out August 2nd via Crystal Palace & Arrowhawk Records. Click HERE for more information on Deadbeat Beat.

3. Julia Meijer Will Only Fly Away

We’ve already nailed our colours to the Julie Meijer mast, after she caught our ear on a series of well received singles. The Swedish-born, Oxford-based, songwriter is set to make her strongest musical statement today, with the release next month of her debut album, Always Awake. Ahead of that release, this week Julia has shared the latest single from the record, En liten fågel.

Translating at, The Little Bird, En liten fågel is probably the darkest, and most atmospheric track we’ve heard from Julia so far. Built around clattering almost industrial percussion and haunting, reverberating vocals, the track seems to find the previously untapped middle ground of The Twlight Sad and Vashti Bunyan. Julia Meijer feels like an artist impressing more with each new track, with every release it feels a little more exciting, a little more intriguing and a little more like a star in the making.

Indiana-based songwriter Kevin Krauter doesn’t seem like a musician with any desire to hang around. Following hot on the heels of his well-received 2018 debut, Toss Up, Kevin has this week shared a new single, Pretty Boy, as well as confirming both a US tour with Soccer Mommy and that he is already in the studio working on his brand new album.

Pretty Boy seems to pick-up in the same dreamy musical environment that Toss Up left behind, as laid-back vocals and steady drums play second fiddle to the hypnotic lead guitar. It was the aforementioned guitar that inspired Kevin on this track, which as he explains, is, “a product of teaching myself a new way to play my guitar and learning new ways to express feeling through my instrument”. Long before the words or melody came to him Kevin would sit and meditate on this guitar line, the period of creative guitar playing coincided with, “a lot of unexpected love and confidence in myself”, and the track was born. If Pretty Boy is a sign of where Kevin Krauter’s music is headed next, his upcoming record might just be spectacular.

Toss Up is out now via Bayonet Records. Click HERE for more information on Kevin Krauter.

1.  Field Mouse Get To The Heart Of The Meaning

“It’s more or less about the end of the world and all of the ways that it seems to be happening”, so say Field Mouse of their upcoming third album, Meaning. As bold sweeping themes go, we’re sure you’ll agree it’s a strong one. Meaning will arrive in August on Topshelf Records, and this week the band have shared the first taste of the record, Heart Of Gold (not a Neil Young cover, sadly or otherwise).

Heart Of Gold is a bombastic introduction to the record, as the steady pound of snare plays off against twiddling lead-guitar lines, and Rachel Browne’s vocal, nodding to Waxahatchee and Stars in equal measure. Lyrically the track seems to deal with keeping hope in the face of adversity, “I can see the future and it looks gray”, they note, before declaring a sense of positivity, “I still got a heart of gold, I still got a heart”. Discussing Meaning, Rachel suggests a lot of it deals with the importance of art in plotting a path through the dark, “what I do know is that art connects us to each other and to our feelings and ourselves. It is a life raft, and I hope that we can all continue to put it into the world” – keep sharing tracks this good and you won’t hear any argument from us!

Meaning is out August 16th via Topshelf Records. Click HERE for more information on Field Mouse.